Why Will Taxes Increase in Mississauga for 2019?

Mississauga is a growing city, and as costs increase, so do some taxes.

The City of Mississauga's proposed budget and business plan were recently released and a public meeting was held at City Hall. Various parts of the proposed budget were discussed, such as how the budget will be allocated among the 18 different services offered by the city and how Mississauga, as the sixth largest city in Canada, will continue to focus on growth for the future.

The costs of operation will result in an overall proposed 2.75 per cent increase on the 2019 residential property tax bill.

Let's delve a little deeper into how the tax increase was proposed.

Jeff Jackson, Director of Finance and Treasurer at the City of Mississauga, outlined the various components that directed the residential tax numbers.

Many of the services offered by the city require continuous maintenance to uphold standards, usability and to comply with regulations. Currently, the city owns $9.2 billion in infrastructure. The chart below outlines how the roads, stormwater and buildings are some of the most costly assets to replace. 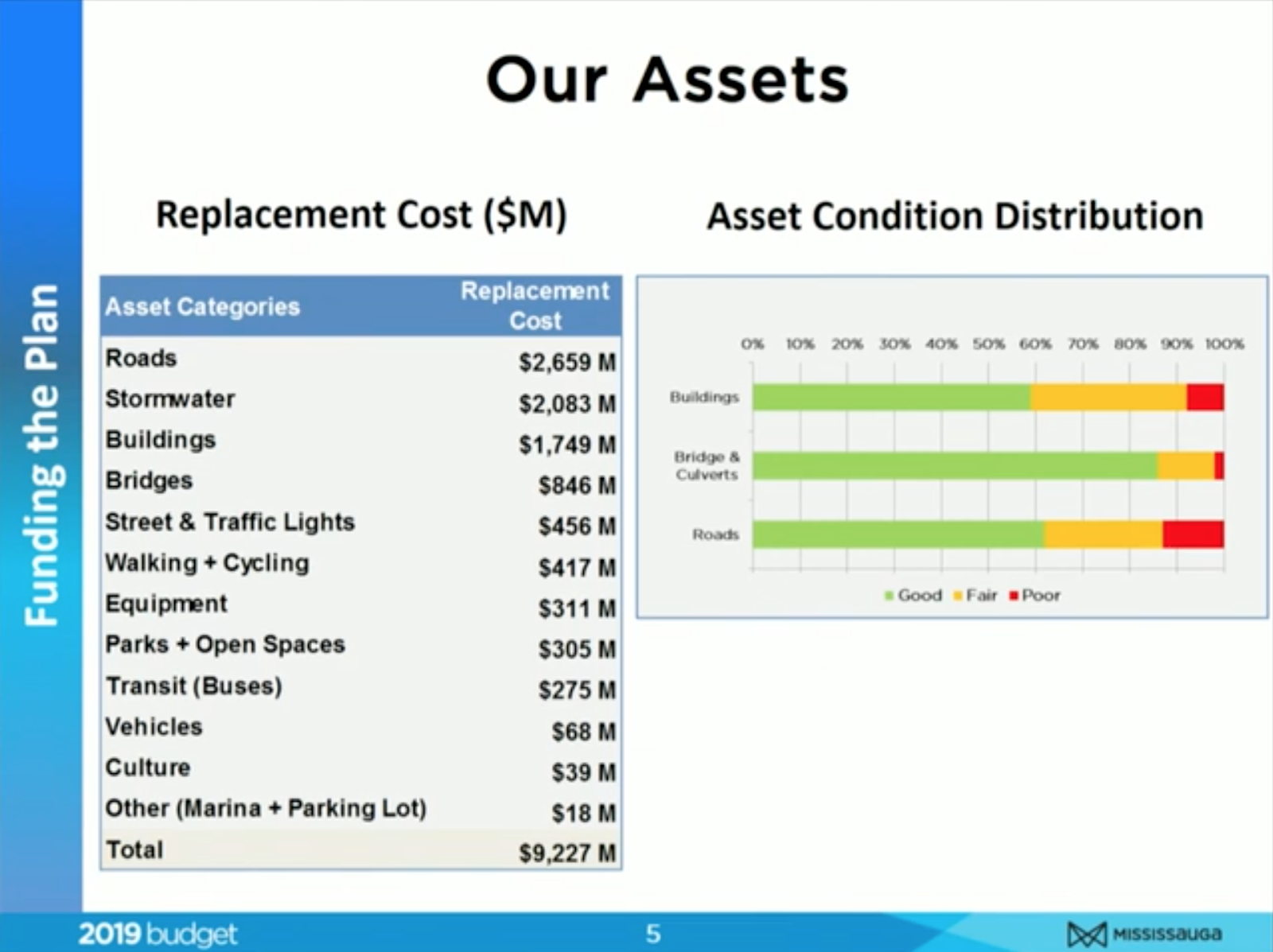 In order for the city to maintain its infrastructure in its current condition, an additional $6.8 million is proposed for 2019. This will result in a 2 per cent change to taxes.

In addition to infrastructure costs, there are the costs related to maintaining current services. Over 60 per cent of the current costs are related to labour. Some residents often express concerns about civil servants being overpaid. Because of that, the city issued the following statement on the 2019 Budget page:

"Mississauga aims to attract the best-qualified people to deliver our programs and services. We benchmark against other municipalities and public sector organizations to ensure we offer competitive yet cost-effective salaries and benefits that are in range with comparable organizations across the country."

Some individuals have consistently asked and questioned staff at City Hall as to why the taxes are not tied to inflation.

There are some concerns from residents that the taxes are rising too quickly.

When looking at inflation, Jackson said that there are many ways to measure inflation. So when taxpayers mention the word, it can become unclear as to what rate of inflation people mean. Jackson used the Consumers Price Index to base the rate of inflation against increase in costs. 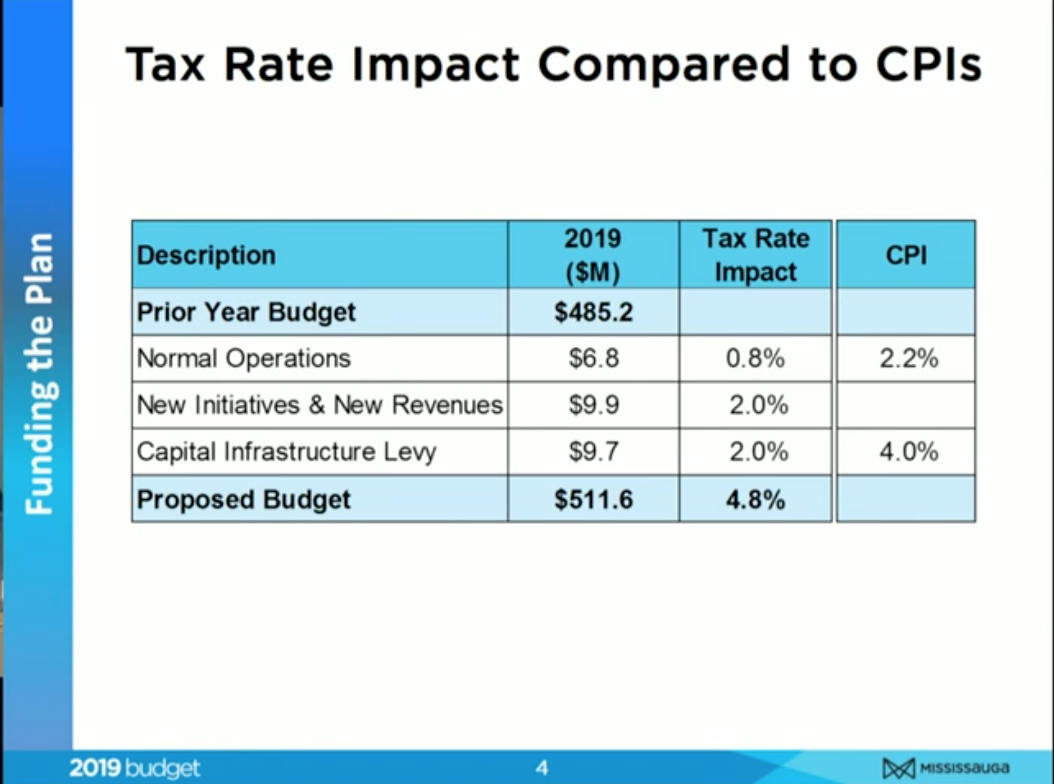 Jackson pointed out that compared to the Consumers Price Index, the proposed changes are not significantly out of range.

In regards to normal operations, the tax rate impact is only 0.8 per cent compared to the Consumers Price Index (CPI) at 2.2 per cent. With new initiatives and revenues, the change to the tax rate is 2 per cent. This is not based against an index as these are new initiatives for which costs will first be incurred in 2019—there is no base year as of yet. For the capital infrastructure levy, there is a 2.0 per cent change to the tax rate and compared to the CPI at 4.0 per cent, Mississauga is doing well at 2.0 per cent.

To get involved in the discussion you can attend any budget meeting at City Hall or see mississauga.ca/budget