Why that memorial arch in Niagara Falls was dismantled in 1968

The Clifton Memorial Arch, seen in the lower left of this postcard, was erected in 1938 but then torn down in 1968 as it was seen as impeding traffic flow.

The Clifton Memorial Arch only had a 30-year shelf life.

Unveiled in 1938, the structure, which sat at the foot of Clifton Hill, came down in 1968 with its pieces now scattered here, there and everywhere.

The arch was created to commemorate the 100th anniversary of the Patriot War, which was a conflict along the Canada-United States border where bands of raiders attacked the British colony of Upper Canada more than a dozen times between December 1837 and December 1838.

With a handful of British settlers also fighting on American side because they didn’t believe Great Britain rule should remain in Canada, the one-year skirmish, many of the southern forces were rounded up in Buffalo by the U.S. Army when it became apparent the border couldn’t be violated.

One of the panels on the Clifton Memorial Arch listed the names of all those executed by the British crown during its “regime of terror” that followed the battles. It was a fitting tribute to those who fought for liberty in this land at the price of their lives.

The inscription on the Arch once read: “This Memorial was erected to honour the memory of the men and women in this land throughout their generation who braved the wilderness, maintained the settlements, performed the common task without praise or glory and were the pioneers of political freedom and a system of responsible government which became the cornerstone of the British Commonwealth.”

However, the arch only lasted for 30 years because of the most pedestrian of reasons. In 1968, city staff decided it impeded a proper traffic flow and ordered it dismantled.

Most of the pieces, included those with inscriptions, are now stored in various locations throughout Toronto. 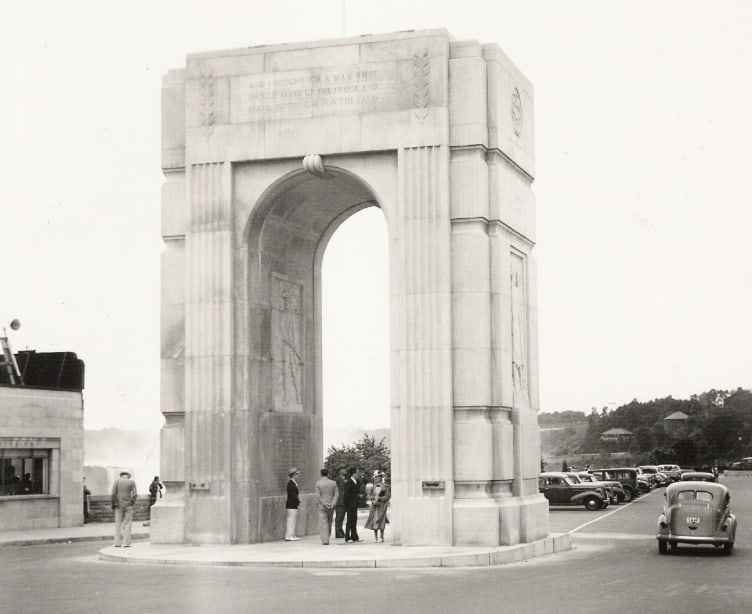 The Clifton Memorial Arch is shown here in a photo from the 1940s.