Why anyone who deferred mortgage payments should check their credit score 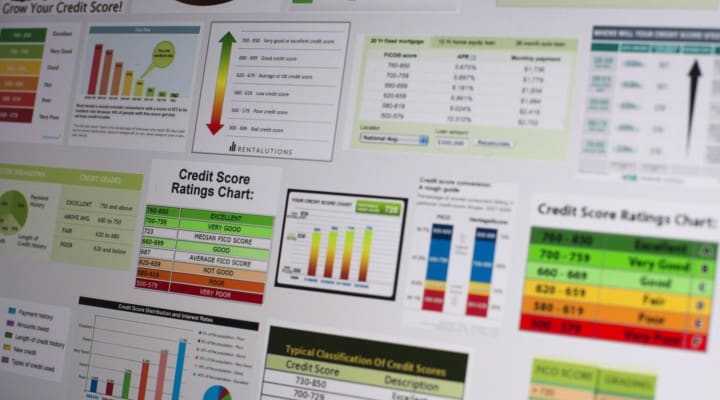 TORONTO — Hundreds of thousands of Canadians have been negotiating with lenders over the past few months, hoping to hold off paying debt amid the COVID-19 pandemic.

Now, those payments are beginning to filter through the credit reporting system.

“We have seen the average number of accounts that are in a payment deferral status triple since before the pandemic,” says Eva Wong, co-founder and chief operating officer of Borrowell, which offers free credit scores and reports.

“It shouldn’t impact the credit score, but it should show up on the credit report.”

The Canadian Bankers Association said that as of June 30, 760,000 account holders had negotiated mortgage deferrals or skipped payments, while 445,000 had requested deferral for credit card debt.

According to Equifax, deferred payments — many agreed to as part of COVID-19 relief programs — don’t harm borrowers’ credit scores. But the payments must be reported in a certain way, and the status of these payments may not get reported to Equifax for up to 30 days.

It’s important to make sure these deferred payments are reported correctly to credit bureaus, because even one false late payment can drop a credit score by as much as 150 points, says Wong. Credit scores are used not only by lenders, but also checked by cellphone carriers, employers and landlords, Wong says. Because it takes time to correct a credit score error, waiting until you “need” your high credit score is a risky move, she says.

“Depending on the type of error, the longer it persists, the more negative the impact,” says Wong. “If it’s showing up as a late payment and it goes to month two, then it’s two months of missed payments as opposed to just one. So I would encourage people to check their credit report and make sure that everything on there looks right.”

Anne Arbour, a financial educator at the Credit Counselling Society in Toronto, says that Canada’s two credit-reporting agencies, Equifax Canada and TransUnion Canada, are data aggregators, and it is up to the lenders to create policies on how they report the deferred payments. It’s important for consumers to get clear documentation of their agreement with their lender — such as a bank — when it comes to how they are reporting deferred payments, she says.

“Get as much detail from the lender, from the creditor, as possible about what a deferral will mean and what their practices as far as reporting it — so, whether it will impact somebody’s rating or their score or not,” says Arbour. “And if there is any issue or concern, deal with the creditor first, getting as much written information as possible.”

Arbour noted that deferrals are not an automatic license to skip payments — not only must a formal agreement be struck, but many lenders may have explicit instructions on how interest or even late fees accrues while payments are halted.

Taylor Little, chief of Vancouver-based alternative lender, Neighbourhood Holdings, says that many people skipped payments based on reading about deferral programs, without actually checking to make sure whether the lender was offering deferrals or some other type of payment plan instead. Doing that can hurt a credit score, and likely won’t be counted as an error, he says.

When checking with lenders, Arbour says people should collect a copy of the agreement, a file ID or reference number, and the name of the agent with whom they spoke, in case this information is needed to file a credit score dispute down the road.

If a consumer notices something that might be wrong on their credit score —such as a deferred payment being counted as “late” — the lender is once again the first stop, she says.

“Going back to the creditor themselves is a good first step,” she says. “[Equifax and TransUnion] have worked closely with the Canadian Bankers Association, with the lenders, everybody to try and come up with a way to report any deferrals, whether it was mortgages or credit cards, in a way that wouldn’t penalize the consumer. But the onus ultimately was on and is on the creditors to change their systems.”

In addition to requesting a fix from the lender, consumers can ask Equifax or TransUnion to investigate a mismarked payment, through a credit report update form or investigation request form. Separately, consumers can also now put a “consumer statement” to a credit report to signal to lenders that something is being disputed. Equifax Canada gives an example: “Be advised that the negative accounts on my credit report are related to the Covid-19 pandemic. I intend to make these up as soon as I can find a job.”

Keeping on top of errors — and being quick to correct them if they happen — is easier if consumers stick with a routine and understand the parts of the credit scoring process, says Arbour. For example, free services that offer credit monitoring offer more frequent updates and are different from Equifax or TransUnion’s free yearly reports. Those annual reports from Equifax or TransUnion are also different from the formal scores checked by lenders in a “hard” credit check, she says.

She advised that consumers can take advantage of both credit monitoring services and free yearly reports.

“There’s no sort of one size fits all answer — very often mortgages don’t actually appear on credit reports,” says Arbour. “[Mismarked deferrals] haven’t been brought up as a concern just yet. . . . I think come September, it might be a different story. Once deferrals are over, unless people are checking their credit report, they won’t notice it unless they’re in a situation where they’re having to renew their term or renegotiate a rate or a debt management program.”