Why 2016 Was a Huge Year for Brampton Musicians 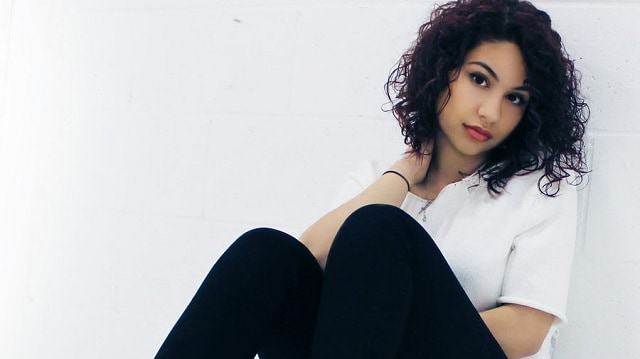 As we kick start 2017, I can’t help but reflect on how far Brampton’s amazing music culture came during 2016.


As we kick start 2017, I can’t help but reflect on how far Brampton’s amazing music culture came during 2016. We had some of our artists gain global recognition, while others were able to display their talent more frequently due to the avenues that became available within our city. I had the luxury of bearing witness to a lot of these moments firsthand, and the progress that was made over the last 12 months certainly makes me excited for what’s to come in the future.

Check out some of these moments below:

The Rise and Reign of Alessia Cara
About a year ago, a young Brampton artist was lighting up the world with her debut track “Here.” The song sampled some classic Isaac Hayes, and was a destined hit due to its catchy melodies and deep lyrics. Come January, after a day of venue hopping for our wedding (which was taking place in November), my future wife turned to me and told me she got us a tickets to a concert but would not disclose who it was. Nervousness turned to excitement as we drove to the Danforth Music Hall in Toronto, and I saw Alessia Cara’s name on the marquee. I felt genuinely excited and proud that somebody from our city had sold out the Toronto venue two nights in a row. From there, she went from playing small music halls to opening for Coldplay’s over the summer and hitting Gold with her debut “Know-It-All.” I got to see her live once again when I went to the Grey Cup in November, and it’s amazing to see how much she’s grown as an artist. Alessia Cara definitely made her mark this year and I can’t wait to see where her career goes in the future.
[video:https://www.youtube.com/watch?v=De30ET0dQpQ]

Roy Woods Takes It Back To Brampton
OVO artist Roy Woods had a breakout year in 2016. Whether it was releasing two albums, going on tour with Drake and Future, and working with the likes of Travis Scott and Ty Dolla Sign, Woods certainly made his mark across North America. What really resonated with me was his ability to take it back to his roots with the video for his song “Gwan Big Up Urself” from his album “Waking At Dawn.” The video was shot and filmed at Turner Fenton Secondary School, in particular on its legendary Trojan football field. Being a Turner Fenton alumni, I felt very nostalgic to see my high school in a big time music video. The video also featured Brampton’s own 4Yall Entertainment of YouTube viral fame, and was another prime example of how mainstream a city outside of Toronto was becoming.
[video:https://www.youtube.com/watch?v=AiPYEpvSaxk]

Team Backpack Embraces The Flower City
For the last seven years, the Team Backpack movement has been playing a pivotal role in showcasing some of the most skilled emcees across the globe. With Brampton gaining its props on a national stage, it only made sense for the collective to stop by the Flower City and showcase some of the best talent Brampton had to offer. The emcee line-up was impressive, as you had a who’s who of Brampton come together, including Pryde, Noyz, Tremayne and Derin Falana – all of whom have been putting in work for the city for quite some time. The video, which was shot by creative collective 40oz Heroes, put a shine on the city that it had not been seen before. Each emcee came equipped with a set of rhymes that made you appreciate the wordplay that sometimes get forgotten in hip hop. Knowing Noyz and Tremayne personally, this was a proud moment for a city that’s been overlooked for so long. Also having the video shot at Sonny’s gave it that extra touch (and also made me hungry for a Sonny’s cheeseburger). The TBP video was just another example of the talent we have in the city and with over 170,000 views on YouTube, that couldn’t be more apparent.
[video: https://www.youtube.com/watch?v=X8OOgq_4fyA]

Raptors Get an Alley-oop from Rajan
The Toronto Raptors had its best playoff run in franchise history during the first half of 2016, and nothing was cooler than hearing Brampton’s own Rajan provide the team’s official rally cry with “Northside Since 95.” The track, which follows Rajan’s passion for Canada’s only NBA Team, became a playoff anthem. It was used during the game broadcasts and even garnered the respect of star player DeMar DeRozan. The track epitomized what “We The North” was all about and allowed Rajan to showcase his skills to a broader audience. My favourite moment came during a show that I helped organize at the Spot 1 Grill in Brampton, in which Rajan performed the track and led the audience to a “We The North” …in July (months after the season had ended). Rajan’s definitely an artist to watch in 2017, and I’m excited to see what comes next for him.
[video:https://www.youtube.com/watch?v=o_NpUFG_0lE]

SXSW Adventures with the Brampton Underdogs
One of my favourite moments of last year was being able to head down to SXSW (South-By-Southwest) with Brampton’s Movin’ Cool (Noyz and B-Magic) and producer Dusty Loops. The collective was selected amongst an elite group of artists to perform at this year’s showcase, and having this opportunity was truly an honour for the team. What really resonated with me was the amount of support the group got when meeting artists from all over the world, in particular when they would mention where they were from. Not only were people aware of Toronto (thank you, Drake) but they were also aware of Brampton too.
The energy during the actual show was all love and I for one was proud to see these dudes rock a crowd of individuals, who for the most part were not familiar with their work, but certainly became fans after the show. Another thing I found really cool was walking down the streets of Austin and seeing people wearing Tory Lanez t-shirts or hearing that Roy Woods was opening up the OVO showcase for Drake. Brampton was definitely making its mark in Austin, Texas. As a lifelong resident, who wouldn’t be happy to hear their city get so much recognition in the U.S.? As for Movin’ Cool, the momentum continued in 2016, as they were able to play Canadian Music Week, a headlining gig at Garden Square in downtown Brampton and the Manifesto in Toronto. This will certainly continue in 2017 with the release of more new music amongst all three members.
[video:https://www.youtube.com/watch?v=f2BQecU5NKc]

Garden Square Became a Summer Staple
Another one of my favourite moments in 2016 was being fortunate enough to host the Garden Square Summer Concert Series this past summer in downtown Brampton. Not only did this series showcase some amazing Canadian artists like Lucas DiPasquale, Sun k and The Elwins, each opener was a Brampton artist. Personal highlights of this series included Selena Dhillion and Daysdeaf performing a soulful set together before a thunderous rainstorm began (luckly the storm waited until they were finished), seeing punk band Downturns almost start a moshpit in the Square and the sounds of Brampton Jazz artist Carmen Spada using his talent to get people of all ages up and dancing. The Square was something special each Friday night during the summer, and seeing the city provide its artists with an opportunity to perform at one of their premiere venues was a big step forward for Brampton’s music scene.