Who is Running in Mississauga's Municipal Elections?

The deadline to register as a candidate has come and gone, and the list of candidates running in this upcoming municipal election has been finalized.

With a shortened registration period, new fundraising guidelines, and the requirement of 25 signatures from residents endorsing your run, it's no wonder that some candidates scrambled a bit at the last minute to file their papers properly, as you can see from this picture taken at the city clerk's office on July 27. 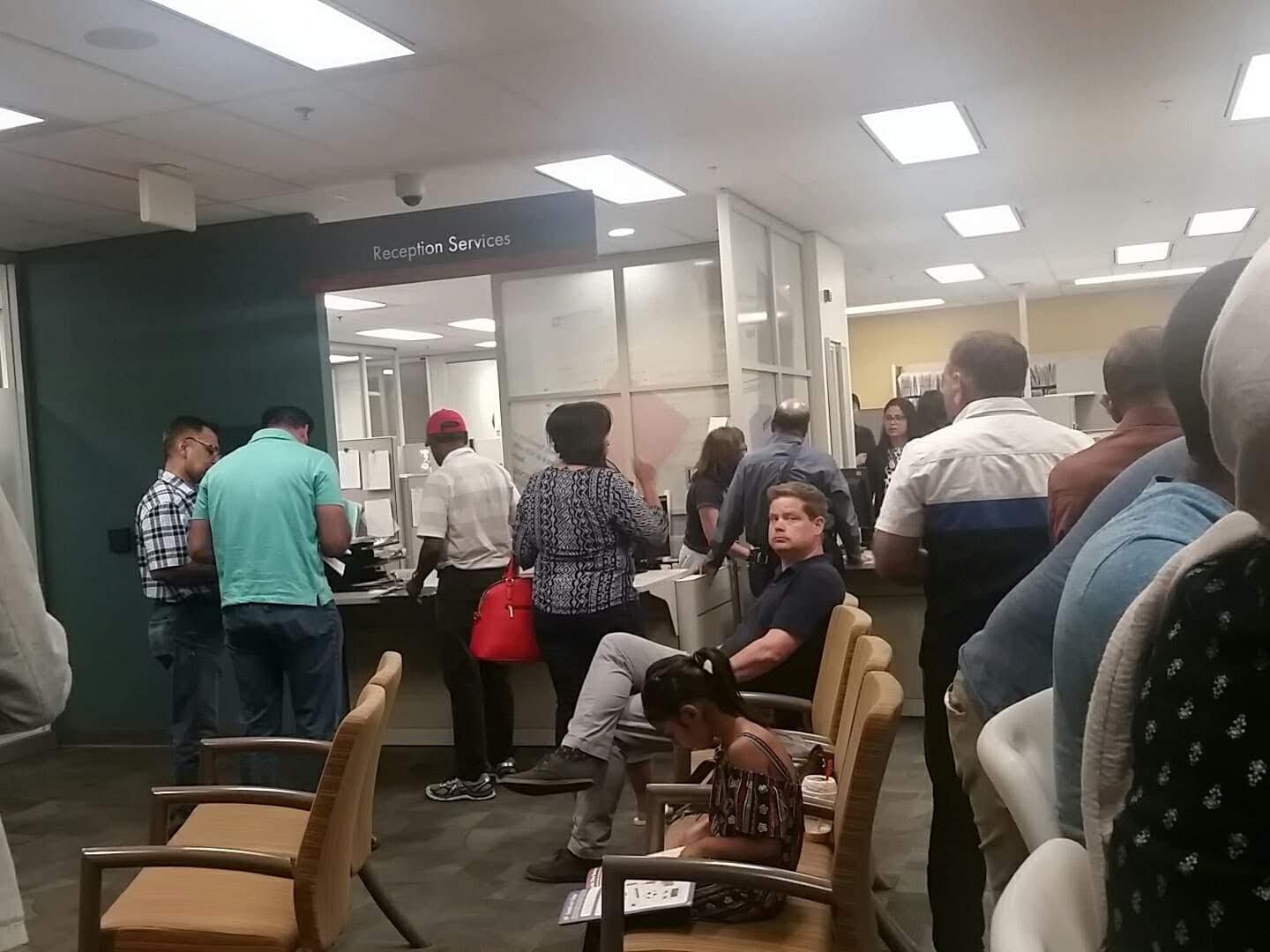 City officials were very strigent on adhering to the rules. Once the clock struck 2:00 p.m., city clerk Diana Rusnov announced that no more new nominations would be accepted; anyone who was registering already and in the room was allowed to continue.

Mississauga has 11 city wards, each electing one city councillor who doubles as a regional councillor at the Region of Peel, along with the mayor. Public school trustees are elected in two city wards each, except in Ward 5. 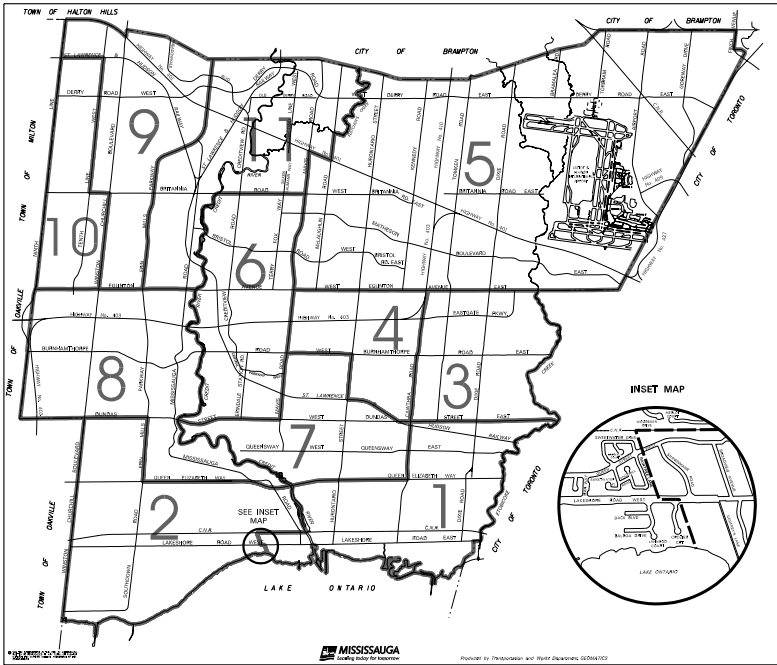 There was also a previous election for Peel Regional Chair along with regional chairs for York, Niagara, and Muskoka. But Premier Doug Ford announced he was cancelling those elections, while leaving regional chair elections intact for Halton, Durham and Waterloo.

Here are those seeking your votes in the Mississauga municipal elections on October 22 for mayor, councillor and school trustee.

Mayor Bonnie Crombie is running for a second term, facing seven other candidates for the city's top job. That's a far cry from the 15 candidates who ran in 2014 to succeed long time mayor Hazel McCallion, but nevertheless Crombie is not facing high profile challengers, so her chances of reelection appear to not be in jeopardy.

Two who ran in 2014 are back at it again this year, one of whom was charged by Peel Regional police for hate motivated crimes against members of the Muslim community. The remaining candidates include returning 2014 candidate Scott Chapman, Mohsin Khan, Andrew Lee, Yasmin Pouragheli, Syed Qumber Rizvi, and Tiger Meng Wu.

There are eight candidates vying to represent Lakeview, Port Credit and the surrounding communities once represented by Jim Tovey, who tragically passed away this past January. Interim councillor Dave Cook is currently serving as a placeholder until a new councillor is elected and sworn in.

Terry Burke, Brad Butt, Stephen Dasko, Natalie Hart, Larry Mancini, Marco Pedri, Miles Roque, and Sharmila Setaram are in the running. That might seem like a low number when a vacancy on council occurs, but considering that Ward 1 has rather active residents associations and more informed voters, it's not like anyone can just waltz in and think they can be the councillor.

Butt, a former federal MP for Mississauga Streetsville, had originally planned to run in Ward 6 when Coun. Ron Starr decided to seek the Peel Regional chair position, but said he would run in Ward 1 if Starr returned to his ward (which he did). Some have labelled this move as opportunistic (as one person noted), but sometimes people run where, it seems, they can.

Dasko is a Chief Operating Officer at ASI Technologies and said he was a key player in Tovey's previous campaigns, positioning himself as the one to carry on the late councillor's legacy. Hart is coordinator of the Mississauga Rotary Ribfest (which took place at Port Credit this year) and said her background in working with community leaders on big projects will be a big asset as a councillor.

Coun. Karen Ras was the only registered candidate since May and looked to be almost acclaimed. A far cry from 2014 when she won a tight three way race for the then open council seat, but at the last minute two candidates registered to run against Ras. She will now face Naser Ansari and Mohammad Azam in her quest for a second term on council.

Coun. Chris Fonseca, first elected in 2010 with 70 per cent of the vote, is facing three challengers in her bid for a third term: Arshad Hashmi, Khawar Hussain and Robert Kielek.

Although Coun. John Kovac has the advantage of incumbency, there are eight people who believe they can do a better job than him, the young councillor who was first elected in a 2015 by-election with 17 per cent of the vote.

Sookraj previously ran in Ward 4 in 2014 and the 2015 by-election, and Bau was recently seen at Mississauga council chambers asking approval for commemoration of the Nanjing Massacre on the city's clock tower. Faruqui is a community activist and former constituency staffer for federal MP Omar Alghabra, where Ward 4 is located, so she has some familiarity with the issues in the area.

But Kovac may face his most daunting challenger from Gorchynski, the founder of a group called Kingsbridge Matters. The group is advocating for an additional station along the Hurontario LRT corridor at the intersection of Kingsbridge Garden Circle. That is where a cluster of condo towers, and a lot of votes, are located.

Gorchynski will need to broaden his appeal across the ward, but that's not a bad place to start building a base of support.

A sixth candidate, Nikki Clarke, had also registered on July 27. Clarke, a media personality, president of the Ontario Black History society and Malton activist, was the NDP candidate in the provincial election for Mississauga Malton and made an impressive second place showing.

But Clarke's name was removed from the ballot after the city clerk found errors in the names and addresses of those who signed her nomination forms. This story remains controversial, with Clarke and her supporters arguing that she was purposefully over-scrutinized and Parrish saying Clarke was unprepared.

Coun. Ron Starr initially decided to run for Peel Regional Chair, a move that resulted in a flood of candidates signing up to run for what was assumed to be a vacant seat. Starr re-registered for Ward 6 before the cancellation of the regional chair election, but he's still facing a plethora of challengers.

Ten other candidates are running as well, including Moezzam Alvi, Al De Ascentiis, Elie Daib, Gary Gu, Muhammad Haroon, Joe Horneck, Anil Sinha, Ash Srivastava, Rob Torry and Sambasiva Vatti. A banking professional, Horneck is the only one in that bunch who has run before; he placed third in the 2015 Ward 4 by-election. He has also advocated on issues pertaining to public transit in Mississauga.

Coun. Nando Iannicca's decision not to run again after 30 years in office has opened up the floodgates so to speak. The old adage of a retiring councillor causing a massive amount of would-be successors signing up to run certainly applies to this ward.

There are 12 people vying to replace Iannicca, the most candidates in any council race in Mississauga. The most recognizable amongst this bunch is Dipika Damerla, the former MPP for Mississauga East-Cooksville and cabinet minister in the previous Liberal provincial government. She lost her seat to Tory Kaleed Rasheed in the June 7 election.

"I've represented much of this community at the provincial level and understand its opportunities and needs. No challenge will be too big to tackle and no concern will be too small to get my full attention. I know that residents here work hard to raise their families and contribute to the community, and I will work just as hard to make sure that the priorities of Ward 7 are represented passionately on Council," Damerla said in a press release.

Mercader may be the only other recognizable name for Ward 7, since he's been running here since 2003, first as Catholic school trustee then twice for council against Iannicca in 2010 and 2014.

"The intense gridlock throughout the city is just one example of why we need new fresh ideas to overcome these complex challenges," says Mercader in a press release sent after he registered. "Cleary, the current way of doing things is not working and it is shameful that our politicians keep recycling ideas they know will not work and inappropriately spending taxpayer dollars. The city needs a leader who has experience building relationships, managing complex projects, and commitment to fight for the best interest of Mississauga families and not career politicians who are treating the public purse as their own bank account for their own leisure."

Coun. Matt Mahoney, the son of former councillors Steve and Katie Mahoney, hopes to keep the ward that's been held by a member of his family for most of the last 40 years. The other candidates are Abdul Azeem Baig, previous 2014 candidate Amadeus Blazys, Adam Etwell, Grzegorz Nowacki, and Tariq Ali Shah.

Coun. George Carlson, first elected in 2000 after serving as a school trustee, is seeking re-election and faces Imran Hasan, who previously ran against Carlson in 2014, and Pardeep Kumar Khunger.

There are also candidates running for Peel District School Board trustee in Mississauga, which some may see as a stepping stone to higher office.

Here are the candidates for Peel District School Board trustee:

Velkoski was previously running for Ward 1 councillor, but on the last day of registration was seen at the clerk's office dropping out of that race and switching his candidacy to that of school trustee. He may have run into some campaign finance issues, since he was caught parading around Port Credit on Canada Day with a campaign banner prior to registering officially as a candidate. Sources also allege Velkoski had been soliciting donations for months prior to registering as well.

Interestingly enough, Walmark may be the only candidate who knows what a trustee does, having been one himself from 1979 to 1985. He has also served in two residents associations in and currently chairs the 'Mississauga Oversight Citizen Committee.' Soplet is a long time self described 'education advocate' who has been pushing for support on the Peel Youth Charter to promote a safe environment for youth in Peel Region.

It's going to be a race between the current trustee and a former trustee here, as incumbent Brad MacDonald faces Meredith Johnson, who was the trustee in Wards 9 and 10 before losing her reelection bid in 2014.

Other candidates include Charles Chen, Minh Goi, and Jasjit Singh.

In the Catholic school board, trustees Mario Pascucci and Bruno Iannicca were acclaimed to another four year term as no other candidates entered the race in Wards 1 & 3 and Ward 7.

Wards 2 and 8 trustee Sharon Hobin is facing Matthew Kornas in her reelection bid, while the retirement of Anna Abbruscato in Ward 4 resulted in six candidates vying for her trustee spot, including real estate agent Carmela Kapeleris, who once ran for Ward 5 councillor in a 2011 by-election won by Crombie.

In Ward 5 there may be an interesting race, as incumbent trustee Thomas Thomas faces Margaret Pakula and Caroline Roach, the former independent candidate for MPP in Mississauga Malton. In Ward 6, incumbent Luz del Rosario faces two challengers, while in Wards 9 and 10, incumbent Esther O'Toole is retiring and seven candidates are vying to replace her.

In total 154 candidates have registered to run in this municipal election. In comparison, 159 candidates were running in 2014, so while only slightly down interest in running remained somewhat the same.

There are other interesting municipal election news across Ontario as well:

The municipal election takes place on October 22, with polls open from 10 am to 8 pm.

To accommodate voters who cannot vote on October 22, the city has advance polls opened on October 5 and 6 at the Mississauga Civic Centre, and on October 13 and 14 at locations throughout the city (which is part of the 'vote anywhere' initiative the city undertook a few years ago).