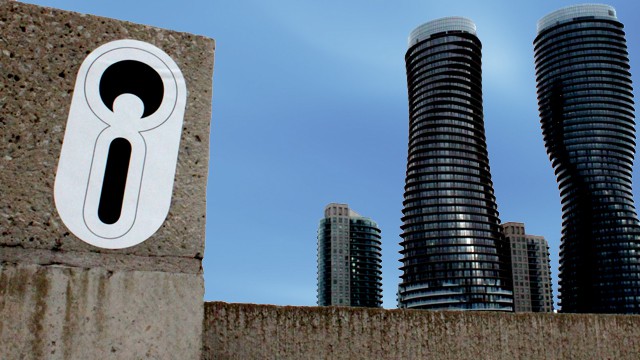 Who is Mississauga?: The collaboration of suburban and urban living

Mississauga is an elite city that provides a mixture of both suburbia and urban living to its residents. Mississauga’s culture is comprised of a diverse society that continues to grow since its formation in 1974.

“Mississauga has a wide range of varying cultural amenities and activities. Some of them might not be as well known as we might like,” said Susan Burt, director of the Culture Division for the City of Mississauga. The Culture Division was formed in 2007 to promote and enhance the city’s culture.

“The diversity in Mississauga is more notable due to the larger population and a larger number of public events and places. That attract crowds of residents and visitors,” said Svetlana Petchenova, 24 year old a lab technician who has been living in Mississauga for the last four months; previously Petchenova lived in Oakville and Hamilton.

The Mississauga Arts Council provides a different perspective on the city’s culture, promoting a range of artists from different fields in the city. The city not only has a rich cultural identity because of its racial diversity, but it also has its own artistic identity.

The Mississauga Arts Council provides many services like Limelight Open Mic nights once a month and other events for the youth in the city. According to Brissenden, the council works hard at reaching out to the youth about their events, especially through their Facebook page.

Poonam Patel, a 24 year old community youth worker moved to Mississauga with her family from Etobicoke in 2004. Patel states  that there is more of a city feel to Mississauga now than from when she first came, with the development of the Living Arts Centre and City Centre.

According to Patel, when she first came to the city, it was more homogeneous. “Such a difference now because people are moving here more from urban parts, it’s becoming a bit more diverse,” said Patel.

Due to Mississauga’s South Asian population, the city had the honour of hosting events for the International Indian Academy (IIFA) this past year. “We were considered a buzz location for IIFA,” said Burt. Mississauga, along with Brampton and Markham, were the three cities which held other events prior to the IIFA awards that took place in Toronto.

“No matter where you go, be it the local park in Port Credit or Square One you can always see people from different ethnic backgrounds and cultures,” said Petchenova.

Mississauga’s identity also includes a strong student culture. The University of Toronto, Mississauga campus (UTM) and the newly developed Sheridan Campus ignite the student life within the core of the city, especially in and around the Square One area. For Rajveer Thindh, a 21 year-old studying in the Concurrent Teachers Education Program at UTM, Mississauga is a very student-friendly city because Square One is so close to UTM.

“It’s in the core center of Square One where most of the people [students] end up going,” said Thind. There are many restaurants and lounges in the area for students to go to, while taking that much needed break from studying.

The student life is another interesting aspect of the city: its impact relevant  as the city continues to grow and attract more students.

Brissenden agrees with Thind, as different parts of the city have their own unique culture.

For Brissenden, the city is a melting pot filled with people from different cultures and fields. There are suburban areas in the city that may not be as developed, but there is definitely a growing urban/ city feel. “ You see more people during the day utilizing celebration square, it really has a European feeling,” said Brissenden. People go to relax and eat in a city that boasts both an urban and suburban identity.

When residents and visitors think of Mississauga, many thoughts run through ones mind. For Petchenova it was “How come I can never spell it correctly [the city’s name]?”

For those who may just visit the city or drive by it while on the 403, they’re sure to see the Marilyn Monroe and Monroe Mate condos. For those outside the city, the condos have, in a way, become a structural landmark of the city itself.

“I remember in the summer, we went to Toronto with some people and they’re like ‘Oh is that where Mississauga is?’, because we could see the Marilyn Monroe buildings,” said Patel.

The city of Mississauga, at this point in time, can be described as having more of a growing culture than a staple identity that has been around for years. The unique thing about Mississauga is that so far, it has been able to maintain both suburban and urban worlds thriving in cohabitation. This shows the diversity in the city and how adaptable the citizens are to the changes around them. The city is committed to enhancing itself and making it more modern, while keeping with its roots.