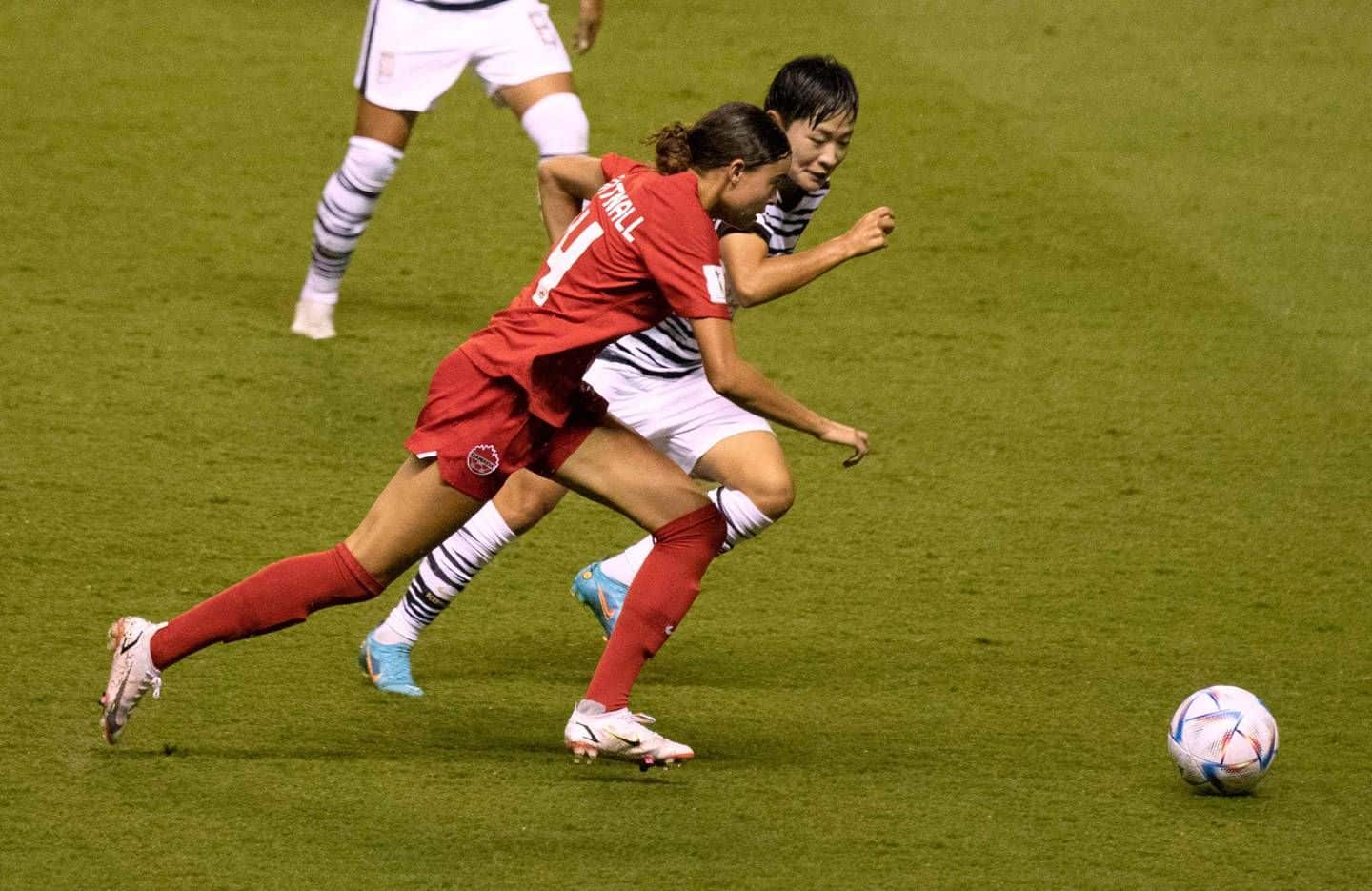 The star power of Canada captain Jade Rose, Whitby’s Olivia Smith and Zoe Burns, who have seven senior caps between them, was not enough as a somewhat uninspired Canada dropped their opening match at the U20 Women’s World Cup in Costa Rica 2-0 to South Korea.

There wasn’t a whole lot of flow in the midfield for Canada but it was set pieces that did them in. In the 53rd minute Korea got on the board on a corner kick when the ball bounced off an unlucky Brooklyn Courtnall (daughter of former NHL’er Russ) and into the Canadian net.

Goal #2 came nine minutes later, also on a corner, when Hae-Yeon Moon rose up to head home the cross at the far post.

In other action in Group C, which is looking like the Group of Death in this tournament, Nigeria beat France 1-0. Canada plays France on Sunday before finishing preliminary round play Wednesday against the Nigerians.

Canada’s best result in this tournament came in the inaugural event in 2002 (when it was U19) when a young Christine Sinclair scored ten goals to win Golden Boot and MVP honours and lead the Canadians to the final where they lost 1-0 to the USA in front of 47,000 fans in Edmonton.