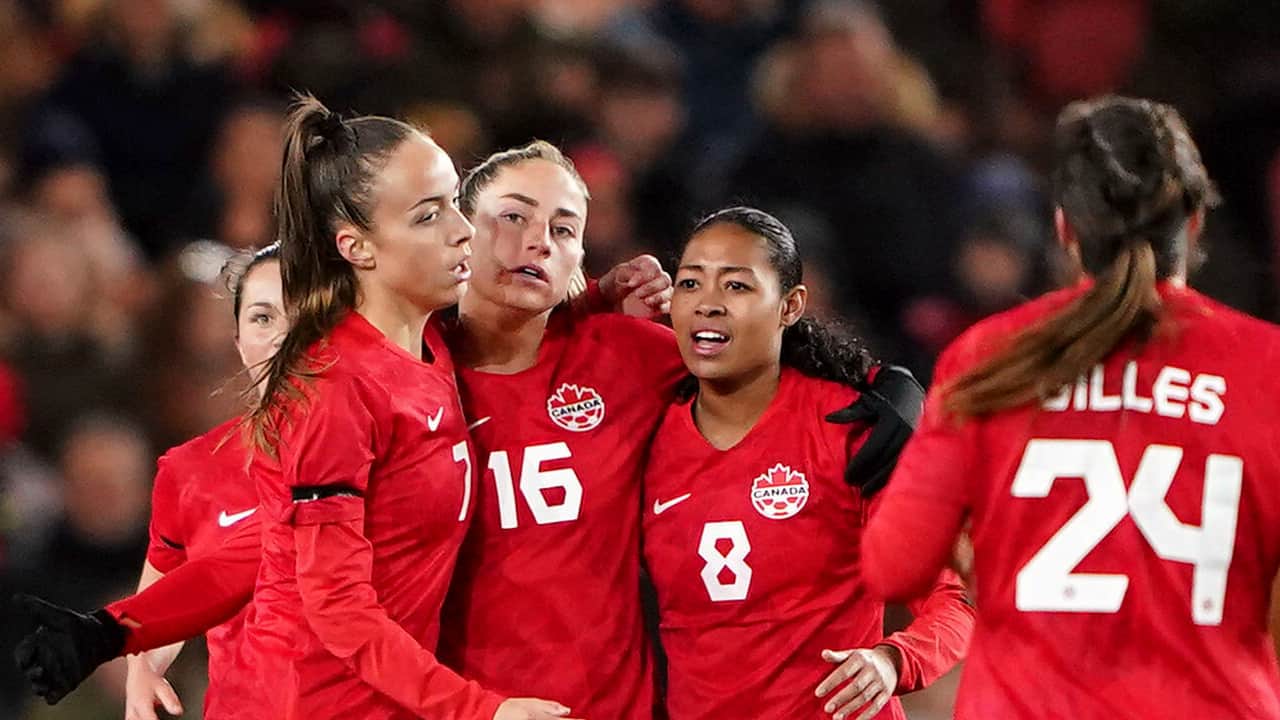 A slow start turned into a goal rush Tuesday night as Canada blanked Trinidad and Tobago 6-0 to open play at the CONCACAF W Championship.

Canada, the defending Olympic champion, is ranked sixth in the world compared to No. 76 for Trinidad.

Despite dominating play, Canada held a slim 1-0 lead two-thirds of the way through the match on captain Christine Sinclair’s 190th international goal. Determined Trinidad defending and some errant finishing made for Canadian frustration.

But five goals in the final 23 minutes — with four in the last 11 minutes — changed the storyline completely.

The eight-team tournament, which runs through July 18, serves as the qualifier in North and Central America and the Caribbean for both the 2023 Women’s World Cup in Australia and New Zealand and the 2024 Olympics in Paris.

Previously World Cup and Olympic qualifying were separate in the region.

Canada, whose lack of scoring has been an issue of late, outshot Trinidad 27-1 (9-1 in shots on target) and had 61 per cent possession, according to CONCACAF.

“The narrative about lack of goals, I think that plays into players getting tense,” said Canada coach Bev Priestman. “I was just pleased to put that to bed now and just focus on the process.”

Canada had scored just six goals in its previous six matches this year while going 2-1-3.

“I’m really pleased with six goals and a clean sheet. It’s nothing to be scoffed at,” Priestman added. “And it wasn’t perfect. I was frustrated at times. The players were (frustrated). But that will come and the confidence will come. And we’ve just got to keep rolling.” 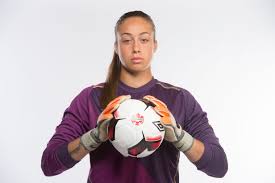 After Sinclair opened the scoring in the 27th minute with a majestic header, Canada endured a drought in front of goal before Grosso, from a nice setup by substitute Huitema, scored on a low left-footed shot in the 67th minute.

Grosso, a 21-year-old midfielder who plays in Italy for Juventus, struck again in the 79th after Trinidad failed to clear a cross. The ball went to Grosso who shifted it to her right foot to get past a defender before firing it home.

Fleming made it 4-0 in the 84th minute, sweeping home a Beckie cross. Trinidad goalkeeper Kimika Forbes could have done better on the goal. Beckie made it 5-0 in the 86th with the Trinidad defence in tatters and Huitema completed the rout one minute into stoppage time.

It was one-way traffic on the night and Canada could have gone into halftime up 8-0 but instead walked off the field at 1-0.

Canada controlled the game from the get-go and came close to going ahead in the 16th minute when Sinclair, in her 311th national team appearance, hit the goalpost after a nice buildup by Deanne Rose and Beckie.

Trinidad’s defence held fast early but its clearing attempts invariably found a Canadian, usually in the Trinidad end, and the attack started again.

Sinclair broke through in the 27th minute, capping a 12-pass Canadian buildup by heading home an Ashley Lawrence cross past Forbes.

Eleven of Sinclair’s world-record goals total have come at the CONCACAF championship.

Sinclair was chopped down in the 29th minute, prompting Mexican referee Katia Garcia to go to a pitchside monitor to review the play before pointing to the penalty spot. Fleming stepped up but missed, firing high in the 34th.

Canada appealed unsuccessfully for another penalty when Beckie went down in the 37th minute. Forbes reached high to deny Rose’s high, hard shot in the 45th minute.

Beckie scored in first-half stoppage time, on an unselfish feed from Sinclair, but the offside flag went up.

Priestman said she told the team at the break to “take the handbrake off” and express themselves.

“Sometimes we stick to a script too much,” the coach said.

Looking to inject some energy, Priestman made a quadruple change with Grosso, Huitema, Allysha Chapman and Adriana Leon coming on with 30 minutes remaining.

Costa Rica blanked Panama 3-0 in the earlier game Tuesday at Estadio BBVA in Guadalupe, located in a suburb of Monterrey. The 51,000-seat stadium is home to Monterrey CF.

Canada takes on Panama on Thursday in Monterrey’s Estado Universitaro.

The top two teams from each of the two groups move on to the semifinals, qualifying directly for the 2023 World Cup. The two third-place teams move on to a World Cup intercontinental playoff.

The Canadian women have won all nine meetings with Trinidad and Tobago, outscoring the Soca Warriors 40-0. Canada also won 6-0 the last time they met, at the 2016 CONCACAF Women’s Olympic Qualifying Championship in Houston.

Trinidad’s best finish was a third in 1991. Before Tuesday, its career record at the tournament was 7-21-5.