Little Beasts and Old Flame breweries made sure Durham Region was well represented at the Canadian Brewing Awards on the weekend, taking home two medals each.

Old Flame of Port Perry earned both of its medals in the same category, winning gold in the North American Amber/Dark Lager category for its Red Vienna Lager and silver for its Brunette Munich Dunkel Lager.

Whitby’s Little Beasts took home a silver in the Smoked Beer category for Huldufolk, a five per cent Rauchbier, and earned a bronze for Wild Things in the Belgian-Style Tripel category. Gold in this category went to Faber, a brew from La Souche of Quebec named Best in Show at the annual event.

The top Ontario Breweries at the event – held this year in Calgary – were Wellington Brewery of Guelph and Shacklands of Toronto, who each won four medals. Shacklands swept the American Belgo-Style category and scored two gold medals in total. 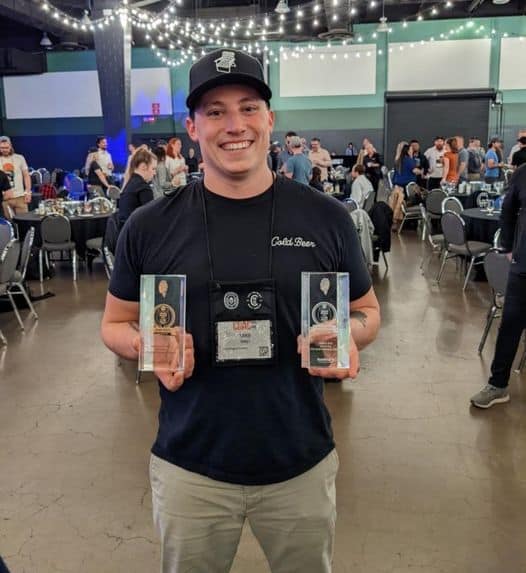 Mike from Farm League Brewing, who won a gold himself at the show, accepted the awards for Little Beasts Brewing at the Canadian Brewing Awards