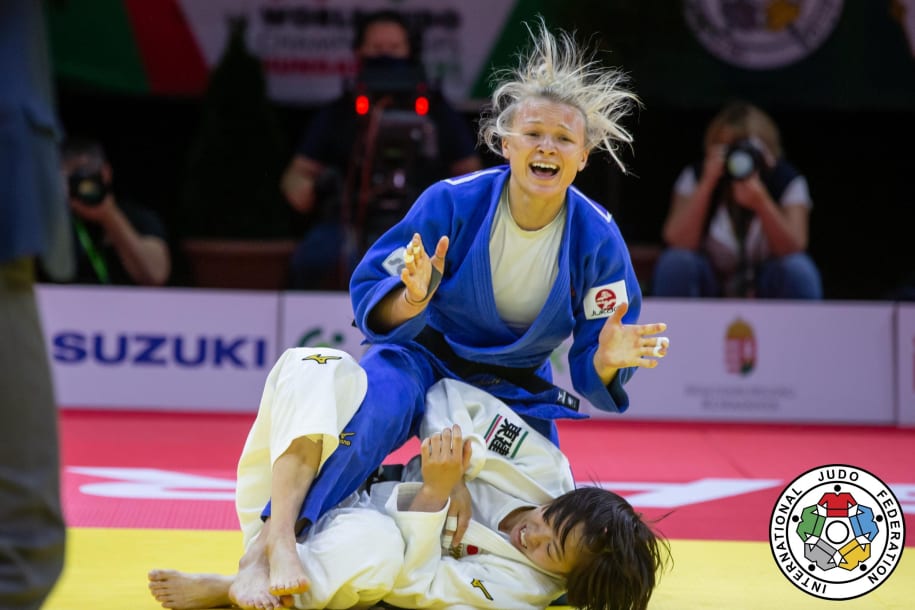 Whitby’s Jessica Klimkait made Canadian history with a bronze medal win in Judo, Monday, at the 2020 Tokyo Olympic Games.

The reigning world champion defeated Slovenian Kaja Kajzer in women’s under-57 kilogram weight class by waza-ari, becoming the first Canadian woman to step on the Olympic podium in her sport.

The 24-year-old lost her chance at a gold medal with a devastating semifinal loss to France’s Sarah Léonie Cysique. She was defeated by ippon when she was assessed a shido for a false attack in the golden score period.

In the round of 16 earlier in the day, Klimkait defeated Bulgaria’s Ivelina Ilieva. She then went on to beat Poland’s Julia Kowalczyk in the quarterfinals at the Nippon Budokan, before her loss to Cysique.