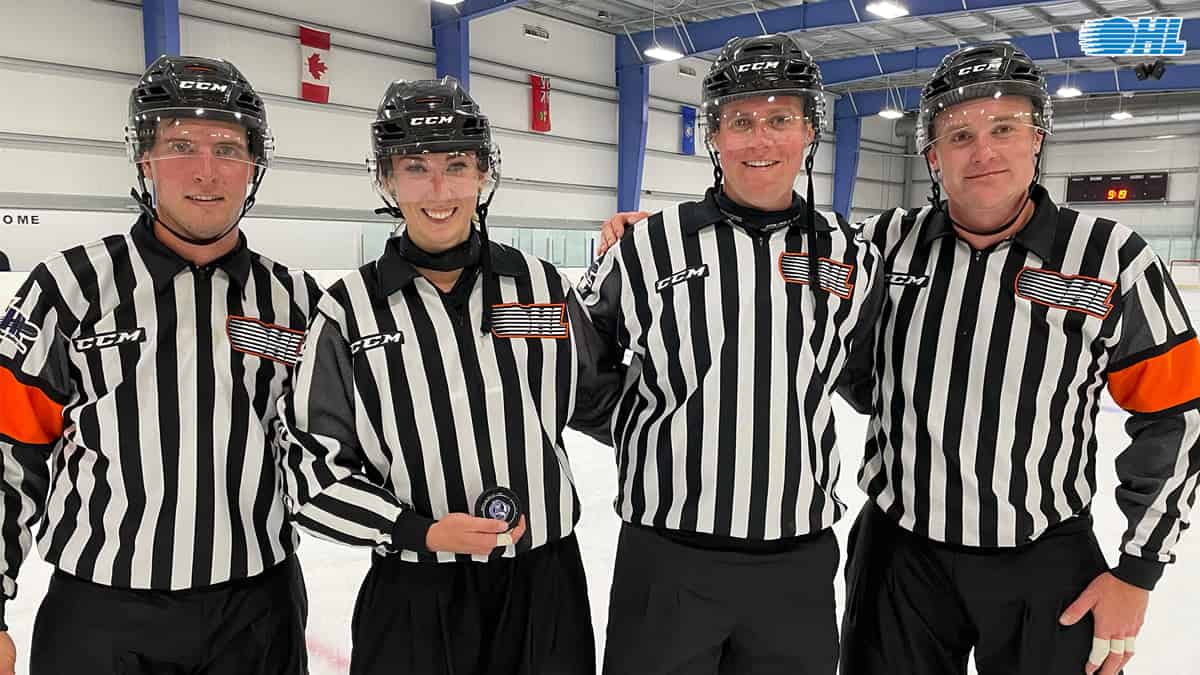 The first game is in the books and OHL history has been made for Whitby Wolves and Robert Morris University grad Kirsten Welsh, who worked the lines at the Mississauga Steelheads – Guelph Storm pre-season game last night at the Paramount Fine Foods Centre in Mississauga.

The Blackstock native was joined Thursday night by lines partner Justin Herrington and referees Stephen Hiff and Justin Faist to become the first linesperson in in the history of the league.

Welsh will also work tonight’s game at the Tribute Communities Centre in Oshawa between the host Generals and the Windsor Spitfires.

Photo supplied by the OHL