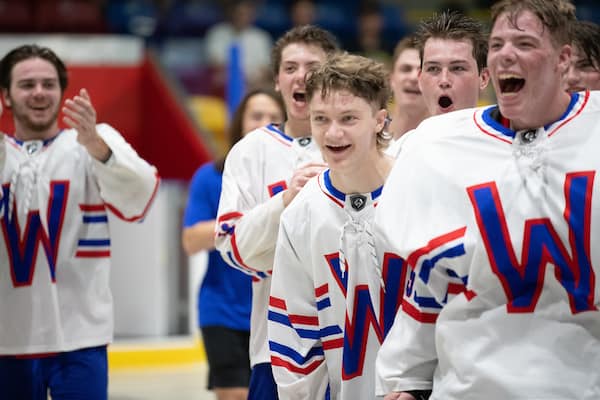 The Whitby Warriors were in tough in an opening night thriller at the 2022 Minto Cup against the Miners Lacrosse Club from St. Albert, Alberta, with both teams trading leads early.

Someone had to take charge for the Warriors, and that someone was team captain Adam Poitras, who exploded for five goals to lead Whitby to an 11-9 overtime win.

The Miners were a resilient bunch and despite trailing 7-5 after two periods the Edmonton-area squad had Whitby on the ropes late, forcing Poitras – of course – to find a way to square things at 8 late and force the extra session.

Lucas Littlejohn, a member of the Pickering Panthers team that reached the Centennial Cup Junior ‘A’ final on the ice earlier this year, scored his second of the game in OT and Poitras added his fifth into an empty net to seal the win. Brock Haley (2), Parker Pipher and Jack Oldman had the other Whitby goals.

In the Minto Cup opener Toronto Beaches made it 2-for-2 for Ontario clubs as they beat Victoria Shamrocks 9-7, also in overtime.

Whitby takes on Victoria in game two tonight at 8 p.m. while Toronto plays St. Albert in the opener at 5.

All games are being played at the CAA Centre in Brampton.