A group organized a protest at Tim Hortons to protest yesterday’s arrest of Oshawa’s failed PPC candidate Darryl Mackie, but the Tim Hortons staff was not having it.

They shuttered their dining room after catching wind of the protest, resulting in a huge line at their drive-through.

Cartoonist Caryma Sa’d said in a video on Twitter that she was drawn to investigate after finding the flyer pictured below. 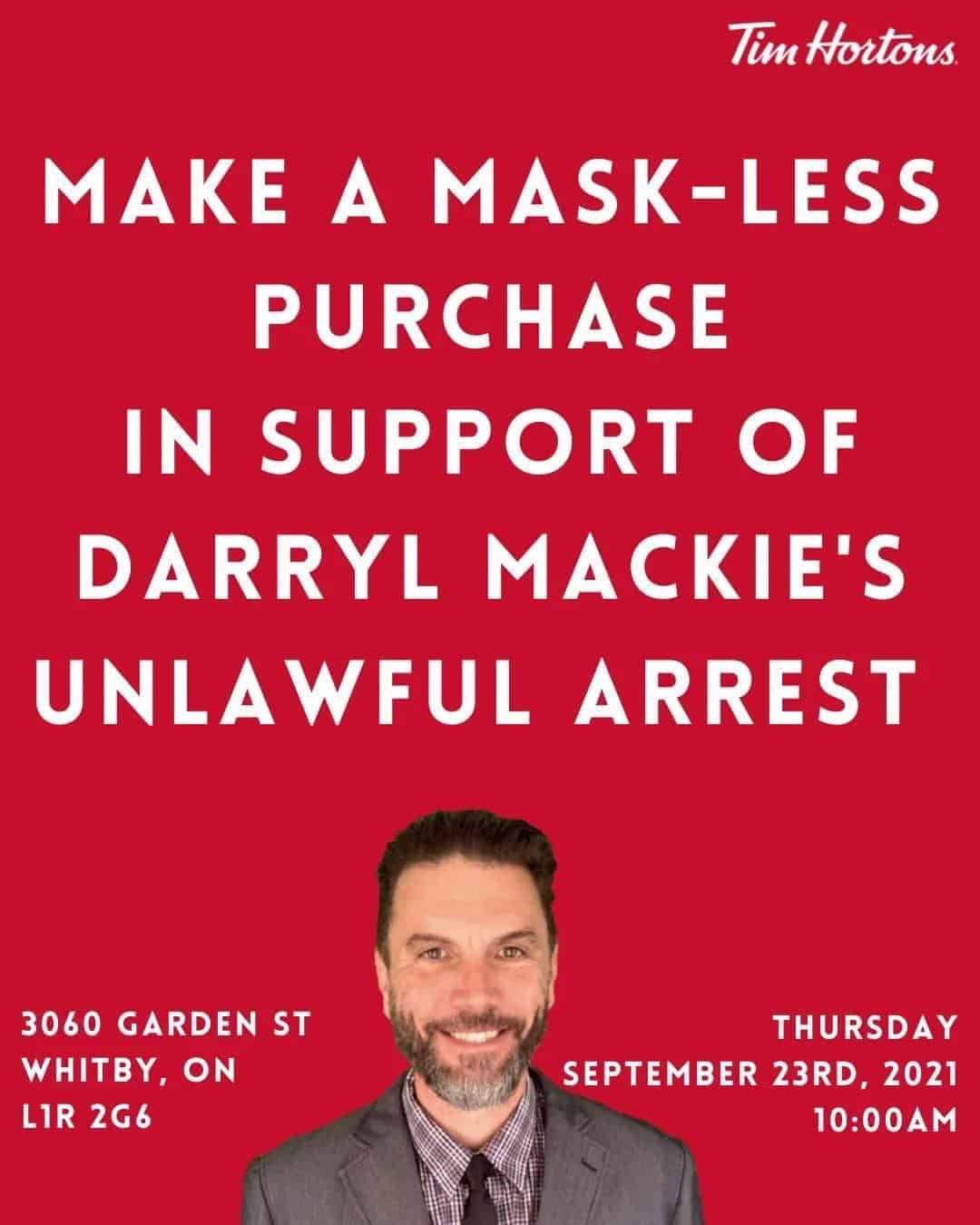 When Sa’d arrived she found the doors locked and a drive-through line wrapped around the parking lot. There were no protesters in sight.

The anti-vaccine passport demonstration planned at this @TimHortons in Whitby was foiled by staff who locked themselves in and are doing drive-thru only at the moment.

Frontline workers wouldn’t have to deal with this if people behaved reasonably.#cdnpoli #antivaxxers pic.twitter.com/JpglUm2HOL

This is the latest of several protests at the Rossland Road and Garden Street plaza. The area has been a frequent protest site since the pandemic began because of its proximity to Durham Region Headquarters.

A Clarington man was charged in April for a variety of traffic offences after obstructing traffic with a decommissioned bus during a protest last spring.