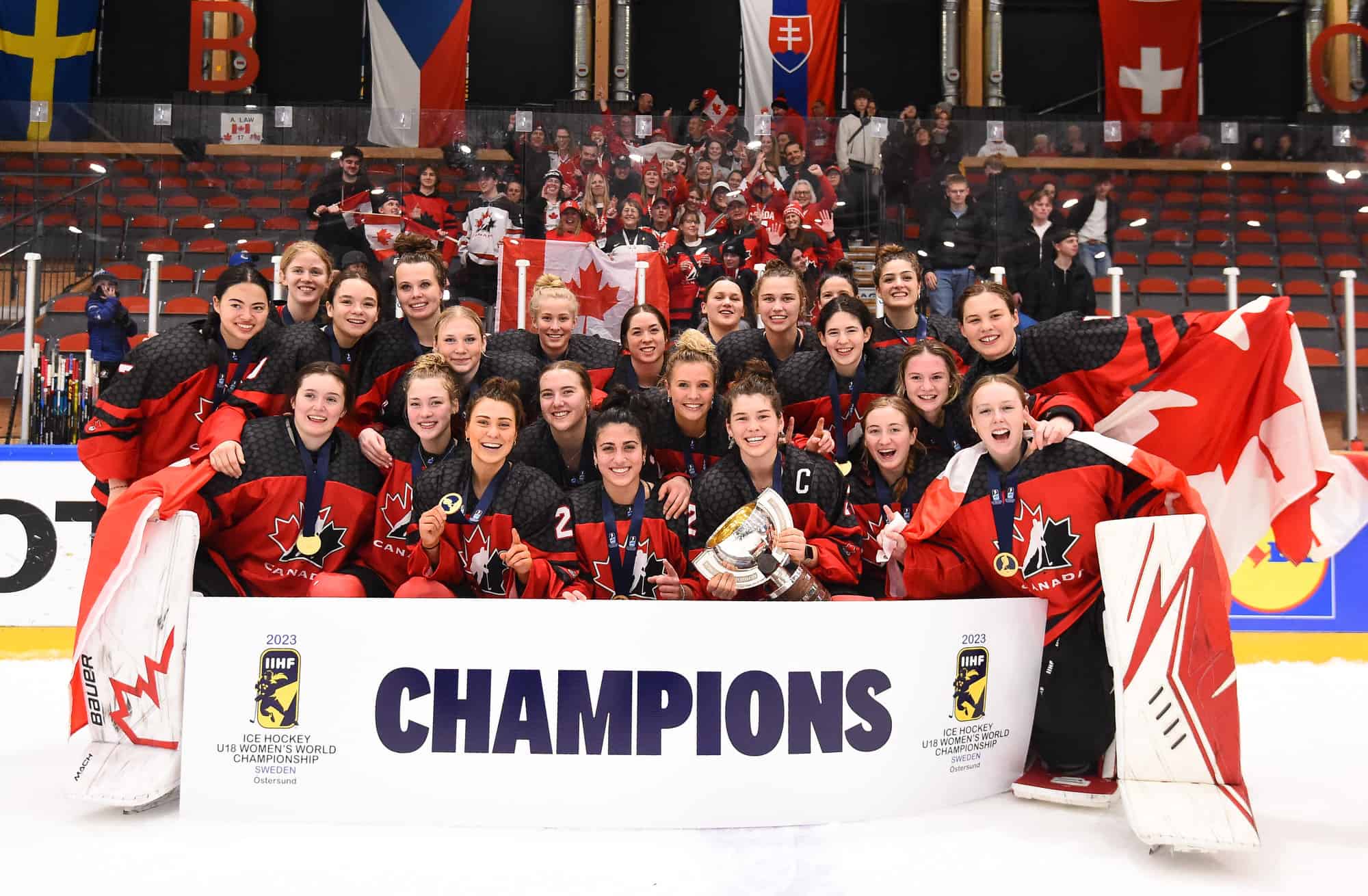 Waterloo’s Caitlin Kraemer scored four times Sunday in Östersund, Sweden to rightly earn the spotlight as Canada won their second consecutive gold medal with a 10-0 rout of the home side.

But Durham Region talent was also on full display in the tournament with Whitby’s Alex Law scoring the two goals – including the overtime winner – in the semi-final against Finland and Oshawa’s Hannah Clark posted four wins and a 21-save shutout in the gold medal game.

As well, Piper Grober of Toronto, who scored in Sunday’s final, is a teammate of Law (one of seven returnees from the 2022 U-18 championship squad) with the Durham Lightning in the OWHA under-22 elite division. Assistant Coach Tara Watchorn, a member of Canada’s gold medal winning Olympic team in 2014, hails from Newcastle. 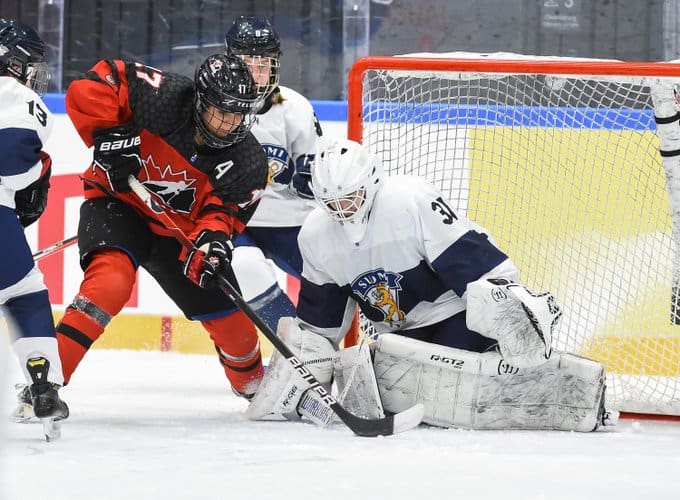 The shutout was Clark’s first in her international career and the goaltender, who plays for the Etobicoke Dolphins in the OWHA Under 18 eleite division, was full of praise for her temmates after the game.

“We knew what our end goal was. We knew we had a job to do and were going to work as hard as possible to get it done,” Clark said. “Our team has so much heart. I love every one of these girls and I know we love each other. You dream about (winning gold) since you are little. It is so special.” 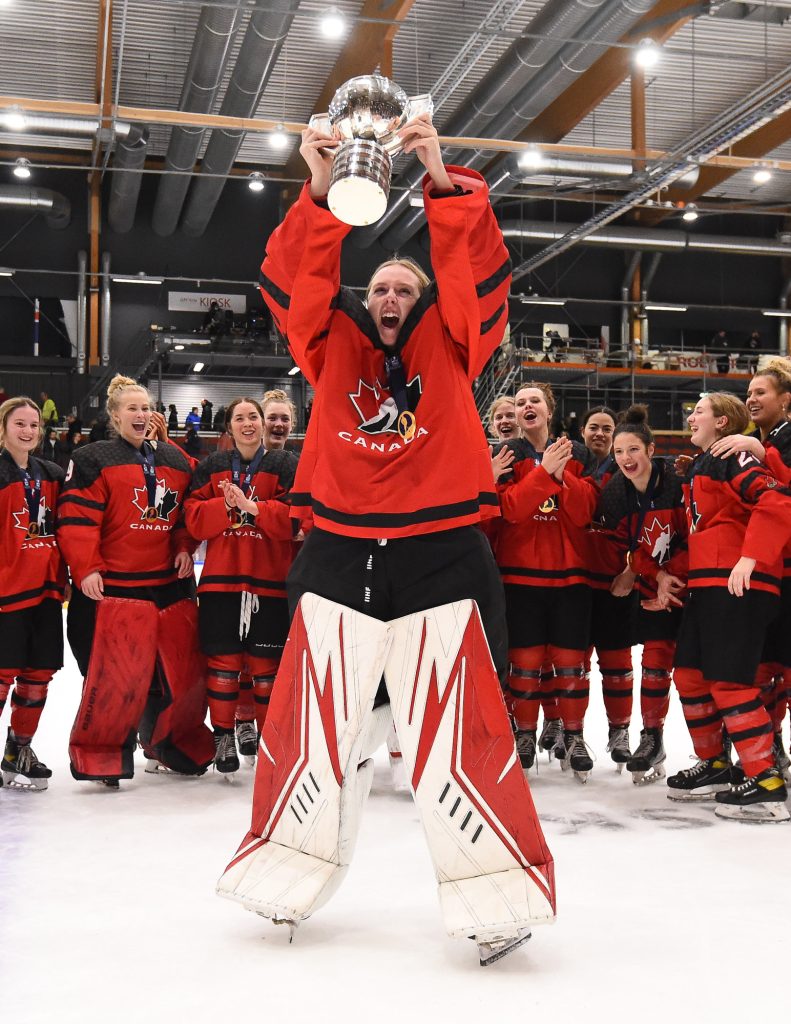