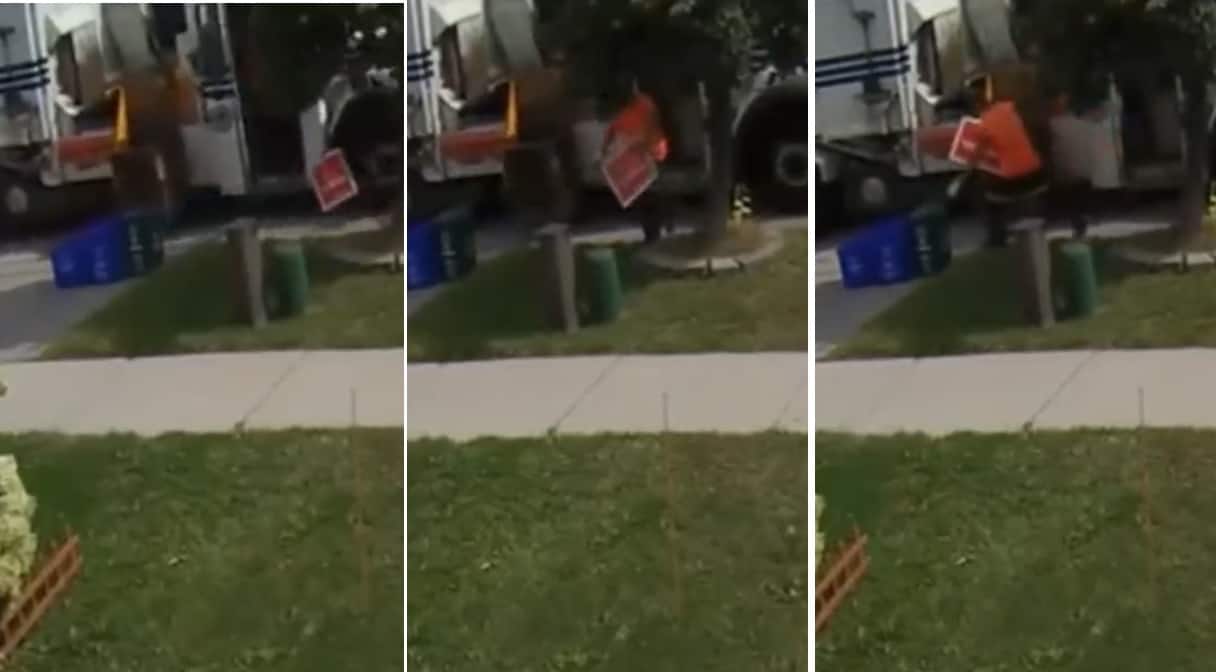 The Whitby garbage collector caught on camera destroying a campaign sign has been fired.

The man was seen tearing a sign promoting Liberal MP Ryan Turnbull out of the ground and throwing it in the back of the garbage truck.

Destroying campaign signs during an election is a criminal offence, often prosecuted as Theft Under $5,000.

The Town announced an investigation after seeing a video posted on Twitter Monday morning. They announced the firing a few hours later around 4:30 p.m.

UPDATE: In response to the recent video of a Town employee removing an election lawn sign and subsequent investigation, the individual is no longer employed by the Town. We take these matters very seriously.