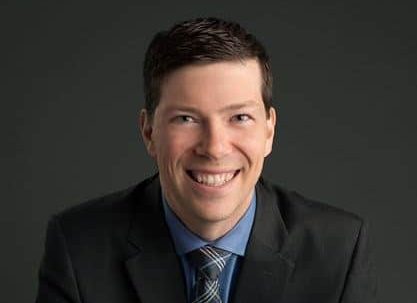 Whitby’s Deputy Mayor Chris Leahy is calling for his fellow councillors to support a motion that would recognize women in elected leadership positions on International Women’s Day next year.

“Women have faced a different struggle than men to get to elected office. During our 2022 International Women’s Day celebration I think it would be fitting to recognize the achievement of those women past and present who have served in elected office,” Leahy said in a statement. He hopes the move would encourage young women and girls to pursue public office.

He noted this is especially important since Canada denied women universal suffrage until 1960, when First Nations citizens were extended the rights their peers already had without losing their status.

Canadian women claimed the right to vote in stages over the 20th Century. Over the spring of 1916, women in Manitoba, Saskatchewan and Alberta claimed it by joining forces in the United Women Farmers Association.

During the First World War women were granted temporary suffrage by the Federal government. They campaigned to keep it and won in 1918.

Agnes Macphail was the first woman elected to Parliament in 1921, representing York East. She would win every election until 1940.

By 1922, both black and white women could vote freely in all provinces save Quebec. Quebecois women would not gain the vote until 1940. In 1927 the Famous Five won the Person’s Case allowing women to sit in the Senate.

Asian men and women had to wait until 1948 to be able to vote. Two years later in 1950 Inuit citizens gained the right.

Leahy stressed the importance of having Whitby council made up of a majority of women in office after the 2018 election. Five of the nine Whitby councillors are women; JoAnn Drumm, Rhonda Mulcahy, Deirdre Newman, Elizabeth Roy and Maleeha Shahid.

“We should celebrate this achievement and others across the region and let people know what a progressive community we have,” he said.

However, the motion is shaded by a cloud of scandal in Whitby Council. Leahy himself was under fire last month after referring to Mulcahey as “Big Rhonda” in a hot mic utterance during a public meeting.

He apologised for his comments first privately to Mulcahey, then publicly in the next scheduled meeting. He also took an unusual step in filing a complaint with the integrity commissioner against himself. The matter is currently under investigation.

An investigation into the accusations was effectively killed on November 3, when council rejected an amendment to the code of conduct that would extend the period after an incident took place when it could be investigated. Council was advised by an attorney not to change the limit during an active investigation.

Leahy is seemingly on a quest to repair the damage his comments have done by embracing several woman-focused initiatives. He recently called for free menstrual products to be distributed in town facilities, and has been promoting breast cancer awareness month and DRPS initiatives to end violence against women on his social media.

His motion goes to a vote on November 24. If passed, staff and the women on council would decide how to conduct the process.

“I think this is the least we can do to inspire young women,” he said “We should be looking for more ways to encourage young women to consider a life in politics and government.”