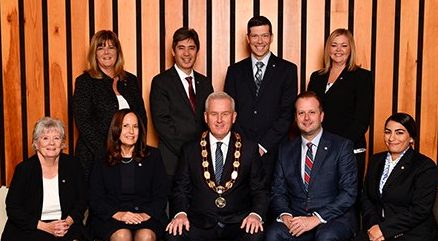 The Town’s Council Code of Conduct says complaints must be filed within six months of an incident or with six weeks of a complainant learning of an incident.

The decision came after Integrity Commissioner Guy Giorno requested guidance from council for how he should handle the complaints, as they go beyond the code limits.

Giorno recommended council take a similar route to Vaughan, Brant County and the amendments to the Canadian Human Rights Act to extend the time limit regarding patterns of harassment to start from the last alleged incident, as long as the last incident is within the six-month limit. He did not name the individuals behind the four complaints he was investigating in his report.

Council retained Guy Mascarin, a lawyer and expert on municipal law, to advise. In his legal opinion, Mascarin said it would be, “inappropriate for Council to amend the Code during an active investigation.”

Divisions in town council came to light in a meeting on October 4, when Deputy Mayor Chris Leahy referred to Councillor Rhonda Mulcahey as, “Big Rhonda,” unaware his microphone was live.

He apologized to Mulcahy the next day, which she described as seemingly insincere. He later filed a complaint with the integrity commissioner against himself, which is an unusual move. Given the short time from the incident to the complaint, that investigation will continue.

At the next scheduled meeting Leahy publicly apologized for his comments. “Words matter, so do actions,” he said, “I want to take the time to offer Regional Councillor Mulcahy a full and unreserved apology.” He extended his apology to fellow councillors, staff, and town residents.

Mulcahy accepted this apology before launching a series of allegations against Mitchell and council. She alleged two incidents of impropriety against the Mayor.

The first allegation involved Councillor Maleeha Shahid being cornered and berated by an unnamed fellow councillor. The second alleged an inappropriate innuendo from Mitchell about a staff member on her knees.

Finally, Mulcahey alleged Mitchell had given her a back massage at a public event and told the table to, “‘Stay away from this one, she’s trouble.’” Mulcahey says when she confronted Mitchell about the incident, she was told, “I’m sorry I thought you were stronger than that.” Shahid and Councillor Elizabeth Roy supported Mulcahey after her speech with stories of their own.

In a statement released the next day Mitchell refuted the allegations, blaming division on council. He said he did not remember the comment to the staff member, saying he was later told by CAO Matt Gaskell it was “an inappropriate attempt at a joke.” He claimed to have a strong working relationship with the staffer.

He also admitted to touching Mulcahey on the shoulder, but refuted her assertion that she later confronted him about it.

Mitchell did not apologise for either incident.

Gaskell said in a statement that no complaints had been officially filed. Mulcahey was not happy with response. “They’re gonna state no official report is being made. It’s because when you come forward, there’s this shift in how you are handled.”

“It has been made seriously uncomfortable for the women in our organization.”

Council met on November 3 to weigh Giorno’s request and Mascarin’s opinion. Mascarin said in the meeting that there’s nothing wrong with extending the limit in principle, but that doing so in the course of an ongoing investigation was inappropriate. “There would be no issue, quite honestly, to make the change afterwards,” he said.

Councillor Deirdre Newman moved not to amend the Code at this time. She cited issues raised in Mascarin’s opinion of procedural fairness as motivating the motion, seconded by Councillor JoAnn Drumm.

The motion reads: “Council take no action to amend the code of conduct, given the existence of ongoing investigations by the integrity commissioner with respect to ongoing complaints in relation to members of council based on concerns with procedural fairness and administrative independence.”

Councillor Steve Lee suggested an amendment to the motion that would commit to the change after the investigations conclude. Mitchell suggested the motion “kind of says it already.” Newman agreed. “I would like deal with those when they arise.”

A heated exchange between Lee and the Mayor followed before the issue went to a vote.