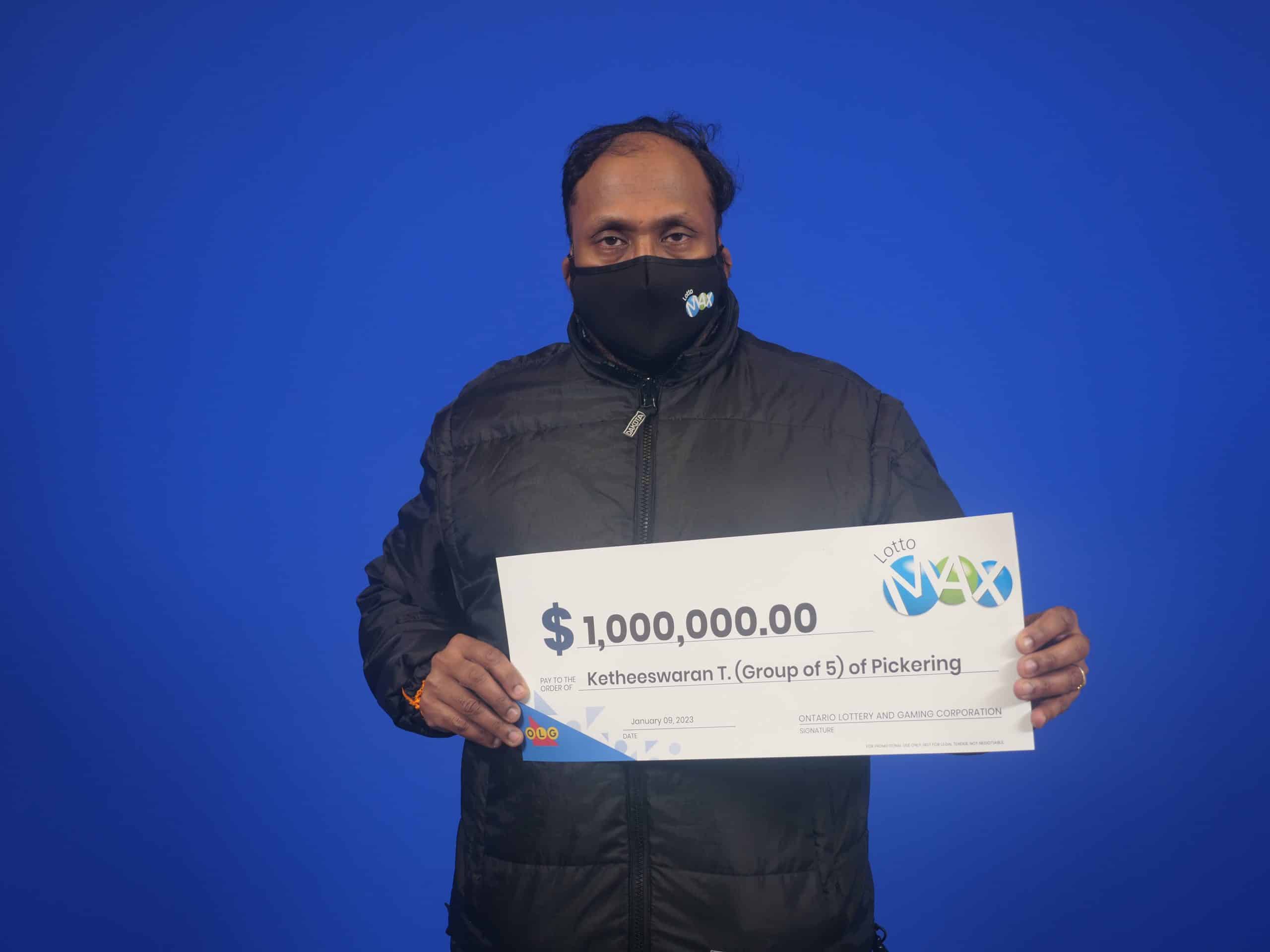 The LOTTO MAX gods have smiled on a group of five co-workers – including three from Durham Region – after they won a MAXMILLIONS prize worth $1 million in the October 14 LOTTO MAX draw.

Ketheeswaran Thurairajasingam of Pickering, Mark Brown of Whitby, Raymond Wright of Brooklin, Gnanakalathevi Amirthalinkam of Scarborough and Loganathan Sanmugarajah of Markham work in warehousing and have been playing as a group for five years.

Thurairajasingam was the one to discover their big win. “I had to check the ticket three times – When I saw six zeroes, I was so excited!” he shared while at the OLG Prize Centre in Toronto.  “I called the rest of the group members, but none of them believed me.”

“It was a big shock for all of us,” added Amirthalinkam, with Wright declaring “LOTTO MAX is now our favourite game!”

Amirthalinkam and Sanmugarajah are planning on purchasing a home, while Brown is planning a trip to Aruba. “We’re all planning to go for a fancy celebratory dinner,” added Wright.

OLG is booking in-person prize claim appointments at the OLG Prize Centre in Toronto and encourages those with claims between $1,000 and $49,999.90 to submit them online or mail them in. Submitting claims online is fast and secure. Customers with prizes over $50,000 are asked to call 1-800-387-0098 to discuss available prize claim options.

LOTTO MAX players in Ontario have won more than $7.5 billion since 2009, including 95 jackpot wins and 842 MAXMILLIONS prizes, right across the province. LOTTO MAX is $5 per play and draws take place on Tuesdays and Fridays.

The winning ticket was purchased at Luzon Convenience on Copper Creek Drive in Markham.