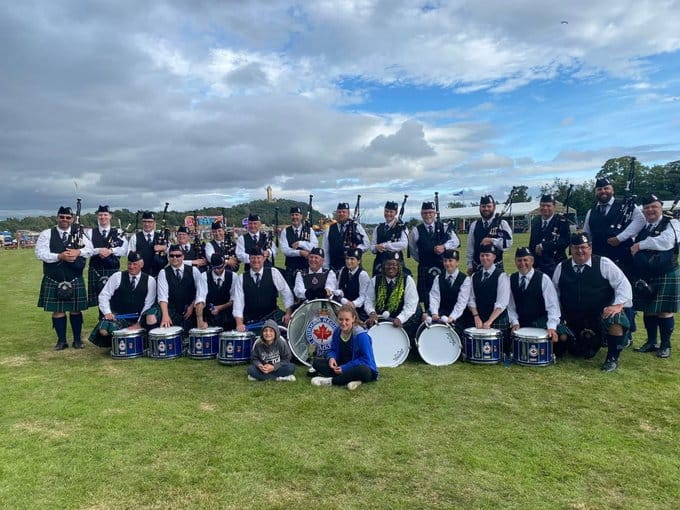 The Durham Regional Police Pipes and Drums band got a little taste of Scotland this part weekend at the North Berwick Highland Games, finishing second in a 4A-graded event and tops among their peers in a Grade 3 event as well.

The band also captured the prestigious Starr Quaich Prize for ‘best dressed’ in the Grade 3 event.

Durham Regional Police Pipes and Drums is a community-based police services pipe band, formed by Staff Sergeant Charlie Green and Sergeant Roy Good in 1996. Most band members are civilian volunteers. They serve as ambassadors and represent the Service with pride wherever performing.

To view a performance: https://youtube.com/watch?v=Myy9rlhTTg4

Congratulations to the @DRPS Pipes and Drums for their amazing performances at Highland Games in Scotland this past weekend!
The band won a Grade 3 event and won the Starr Quaich prize, as well as two first places in piping. To view a performance: https://t.co/Wwk7NnKze4 pic.twitter.com/nJnQA6GSe3