Where to Find Rare Pokemon in Mississauga 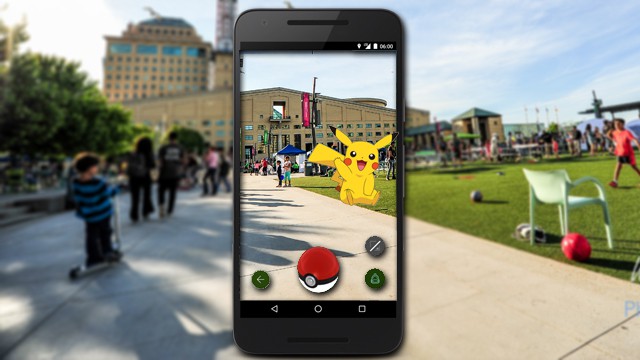 With Pokemon Go having officially released in Canada earlier this week, hype surrounding the addicting augmented reality game has barely died down — in fact, the player base will likely only get bigger now that the game can be downloaded from more official sources (iTunes and Google Play).

However, players who have been with the game since the beginning may find themselves still struggling to complete their Pokemon collection, due to the nature of rare Pokemon who are less likely to show up. Short of luring the colourful creatures right to you, you might have better luck scouring areas in Mississauga where the following rare Pokemon are more likely to be found.

Kabuto
Kabuto is a rare rock and water type Pokemon, who appears having a small stature and brown shell covering its body. According to a Narcity article (while also lists the locations for Jigglypuff and Growlithe), you may be able to spot Kabuto in Malton, in the area along Airport Road near Victory Park.

Porygon
Square One remains one of the best areas to play the game due to the abundance of Pokestops, but it’s apparently pretty good for catching rare Pokemon as well. Reddit user MrTeejay619 claims to have been able to find the elusive Porygon here.

Jigglypuff
No one can resist the cuteness of the pink balloon-looking Jigglypuff, so its rarity may make many a trainer sad. But don’t give up hope just yet — Narcity claims Jigglypuff has been sighted north of Central Parkway East, along Mississauga Valley Blvd.

Growlithe
Growlithe is a loveable little fire type who looks somewhat like a puppy. If you’re on the hunt for this Pokemon, you may have luck searching in the area of Angel Pass Drive and Ridgeway Drive.

DratiniandLapras
Like Kabuto, Dratini and Lapras are water-related Pokemon. As such, they are likely to spawn in areas where the game detects nearby sources of water. In Mississauga, your best bet may be Port Credit, close to the lake.

Hitmonchan
Hitmonchan is a humanoid fighting Pokemon who wears boxing gloves. Unsurprisingly, players have been successful finding him near gyms (not the Pokemon type, the type where people lift weights). You may also be able to find him in any of the city’s outdoor parks.

Let us know what other rare Pokemon you’ve caught in Mississauga and where you managed to find them. Good luck completing those Pokedexes!