Where to Buy Affordable Produce in Mississauga 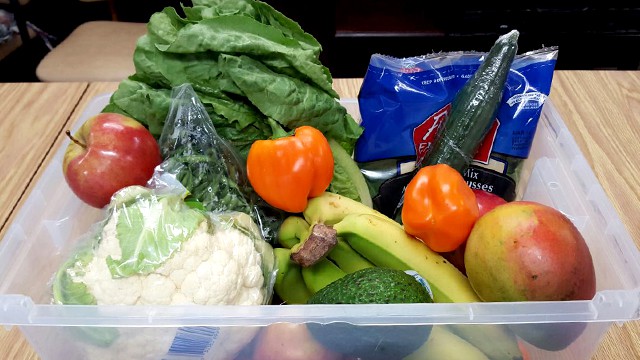 When food prices go up, everyone suffers.

The recent rise in food costs caused those soaring cauliflower prices that everyone is talking about. The climb was so significant that a recent New York Times article said the seemingly ho-hum veggie was a “luxury” item in Canada. The retail price for cauliflower hit roughly $10 a head at grocery stores across Mississauga.

Skyrocketing food prices affect us all and a Mississauga-based organization called Eden Food for Change (EFFC) offers a solution through their Fresh Produce Box Solution. The program offers more affordable produce than what’s available at grocery stores and it’s open to anyone who is able to pick up their order.

“This program is available to all…everyone should have access to affordable fruits and vegetables”, says Christina Philips, Community Engagement Coordinator.

Philips explained that there is a lot of stigma attached to entering the doors of a food bank and that the program helps generate awareness about the organization and the other services they offer.

“With this program, we are seeing a lot of people with varying incomes come through the doors, making it more comfortable for everyone,” says Philips.

EFFC purchases produce for the program from the Ontario Food Terminal. Participants can place their orders online, by phone or in-person on Thursdays before 4 pm. There are two sizes available – the small box is $10 and includes eight items and the large box is $20 and has up to 12 items. All pick-up times are on Friday and there are six locations within the city with varying pick-up times.

“Our goal is to provide more good food for more people,” says EFFC’s Executive Director Bill Crawford in a recent press release. “Food that is financially cheap is often nutritionally cheap so we started this program to help give people struggling financially the option of healthy food at a more affordable rate than they would normally find.”

EFFC is able to offer more affordable produce despite the rise in food costs because the organization has managed to maintain the same pricing as last year, resulting in the same number of items for the fresh produce box solution.

Philips says the organization frequently checks their prices against those offered at local grocery stores. They conducted their most recent evaluation about three weeks ago. They compared the small $10 box contents — which included a head of broccoli, one mango, two orange peppers, a head of cauliflower, four bananas, a bag of carrots, four oranges and four apples — to local grocers and found that the retail cost would be above $15.

“We have seen the comparison as high as $25…during the fall when we can get better deals with farmers,” she says. Eden Food for Change is a local charitable organization that has been serving hungry families in western Mississauga for 25 years. EFFC started in the basement of Eden United Church, located in Meadowvale, as a means to provide support to those in need in the Mississauga community.  It includes over 190 regular volunteers serving over 400 households in the community.