Where is Downtown Mississauga? 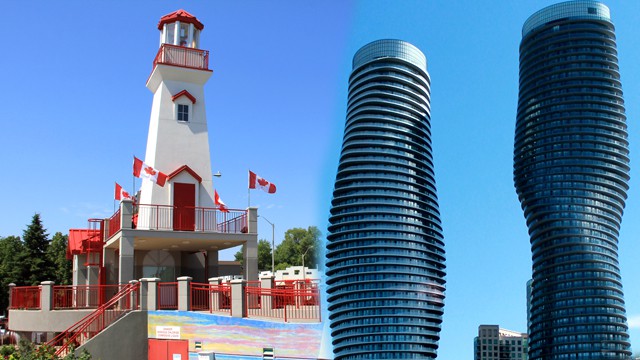 Before you say that’s the stupidest headline/question ever, know that I know there is an official answer to that question.

According to true facts, Mississauga’s downtown is City Centre.

But is that truly our “downtown” in terms of entertainment and walkability? Official definitions aside, the term “downtown” conjures up images of street parking (ample street parking, not a smattering of spots here and there), independent shops and restaurants, a lack of need for a car (cars are — and should be — impediments to the proper downtown experience) and, above all else, walkability. While it’s not necessarily easy to make your way from one end of a big city’s hub to the other on foot, the idea shouldn’t seem preposterous.

So although City Centre is supposedly our downtown — and, to be fair, it does have the condo-dotted skyline — it fails to provide a truly urban experience.

In terms of a downtown look and feel, some people think Port Credit better fits the bill.

Also, before anyone mentions the ambitious and exciting Downtown21 plan, know that we’re evaluating each hub’s downtown look as it is now — not what it’s expected to be in the future.

1)    Indie Shops and Restos: Any downtown worth its urban salt should house a plethora of chic and independent stores, cafes, bars and restaurants. Even smaller cities such as Oakville and Burlington boast unique urban spaces with downtown-exclusive spots, hipper chains (such as Anthropologie and The Works) and welcoming cafes. Port Credit is home to some of the hottest new restos and cafes in the city and offers some exceptional bars with on-point patios. City Centre has some great places, but it’s largely comprised of chain restos. It’s also too defined by Square One.

2)    Pedestrian-Friendliness: If you want to enjoy Port Credit, you’ve got to ditch the car. With lots of street and lot parking, it’s easy to abandon your Civic and enjoy scenery, shopping, ice cream, beer and raw vegan food and/or chicken and waffles on foot. If you ditch the car to wander City Centre, you have to wait forever for lights to change and you run the risk of being hit by a speeding pick-up truck on route to Walmart anyways. I live there. I know of what I speak.

3)    General Walkability: Pedestrian-Friendliness and walkability are actually two different things. A place can be easy on walkers and cyclists, but still a pain to traverse without a car. City Centre is walkable enough, but it’s not necessarily pleasantly so. If you want to walk from Chapters to the Sussex Centre, you have a long haul across a barren sidewalk to look forward to. If you want to walk to 5 and 10 (it’s a bit of a jaunt, but it’s doable and great exercise on a nice day), you have to pass empty fields and rows of same-same houses. In Port Credit, you can admire the lakefront and the area’s carefully curated indie aesthetic as you move along Lakeshore from Mississauga Rd. to Hurontario. It’s a cuter, more scenic walk that doesn’t feel like drudgery. There are also less car horns.

Here’s what City Centre has going on:

1)    Condos: Whether you like it or not, condos have become an integral part of most cities’ downtown looks. Modern and chic, towering glass-faced condos with sleek designs are a gorgeous asset to any skyline and City Centre looks fantastic from afar. While there are a handful of high-rise condos and apartments in Port Credit, the area mostly boasts older low-rise buildings and some very pretty townhomes. They’re both historical and picturesque, but they’re not necessarily urban.

2)    Businesses: City Centre contains a lot of high-rise office buildings and ample workspaces are often associated with downtown cores. So, there’s that.

3)    Transportation: In terms of transportation, City Centre wins out. It’s the home of MiWay’s hub and is where everyone in the city converges to catch a bus to subway stations, local destinations and York University. If you need to leave Sauga and don’t want to/cannot drive out, you’re going to Square One.

So, all that said, it almost looks like we have two downtowns.

What do you think? How downtown do you feel in City Centre and Port Credit? Which one seems more chic and urban to you?