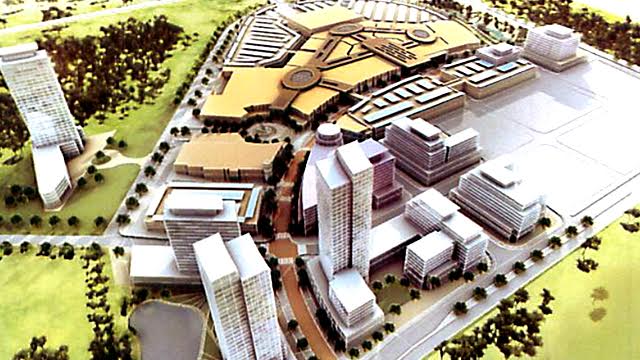 You might be thinking a lot about malls and wondering, “hey, what’s happening with that mega mall that’s caused so much controversy?”

Well, the mall hasn’t made too much progress, but it is barreling along, though slowly.

Here’s the most up to date info on what’s happening with Brampton’s mega mall!

According to the city, a settlement was reached back in February 2017 between the City of Brampton, developers Osmington inc. and the appellants (challengers) to the city’s official plan amendment (OPA) 101. While the Ontario Municipal Board has approved the company’s requests for substantial portions of land, the OMB has not yet issued an order approving the settlement.

“OPA 101 represents Phase 1 of a three-phase planning process. It relocates the Osmington lands to the Mount Pleasant Secondary Plan Area and sets out development criteria to guide the next stages of planning approvals,” said a representative from the City of Brampton. “OPA 101 does not assign development rights, but it clearly establishes the intent for the Osmington lands to develop as a Regional Retail Centre in the form of an enclosed mall.”

The proposed development isn’t terribly new and has been around since 2010. As you can see from this report, developers have always had something a little unconventional in mind and proposed an amphitheatre for outdoor seating and performances, outdoor dining terraces and space for water play and skating. Developers have also said the facility will employ 4,600 people who will take in a combined income of $140 million a year.

It’s important to note that OPA 101 does not officially assign development rights or essentially give Osmington the go-ahead to establish its regional retail centre. The city has pointed out that a subsequent OPA and zoning by-law amendment is required in order for the development to proceed.

Basically, the city has to give the project the final okay.

“This represents Phase 2 of the planning process,” the City said earlier this year. “City staff is currently reviewing the Phase 2 planning applications, and a statutory public meeting was held in April 2016.”

The City also said earlier this year that “A recommendation on the Phase 2 applications is expected by the end of 2017.”

Now, Osmington has to seek zoning approval from the city before moving forward. The developer is also being challenged by Morguard, the operators of Bramalea City Centre. Morguard actually appealed OPA 101 and the OMB is set to respond to and address the appeal sometime soon.

So while this project is still very much in its infancy and isn’t a sure thing yet, it’s no doubt exciting–or perhaps troubling–for residents who either want (or don’t want) a mega mall in their neck of the woods.

The entire project could cost $920 million, according to the 2010 report.

So, what do you think Brampton? Will the mall be a good fit the city?