What Your Landlord CANNOT Get Away With in Mississauga 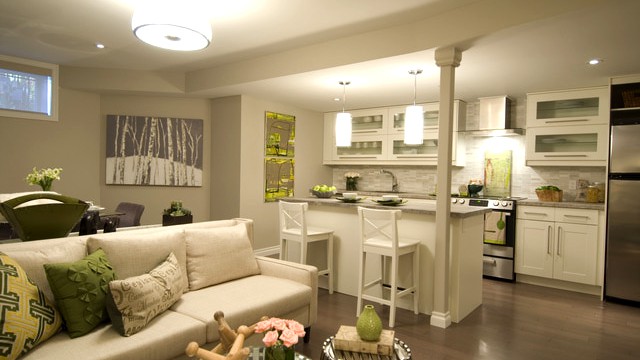 Earlier this week, a shocking Kijiji ad was called out for being blatantly racist.

The ad, posted on Sunday, for a basement apartment at Derry and McLaughlin said, “Black guys pls no call.” The inflammatory and discriminatory request was eventually removed and the homeowner claimed it was a language (he is not a native English speaker) error, but the damage was already done and far too overt to back away from.

While the ad is a somewhat extreme example of discrimination, it’s not at all uncommon to see exclusionary or outright bizarre criteria in Kijiji posts. In fact, a brief glance at roommate/tenant listings on the site can turn up a few puzzling demands that are, if not outright illegal, certainly unethical.

It’s not unusual for female landlords and roommate seekers to ask that only women apply for openings, nor is it uncommon for landlords to request that a prospective tenant be of the same race, religion or ethnicity as they are. This ad, for example, specifically requests a working class Muslim or Pakistani family.

Some lawyers have weighed in on the “black guys pls no call” ad and declared that the landlord acted in violation of the Ontario Human Rights Code. That’s an important distinction, especially since some landlords — more specifically, those renting out unregulated/illegal basement or secondary units — might think that their specifics are acceptable simply because their tenants are not renting regulatd units.

It is important to note that, if you are sharing a kitchen or bathroom with your landlord or members of the landlord’s family, you may not be legally viewed as a tenant.

“When you occupy a space, either in a movie theatre or a friend’s living room, that is private property, your lawful right to be in that spot is granted by a thing called a license. Meaning you have been given a license to be on private property unless asked to leave,” explains Rhyan Ahmed, barrister and solicitor (partner) at the Mississauga-based KPA Lawyers Professional Corporation.

“When a person is occupying a space they don’t own but are paying for, the law that governs that relationship is the Residential Tenancies Act. “The vast majority of residential renters in Ontario are protected by the Act and have rights as tenants. That being said, Section 5 of the Residential Tenancies Act itemizes 13 exemptions in which the Act does not apply. For the most part, one of the most common of these exemptions are situations where the tenant must share a kitchen or bathroom with the owner (or the owner’s family members). In those cases, the Act does not apply.”

All that said, all tenants are protected by the provincial Human Rights Code.

The Human Rights Code decrees that everyone with legal capacity (meaning a legal adult of sound mind) has the right to a contract on equal terms. In the case of the discriminatory ad, it doesn’t matter whether or not the landlord is renting out a bedroom and sharing the bathroom and kitchen with the tenant  (if indeed he is) and can therefore fly under landlord/tenant laws. What matters is that he is willfully and openly entering the marketplace and offering a good — a part of his home — with discriminatory caveats.

“[The ad] could be an invite to the world to enter a contract, so this could be a violation of the code,” Ahmed says.

That said, there are exemptions.

“The law is flexible. For example, there are things called bona fide occupational requirements. For example, if someone wants to be a model, [an agency] might want someone of a certain age and that’s expected. A woman who only wants to rent to other women could argue that she’s acting in good faith for safety reasons.”

But while the law is flexible, there are some general rules that tenants should be aware of in the event that their landlord tries to enforce an unfair rule.

The first rule — and one that often comes up in Kijiij ads — is the no pets clause.

“According to the Act, prohibiting pets is not allowed,” Ahmed says. “The landlord doesn’t have the right to ban pets, but if the landlord owns a unit in a condo that does not allow animals, that’s different. The board can ban pets if that’s a bylaw in the building.”

In other Kijiji ads posted over the years, some landlords have gone so far as to dictate who the tenant may socialize with in the home. Some landlords have asked that tenants not have overnight guests, opposite sex guests, many guests or, in some cases, any guests at all.

“The short answer is no,” says Ahmed, adding that landlords can stop tenants from allowing someone else to live in the home without proper authorization. “As a general rule, tenants are entitled to have overnight guests. Landlords can question tenants about roommates and pets without those questions being seen as unlawfully interfering with the tenant’s enjoyment, but attempts to stop the tenant from having guests or pets could later be found to be unlawful behavior by the landlord when reviewed by a tribunal (unless otherwise restricted by condominium bylaws).”

In some rare cases, a landlord may declare a curfew. That’s not okay, either.

“Again, the short answer is no. That being said, if a tenant, for example, is playing loud music and hosting disruptive parties late into the night, that could [become a problem].”

So, can a landlord ever discriminate — especially in instances where he or she argues that asking for a specific type of tenant is about safety above all else?

“In general, a landlord cannot discriminate on the basis of race, ancestry, place of origin, colour, ethnic origin, citizenship, creed, sex, sexual orientation, gender identity, gender expression, age, marital status, family status or disability or the receipt of public assistance. All of the examples would be considered an unlawful violation unless specifically justified by law.”

So while there are exemptions, they’re rare and hard to argue for.

“I mentioned the example of a woman preferring female tenants and/or roommates based on a possible stretch of the bona fide (good faith) exemption, but to be clear, such a requirement by a landlord would be deemed to be unlawful unless there is strong evidence to support some other determination of law.

Anything is possible, and as an extreme hypothetical, one could conceive of a possible case wherein a female landlord who is also a sexual abuse survivor may have a documented medical condition causing irrational anxiety from a male tenant being in her home.”

As for whether or not someone can demand a tenant of the same race or sexual orientation for safety or comfort purposes, that’s not typically allowed under the Code.

“It’d be difficult for [for example] a Muslim, South Asian, or LGBT landlord to make the case that their preference for someone from their own community is a preference that is supported by law. It does not strike me as reasonable or in good faith, and is exclusionary on its face. Going back to the special interest organization exemption, the people would have to offer the residential tenancy services through a mosque or land owned by an LGBT rights group and make the case that they qualify as a special interest organization under the Human Rights Code. But the average landlord cannot do that.”

So, there you have it. All landlords — even those operating unregulated units — have to answer to the Human Rights Code when seeking tenants. Official landlords also cannot prohibit pets, guests (overnight or otherwise) or institute a curfew.

And they most certainly cannot ask that black men not apply.