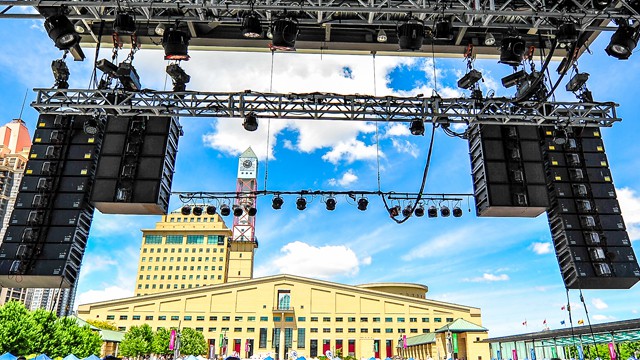 The issue of climate change has emerged as a major policy matter for Canadians after 10 years of the Harper administration. As this new Trudeau government is all about consultation, Mississauga’s federal representatives recently hosted a public town hall meeting on environmental and climate change at Sheridan College’s Hazel McCallion campus.

However, it seems, according to this Mississauga News article of a firsthand account, some prominent members of the public (particularly those who are well-versed in climate change policy) were disappointed by the meeting. Here’s what I think the problems were which led to that conclusion:

The MPs’ goals did not jive with the public’s goals

Omar Alghabra, the MP for Mississauga Centre, stated that the goal of this meeting was to gather ideas and bring them back to Ottawa for consideration, not to debate the politics of climate change. I don’t think in 2016 there’s anybody else debating whether climate change exists in Canada, but I think the public expected some substance to be presented from the MPs who organized this meeting when they advertised the town hall meeting about climate change. Sven Spengemann, the MP from Mississauga Lakeshore, did present the government’s climate change targets, but as for how to get there, that was not really clear. The public was expecting answers and solutions from the government, as they would expect when coming to an event that was so hyped up in the weeks leading up to it (I myself received several notifications via social media and email about the event), so it’s just disappointing that people found the meeting provided little substance at all.

One of the criticisms of the last government was how messaging was strictly controlled and MPs were basically working for the Prime Minister’s Office rather than representing their constituents’ concerns to the government. I would agree that this current government is much more open and much more responsive (Conservative MPs would likely not even discuss climate change at all) but the controlling of the message is still present, albeit in a much friendlier tone. When Matt Hunter, representing a group called People’s Climate Plan, asked how the federal government can restrict planetary warming to just 1.5 degree Celsius while still expanding oil and gas pipelines, all Alghabra could say was that the National Energy Board is reviewing this matter. Or when asked why Canada signed the controversial Trans-Pacific Partnership agreement, a 12-nation free trade and corporate rights deal that leaves the nation susceptible to lawsuits from companies that feel the country’s climate change strategies are non-competitive, another MP, Peter Fonseca, said committee forums are available for people to voice their concerns (basically punting the answer for some other meeting to answer).

They’re not literally saying nothing, but people are smart enough to know that those kinds of answers were hashed over and over again, prepared in order to placate the masses and look like they’re doing something. Next time, some specifics would be nice from our elected politicians.

Roundtables Would Have Been Better

Mississauga city councillors Chris Fonseca and Jim Tovey were on hand to provide updates on city environmental initiatives, but I wished they had given our federal MPs some pointers on how to run a proper consultation. I’ve been to enough public meetings around the city to know that having roundtable discussions makes people feel like they’re at least being properly heard, as well as allowing people to learn from each other and build on stronger community relations. Just one main presentation, followed by breakout groups where citizens can engage one another and learn from each other would have been a more enlightening experience.

And on another note, putting people together at separate roundtables discussing amongst themselves would have allowed a filter to filter out unrelated topics of discussion that would not have made it back to the main forum. There were speakers lined up asking MPs for government funding because they think their local businesses are green and they need support from the government. Apparently one gentleman started talking about a custody battle he was in, which is completely off topic.

This proposed kind of format would also allow the politicians and their staff a break for them to check their emails and social media without being perceived as being rude by the attendees. Which brings me to:

Social Media Use By Politicians

The MPs were called out in the article for looking at their phones and checking their watches while people were looking right at them and asking questions, which anyone will tell you is rather impolite. From a communications standpoint, if you want to show people you’re there to listen to them, that is one of the last things you should be doing. At least bring a notepad to jot down notes or look like you’re jotting down notes. I know these days every MP, regardless of party, is on social media and tweeting out photos and videos of whatever it is they’re doing to show people they’re working hard. It may be a good idea as a public servant these days to do so, but there’s something to be said for being overly dependent or obsessed with social media and checking your electronic gadgets literally at all times. Finally, MPs don’t do these things alone; they have more than capable staff to check emails for them and conduct social media activities while they are busy doing something like hosting a town hall meeting and talking with residents about climate change.

To sum it up, our Members of Parliament have the right idea. But some of the methods adopted and mannerisms exhibited by our elected officials left a bad impression to those who took the time to participate in this forum. Next time, just some simple efforts and better arrangements for citizen engagement should be made.