What to do About Identity Theft in Halton 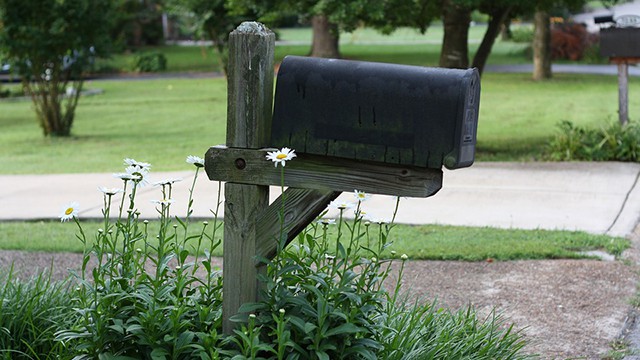 Whether you have a locked mailbox in a condo or an open mailbox on a scenic country road in Oakville, Burlington, Milton or Halton Hills, you probably feel your mail is safe from prying eyes.

Whether you have a locked mailbox in a condo or an open mailbox on a scenic country road in Oakville, Burlington, Milton or Halton Hills, you probably feel your mail is safe from prying eyes.

But what if it’s not?

Melissa* (not her real name) was always a little nervous whenever she was home alone in her Mississauga home–especially if it was for long stretches of time while her husband, Andrew*, was traveling for work.

But even though she felt uneasy in her house, she never truly believed she had much to worry about until she noticed, after a string of suspicious events involving fraudulent credit card activity, a strange man lurking at her private mailbox in the middle of the day.

The sight, though alarming, was not entirely unexpected.

In fact, Melissa, who is self-employed and works from home, deliberately set her work station in front of window so she could watch her mailbox. She knew it was attracting someone with malicious intentions.

Melissa said they only became aware of suspicious activity a few weeks ago. The couple, who have their own personal mailbox in front of their home, started to notice that they were getting less mail than usual. Although they weren’t initially concerned, worry set in when a brand new credit card that Andrew never applied for arrived in the mail.

When a bank confirmed that someone claiming to be Andrew called to apply for more credit and Melissa stopped receiving checks from clients who swore they’d sent them days or weeks ago, they knew something was terribly wrong.

Like many people, Andrew and Melissa are victims of identity theft.

According to the Halton Regional Police Services Fraud department, identity theft occurs when someone uses your personal information (address, name, date of birth, etc.) without your knowledge to obtain credit.

In most cases, people are not aware they’ve been victimized until they find out someone has opened an account of some sort using their information.

What are some signs that you’re a victim?

Much like Andrew’s case, people often find out they’ve been targeted when they’re contacted by a creditor who tells them that an application for credit was received in their name.

In other cases, victims suddenly start receiving phone calls or letters in relation to cards they never applied for. Sometimes, people are unaware anything untoward has happened until they start receiving calls from collection agencies about outstanding bills and debts they know nothing about.

“I noticed we weren’t getting any mail and I wasn’t receiving any cheques,” Melissa says. “My clients said they mailed my checks weeks ago, so I realized something was going on with our mail.”

Now almost certain that someone had obtained her husband’s personal information by stealing their private correspondence, Melissa decided to stage a subtle stakeout.

“Last week, I told my husband I was going to sit there and watch and work directly in line of sight to our mailbox. At 10:30 in the morning, I saw our mailman and we got our mail. After that, I thought maybe we were being paranoid. Then I looked up saw somebody at our mailbox. He was peeking in and he got startled when he looked up and saw me looking at him,” she said.

“He didn’t expect me to be there, maybe because my car was beside the house and not in the driveway. He didn’t think I was home.”

Although the sighting helped put the pieces of the puzzle together, it made Melissa more fearful than anything else.

“I was trying not to panic, I was home alone. I was also trying to give him the benefit of the doubt, thinking maybe he was dropping off a flyer. I went to the mailbox, and there was nothing. I got nervous. I looked for him, but he was gone. I was kind of in shock.”

Melissa says the man, who looked to be in his late 20s or early 30s, has not been back since she spotted him.

That said, her and Andrew have had to go out of their way to take a number of precautions, including contacting the police, their financial institution, other banks, Equifax and Transunion. The couple has also changed and locked their mailbox and installed a camera.

When people realize they’ve become victims of identity theft, they must move quickly to ensure their credit is protected and that they don’t continue to end up on the hook for purchases they never made.

While Melissa says no fraudulent charges have appeared on Andrew’s existing credit cards, the credit pulls have been harming his overall score.

“My husband is really upset about it. He’s always worked hard to make sure he has good credit. We’re keeping a close eye on our cards. We want to make sure nothing is being wracked up in his name and not being paid.”

So, what should victims do?

According to Halton police, there are a number of steps people can take to halt or minimize the damage.

Police say victims should immediately contact credit bureaus Equifax (1-800-465-7166) and Transunion (1-800-663-9980) and ask that their credit bureau accounts be flagged for fraud. Victims should also order their complete credit histories so that they can pinpoint suspicious transactions.

Victims are also advised to call their financial institutions immediately and ask them to flag their accounts. At the same time, people should contact the fraud departments of any creditors for any accounts that were opened in their names and make a report to them.

While dealing directly with credit and financial institution is crucial, victims should also contact Halton police’s Fraud Intake Officer or report the identity theft at the closest police station. Victims are also advised to contact the Canadian Anti Fraud Centre (CAFC) at 1-888-495-8501.

Halton police also say victims should maintain a written record of all communications and actions taken during the reporting process (i.e. financial institutions, credit provider, credit bureaus and police). People who have been victims of identity theft can also complete an Identity Theft Statement.

According to police, that document helps you notify financial institutions, credit card issuers and other companies that the identity theft occurred, tells them that you did not create the debt or charges, and gives them information they need to begin an investigation.

“Andrew has called every bank that he deals with,” says Melissa. “We had one incident where one bank told him someone did call pretending to be him to get a credit card. He asked them what information that person had and they said he had his credit card number. We’ve alerted all the banks about fraudulent activity. There are flags on our accounts. One bank did end up sending a credit card to us that we didn’t order.”

Melissa said they were also told install a lock on their mailbox.

“Ours was wide open, anyone could steal from it,” she says.

Experts also advised her and Andrew to move to paperless (online) services to minimize the risk that someone could get their hands on a paper credit card bill or statement.

Alongside other inconveniences, Melissa had to ask her clients to cancel her checks immediately. Now, she’s in the process of picking them up personally.

“For me to not receive those checks, it’s really inconvenient,” she says.

But while the couple is doing their best to rectify the damage, Melissa says the situation has made her feel unsafe.

“When we moved here, I was a little bit uneasy because I was working from home every day in a new neighbourhood, it took me awhile to get used to being here alone. It makes me wonder how safe am I here by myself,” she says.

That issue has also made the couple extra vigilant.

“It’s made us more aware of our surroundings and what we get in the mail. We’re constantly checking our bank account and finances. We installed the camera over the weekend.”

Melissa and Andrew spoke to neighbours to ask if they’ve experienced any suspicious happenings with their mail. So far, no one else has had any complaints.

“I’m not sure if he or they are targeting us or our neighbourhood specifically,” she says. “We don’t have a lot of activity during the day, there aren’t a lot of kids running around. It’s a sleepy area.”

“A part of me wanted to keep the old mailbox just to see if he’d come back,” she says. “We think this has been happening for months.”

To learn more about where to go if you believe you’re a victim of identity theft, click here.