What the Ontario Parties are Offering in the 2018 Election 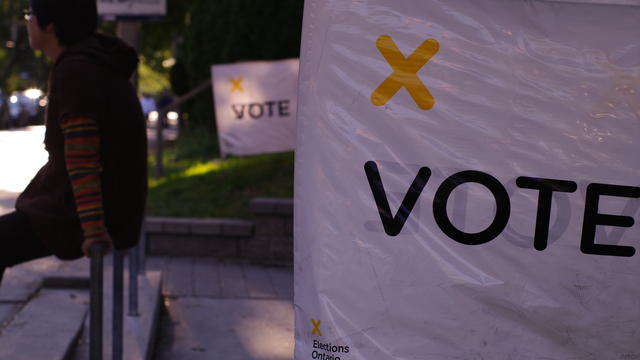 Brace yourselves, Ontario: it’s almost time for another provincial election.

A few shorts months from now, the campaign will get underway and candidates from a variety of political parties–mainly the Ontario Liberals, Progressive Conservatives, and New Democrats–will be knocking on your doors and competing for your votes as Ontarians get set to elect 124 MPPs to Queens Park to form the next government.

It’s a familiar exercise of democracy; let us be cognisant of the fact that people in less fortunate countries literally die for the right to cast a ballot. Based on the last few elections, a good chunk of Ontarians take democracy for granted as voter turnout has been abysmally low. Voter turnout was 52 per cent in 2014; by contrast, the 2015 federal election saw a turnout of 68 per cent.

We live in an age where elections are increasingly defined by leaders rather than ideas or policies. The Liberals’ political fortunes are intrinsically tied to how Premier Kathleen Wynne will fair with voters, while NDP leader Andrea Horwath struggles to define her party for the electorate and remain relevant to the discussion.

And of course, the first few months of 2018 had seen political upheavel and intrigue like no other, as the Ontario Progressive Conservatives figurately self mutilated themselves by dumping their leader, Patrick Brown, after he stepped down due to sexual assault allegations, followed by a month long leadership race that saw Brown jump back in, leave again, culminating in a chaotic convention that picked Doug Ford (yes, that Doug Ford) as the new PC leader going into the election.

But if you still put stock into policies that parties put forward during a campaign, let us take a look at the three main parties’ policies (or at least what has been released thus far). Most of this information has been gleaned from the recently released from Ford’s recent statements, material from the NDP website, as well as the slew of Liberal government announcements through the last few years.

Note: the Ontario PC had released a platform called the People’s Guarantee with Patrick Brown’s smiling face on it, but that is obviously being “reviewed” in light of the new leader, who stated he was against the very carbon tax that was in that platform which would have paid for the Tory promises. Therefore, until a more concrete platform emerges, most of the PC policies are gleaned from the in-limbo People’s Guarantee.

Conservatives: the Tories are promising to end “geographic discrimination” for auto insurance while not allowing insurance companies to raise rates in other parts of the province. In addition, they want to crack down on insurance fraudsters and uninsured drivers, citing the mismanagement of the Ontario Tire Stewardship under the current government.

Liberals: the government recently announced the “Fair Auto Insurance Act” in order to lower premiums by combating insurance fraud. One provision in the proposal is to direct the Financial Services Commission of Ontario (FSCO), the government body that oversees auto insurance in the province, to review risk factors used by insurers to calculate premiums with the goal of ensuring drivers in certain parts of the province are not subject to unfairly high rates.

NDP: In their visioning document, the NDP says their government would ensure drivers get the 15 percent savings (reiterating a promise backtracked by the Liberals to reduce auto insurance rates by 15 percent) while protecting benefits. They are also going to tackle the regional inequities in auto insurance which disproportionately affect low-income and racialized communities, and continue to drive toward greater affordability.

Conservatives: One of the highlights of “The People’s Guarantee” is the promise to build $5 billion worth of subways in the Greater Toronto Area. The Tories’ platform makes specific reference to the Yonge Relief Line the Yonge line extension to Richmond Hill, and the extension of the Sheppard Line to close the loop with Scarborough. No word on how the Tories will actually find that $5 billion to pay for all these proposed subways.

As for other non-subway transit projects, in their platform the Tories state they will “fulfill the existing commitments to all-day, two way GO train service and to complete projects already underway,” such as LRT in Hamilton, Kitchener-Waterloo, and Ottawa. In the past, Ford was not a very big fan of LRTs, which he mistakenly labels streetcars even though the two transit modes are different. Unlike Brown, the former Toronto councillor has not stated whether he would respect municipal decisions on LRTs or if he would cancel those projects already underway.

Liberals: This government just recently opened the York Spadina subway extension, a project that dates back to Wynne’s predecessor Dalton McGuinty’s government. As for how to pay for future transit expansion, Wynne said in her recent town hall in Brampton that selling assets such as Hydro One allowed the government to find the revenue for infrastructure.

One idea that the Wynne Liberals made clearly abundant that they were not going for is allowing cities to implement road tolls, such as when she quashed Toronto Mayor John Tory’s request to do just that for the DVP and the Gardiner Expressway. Congestion pricing is one of the best ways to pay for infrastructure, but Wynne’s MPPs from the 905 talked her down from it due to how politically toxic such an idea would be to voters.

NDP: The NDP says they will match municipal operations funding for public transit on a 50/50 basis, meaning the province will pay half. The NDP says that adds up to more than $800 million annually for transit, including more than $330 million for Toronto alone. The party believes this will allow cities to provide immediate service improvements and more affordable and equitable fares.

Conservatives: Under Ford, the Tories said they would keep the $14 minimum wage increase for this year but would freeze it at that amount, meaning the scheduled 2019 minimum wage hike to $15 would be scrapped under a Tory government.

The party recently released some quotations from workers, academics and small business owners who agree with the wage increase, but much of the coverage on this topic has revolved arund opposition from business owners. Some have said they will have to save money by cutting staff and scaling back hours. Even large chains like Metro have indicated they would have to scale back their 24-7 store hours to compensate.

NDP: The New Democrats have also called for raising the minimum wage to $15, but again as the Liberals already beat them to it, that deprives the NDP of one cludgel to beat the governing party with.

But the party can still fall back on promises to provide guaranteed sick days, predictable hours and schedules, equal treatment of temp workers by ensuring that any workers hired through a temp agency receive the same wage, same protections and the same benefits as those working beside them.

After the last campaign in 2014 when Horwath tilted the NDP slightly to the centre in order to appeal to a wider electoral base and failing, it would be wise for the party to lean back on their traditional, working class roots.

Conservatives: The issue of hydro is going to be an important “ballot box question” and the Conservatives believe they have some concrete proposals they can undertake to clean up the Liberals’ “hydro mess”, such as removing the Smart Meter charges on electricity bills immediately upon taking office and scraping the Green Energy Act.

Some policies that gives off more populist connotations is the promise to rein in  the exorbitant salaries of Hydro One and Ontario Power Generation executives, as well as rebating the government’s portion of Hydro One dividends directly to ratepayers through their hydro bills.

But the one promise that stands out is the Tories’ promise to lower hydro bills by an additional 12 percent….on top of the 25 percent cut the Liberals recently brought in. On top of that, the Tories have said they would eliminate the provincial cap and trade program.

Liberals: The two signature pieces of policy Wynne’s government has implemented when it comes to electricity was the sale of 60 percent of Hydro One, and the 25 percent cut in hydro bills which was more of a reactive move to the issue of rising hydro costs (which have been climbing year over year).

The criticisms for this government’s approach is that they are so focused on alternative ‘green’ energies, as encompassed in their Green Energy Act, that they allowed the government to essentially prop up an industry that has not caught on with the regular market. Meanwhile, people’s Hydro bills are going up and the province is producing so much surplus power that it is shipping it away for free to Quebec and neighbouring U.S states.

It seems the two silver linings that the government can rest laurels on is that there hasn’t been a North America-wide blackout under their watch, and smog days have virtually disappeared since shutting down coal fire plants. But they really need to stay away from gas plants; anything to do with gas plants brings nothing but trouble for the Liberals.

NDP: the NDP have indicated that they also support cap and trade but wants to make sure that “no one gets left behind.” They promised to dedicate at least 25 percent of cap and trade revenues to support communities and individuals with disproportionate burdens, such as northern/rural Ontarians and low-income families, also ensuring workers in trade-exposed industries are protected as Ontario makes a the transition to a low-carbon economy.

Conservatives: the Tories are promising to review the province’s real estate portfolio to increase housing supply or municipally led affordable housing, citing how the Liberals’ restrictive growth plan has led to small towns like Innisfil building condos while detached subdivisions are being erected next to major transit stations in Toronto. The Tories promise to get the planning done right by working with municipalities to make OMB appeals less likely, which will most likely be the case anyway once the OMB reforms kick in.

Liberals: The government earlier this year implemented a number of policy changes designed to curb soaring rents and house prices, such as a 15 per cent tax on home purchases by non-residents in the GTA, rent controls for all private rental units (not just those first occupied prior to 1991), and incentives such as a $125-million, five-year program to encourage the construction of new purpose-built rental apartment buildings by rebating a portion of development charges.

NDP: The NDP are promising to help homeowners by clamping down on land speculation and property flipping, reform condominium legislation to protect people’s investment from shoddy workmanship and truly bad deals, and actively work with the federal government to build a National Housing Strategy that puts people first and take steps to address the supply of housing.

The party is also encouraging the development of ‘missing middle’ housing, meaning higher density communities that fit between detached single family homes and high-rises. As for rent controls, the NDP proposed the same thing the Liberals did on that front. Also included were calls for more investments in co-op housing.

This is just a brief summation of what policies are being offered by the main parties vying to become the next Ontario government. As a voter, it is important to educate yourself on what these people are actually proposing and see how they are relevant to your everyday concerns as a tax paying citizen of this province.