What Should Mississauga Do With Its New Canada 150 Money? 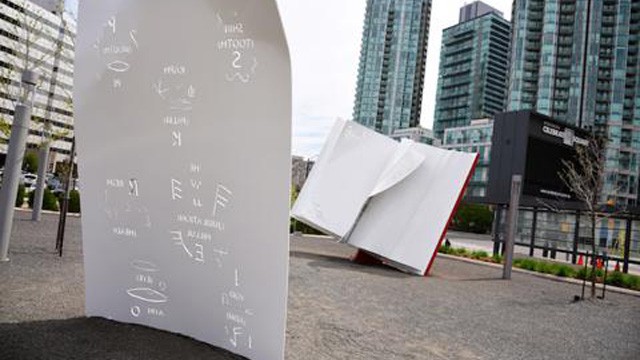 Mississauga is getting a good chunk of change from the new Canadian government, as Canada’s 150th anniversary is just around the corner.

Recently, Canada’s Minister of Innovation, Science and Economic Development Navdeep Bains was at Celebration Square alongside Councillors John Kovac and Carolyn Parrish to announce that Mississauga is receiving up to $199,000 through the Canada 150 Fund. The fund was set up by the Canadian government to finance large scale projects to commemorate and celebrate the upcoming 150th anniversary of Confederation.

The concept for Canada’s 150th anniversary celebrations is centred around the themes of diversity, inclusion and reconciliation with Canada’s indigenous community. A national call to artists was made to commission an art piece that will be a permanent fixture at Celebration Square to reflect those themes.

So, what could possibly encapsulate such themes appropriately?

Since this is a nationwide call for artistic talent to ply their trade, the artist may not necessarily be from Mississauga. Celebration Square is already home to The Book by Ilan Sandler (as part of the Mississauga Public Arts Collection) but the idea behind a giant book made of steel alloy was to represent the principles of knowledge and learning that libraries are known for.  I definitely agree that Celebration Square definitely could use another art piece, especially one that’s connected to the 150th anniversary of Confederation.

It’s also true that Mississauga could use more art that recognizes Canada’s need to reconcile with the indigenous community.

There are actually a number of public art pieces around Mississauga, but it seems only two are related to anything regarding the indigenous peoples. One of them is “The Messenger Project,” located at the Erindale GO station, which depicts an eagle perched on a stack of suitcases. The bird symbolizes the Mississaugas of the New Credit–the original inhabitants of Mississauga prior to their resettlement near Brantford. There is also the beautiful mural on the ceiling of the Mississauga city council chambers, titled The Great Bear and the Seven Hunters, which depicts a visual representation of the Ojibwa legend of the same name. That said, those are the only two public art  installations in Mississauga that I’ve heard of that are related to indigenous culture and, with all due respect, do not really reflect anything about diversity and inclusion. While The Messenger Project is a little bit new because it was installed around the same time as the recent Erindale GO station renovations, the Great Bear mural on council chambers ceiling has been there for decades. Most people who attend meetings inside the chamber probably rarely notice it, let alone understand its connection to indigenous culture.

Also in regards to those specific art pieces; they are in locations where the general public rarely ventures, except when you have to attend a council meeting or get on a GO train to head to downtown Toronto.

Whatever gets commissioned should be in a more public place where people commonly congregate. Celebration Square is good, but other locations could also be considered. I hesitate to say the Square One area again since most of the public art in Mississauga is there already, but that’s still a prime location if you want people to go see it. We could also look at Port Credit or some larger outdoor venue, such as the Riverwood or Erindale Parks.

Finally, in regards to the themes of diversity and inclusion, in Canada’s history we’ve had a hard time displaying that when it comes to indigenous relations; it has not always been all smiles and sunshine. Whatever gets selected needs to acknowledge that unfortunate historical reality while also representing the idea of moving forward. The art truly should reflect the ideals of diversity and inclusion for Canada’s 150th anniversary.

This is a big opportunity for the city and its artists. Let’s hope we make something great.