What Meadowvale Village looked like over 100 years ago in Mississauga 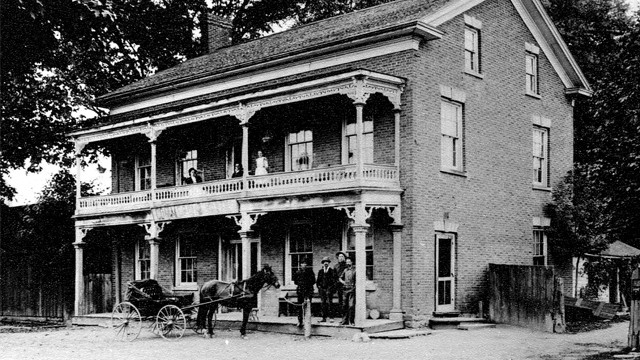 The story of Meadowvale Village begins in 1819 when twenty-nine families emigrated from New York State and settled in this area.

Due to the quiet pastoral beauty which greeted these early settlers, the area was appropriately dubbed “Meadowvale”.

Early milling enterprises were established by James Crawford and John Simpson. Simpson quickly became an affluent member of the community and is considered by many as the founding father of the village.

In 1836, Meadowvale had reached a sufficient size to be considered a village. Milling continued as the lifeblood of the community for many years, and the burgeoning village’s prosperity was directly linked to the success of the mills.

Francis Silverthorn moved to Meadowvale in 1844, and, with his expansions to Crawford’s mill complex, the community also acquired a grist mill. By the 1850s, there were two hotels, a wagon shop, foundry and a school to support the growing population.

Due to the well-preserved historic character of the area, Meadowvale Village earned the distinction of becoming Ontario’s first Heritage Conservation District in 1980. 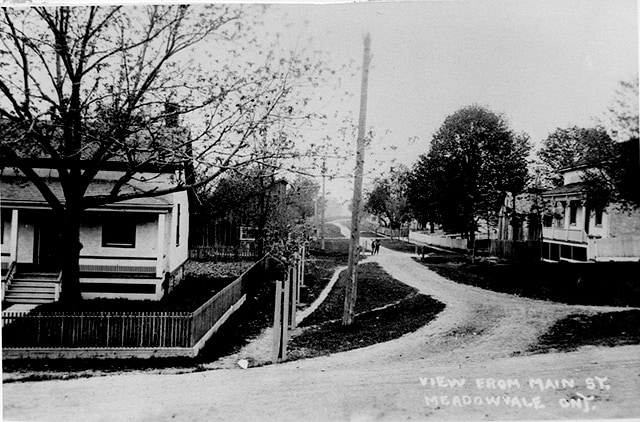 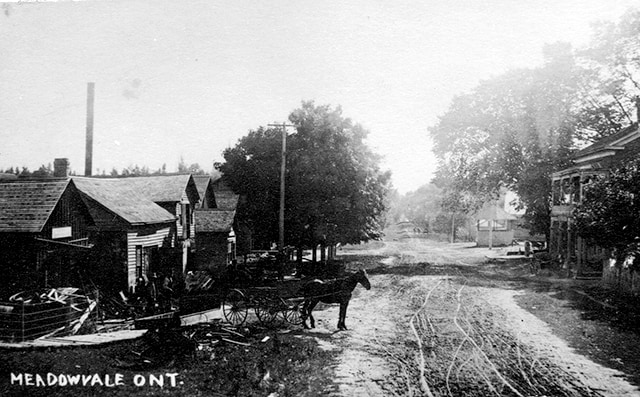 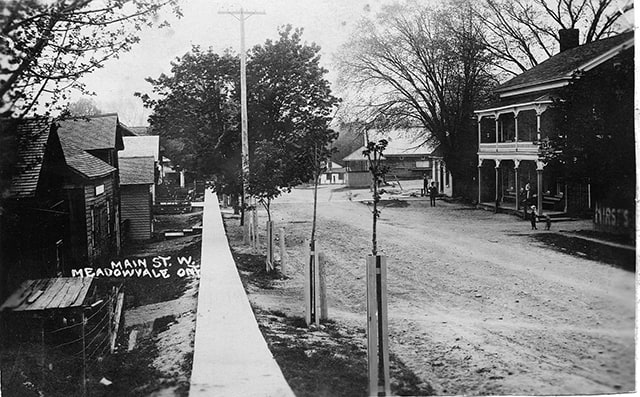 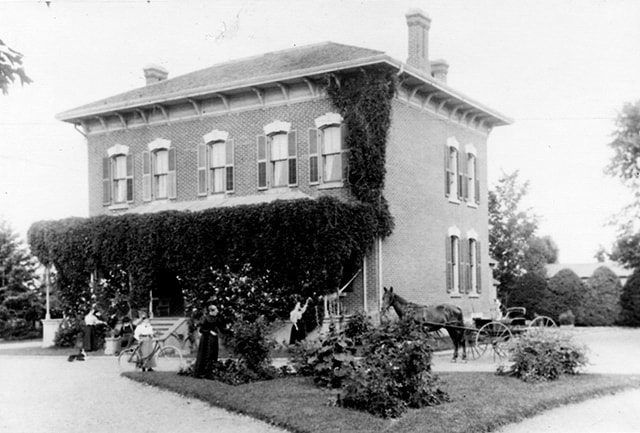 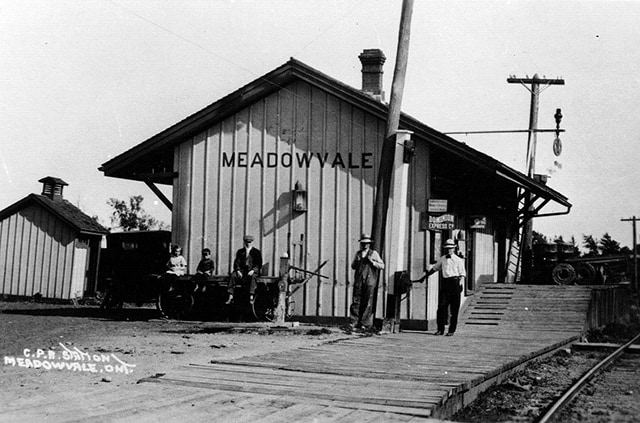 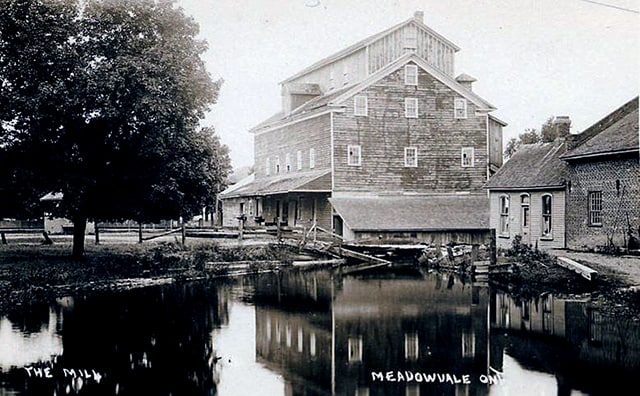 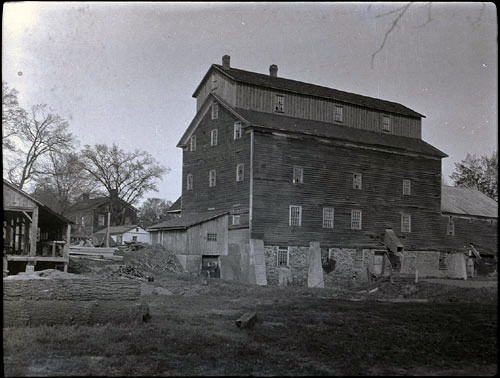 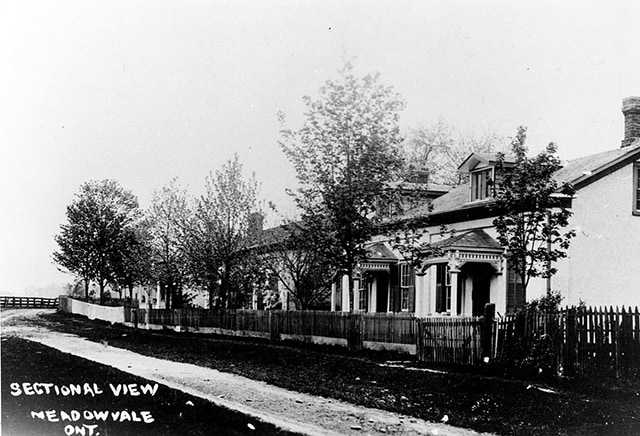 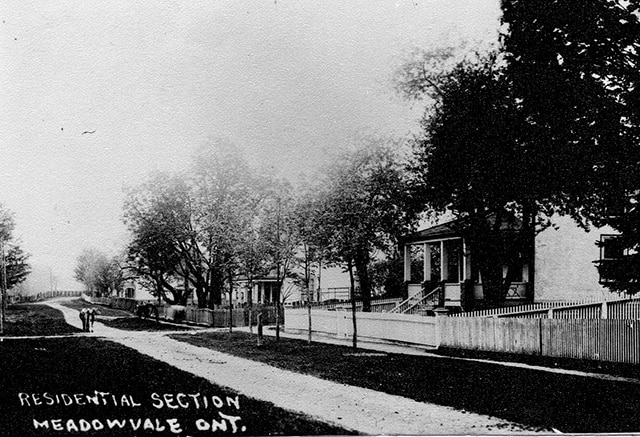 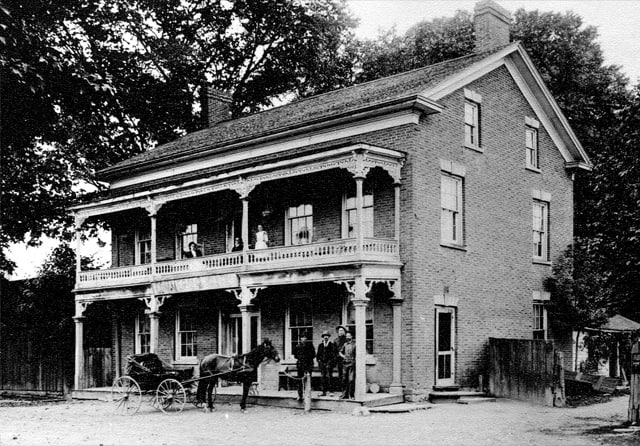