What Kind of People Are Using AirBnb in Mississauga? 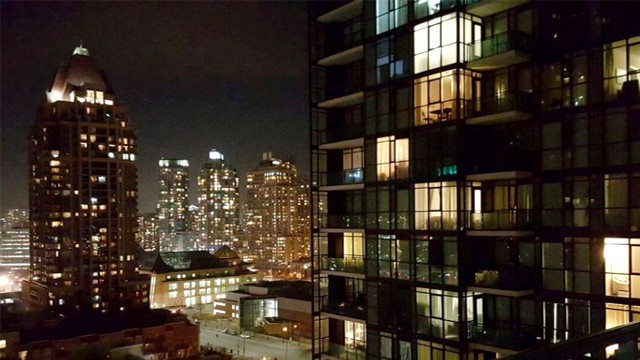 A few months ago in a west-end Mississauga neighbourhood, an Airbnb that was rented out to some people attracted some negative press when a house party caused a disturbance for the surrounding neighbours. It even went as far as to illicit a reaction from the local city councillor, Sue McFadden, who called for regulations on the service (much like how council has been looking into regulating Uber in Mississauga).

If you are unfamiliar with Airbnb, it’s just the latest example of the emerging sharing economy seemingly taking over our lives. Airbnb allows people to list their homes for rental purposes on an online marketplace for a processing fee. Airbnb has a presence in over 34,000 cities and over 190 countries with 1.5 million listings available. If you have extra space in your house or an extra apartment and want to make some extra money on the side, this is a good opportunity to do so (very much similar to the model that Uber has offered).

When I think back to the people that caused the ruckus, I think about Airbnb’s slogan of ‘Live Here.’ The idea of when you stay somewhere with an Airbnb host, it’s not just about staying for a few nights, it’s about experiencing the city or town you’re staying in and fully immersing yourself in the society, the culture, THE FOOD. It’s about expanding your horizons beyond what you’ve experienced at home.

The attraction to places like Paris, London, Portland and even Charlottetown is obvious. Paris and London are some of the most famous cities in the world, Portland is a unique paradise of urbanism in itself, and Charlottetown (where I was a few weeks ago) is the cradle of Confederation (look it up). But what about people who come to Mississauga — and where exactly are AirBnB available in Mississauga?

A quick search of Mississauga listings on the Airbnb website gives an indication where renters are located. There’s a map that shows listings, and as you zoom in closer, the number of available listings increases based on the area you zoomed into, with the specific listings shown on the left side with prices listed. They range from anywhere from $40 plus per night to around $150 to $200 per night. Not surprisingly, a majority of rentals I found available were clustered around the Square One area, with several pockets around Erin Mills and Meadowvale as well. Surprisingly, there were no listings in Streetsville, which to me has the ideal setting for visitors who want to come to Mississauga and visit one of its iconic villages.

So what would attract people to use an Airbnb rental in Mississauga, or what kinds of people are using these accommodations? This is what I’ve surmised after asking about the product through people I know who have used it, or are renters on Airbnb themselves.

People with families or friends coming to visit them in Mississauga

This would actually be the most common type of person to use Airbnb. You’re from outside the province or the country, and you have relatives or friends living in Mississauga and you want to come and visit them on the weekend. Only problem is, their condo isn’t big enough, but they just so happen to lease another condo across from them on Airbnb. Your friend/relatives’ problems are solved right then and there. Also, this would be an ideal solution for people who want to rent out but don’t want long term tenants, lest they encounter something like a rowdy house party that upsets their neighbours.

Fortunately, this scenario doesn’t seem to be too common. I understand if it’s your friend, but if you have relatives and you’re making them pay to stay at a spare condo unit you have, that’s a pretty lousy way to treat your family.

The City Centre area is home to a number of businesses, such as the accounting firm Grant Thornton, Economical Insurance, Intact, Aviva (those three are all insurance companies) as well as Desjardins and the Citizenship and Immigration Canada office. In the old days, you’d assume that if someone was coming into the Mississauga or Toronto office of their company, they’d have to pay for some high priced hotel that costs a bundle. Also most hotels, in Mississauga at least, are clustered around the northern parts of the city near the airport or the Meadowvale Business Park (i.e. the Delta Meadowvale). The Mississauga city core area is growing, and the expectation is that the LRT will spur more commercial building development.

For those people who come to City Centre for business purposes, they only have the Novotel at Hurontario and Burnhamthorpe as the only option for quick access to the office. With the cluster of available Airbnb rentals surrounding Square One, someone who’s only here for a day or two for work purposes could save themselves a lot of money by just renting one of those places for as low as $50 and giving themselves a short walk from a City Centre condo to the nearby office building. Likewise, if there are more Airbnb rentals in the Meadowvale area near the business parks and increased public transit options, businesspeople here in town for a meeting could save themselves the few hundred dollars they’d have to shell out at the Delta by renting Airbnb for a night.

I think this is a big opportunity for the ordinary citizen in Mississauga to cash in and get some decent side money and provide an alternative to the big hotel industry. You’re never going to completely eliminate hotels from the marketplace (some people prefer the king sized bed, swimming pool and gym that a hotel offers), but a diversification of the local economy could only be a good thing for Mississauga.

People who really are interested in coming to check out Mississauga

While I’m optimistic that in the future City Centre may attract more people to stay at Airbnb for business meetings and related matters, I highly doubt they would stay at one just to check out Square One or for one of the festivals that occur at Celebration Square. Square One is NOT the same caliber as West Edmonton Mall, the largest mall in North America. I would stay at an Airbnb in Edmonton for a week just to go to experience the West Edmonton Mall, not Square One, no matter how many high end clothing stores they open.

That’s why I was surprised there weren’t any near Streetsville; it’s actually the kind of place that has strong historical significance and the pedestrian vibe that would attract people to visit, and having affordable rentals in the area would help those who would have to find a hotel elsewhere. As for Port Credit, which some people consider the real downtown of Mississauga, there are plenty of rentals available which fit perfectly because of the substantial nightlife and festival atmosphere that comes with living in Port Credit.

Airbnb has emerged as an accommodation option in Mississauga, like I think Uber is and has emerged as an essential transit option. In a large sprawling city like Mississauga trying to adapt the ideas of new urbanism in the coming decades in order to attract more people to come and stay is bound to require a massive change in thinking and attitude.