What is Happening with The Sheridan Centre Mall in Mississauga?

When I write about the plight of dead or dying malls, I usually try not to single out one mall or another, preferring to talk about them in a general context. But last week on a community walking tour, I got a glimpse of one such dying mall that really warrants a special mention.

There are many things about this particular mall that have me concerned as a consumer and someone who thinks the existing space could be used for so much more.

The mall in question is the Sheridan Mall, or "Sheridan Centre" as it is currently known, located south of Dundas Street along Erin Mills Parkway. The mall has seen better days, and since Target left one of the shopping centre's prime locations, there literally has been nothing but government, health services and some minor retail outlets keeping it going.

For the record, insauga.com has reached out to the property management company associated with Sheridan Centre several times via email and phone calls. No one has ever responded back to our inquiries regarding future plans for the mall (namely its now vacant Target space). So our only recourse is to examine the current state of Sheridan and opine as to what can be done to improve its current condition.

Here are some observations of I found on my brief tour through Sheridan Centre. 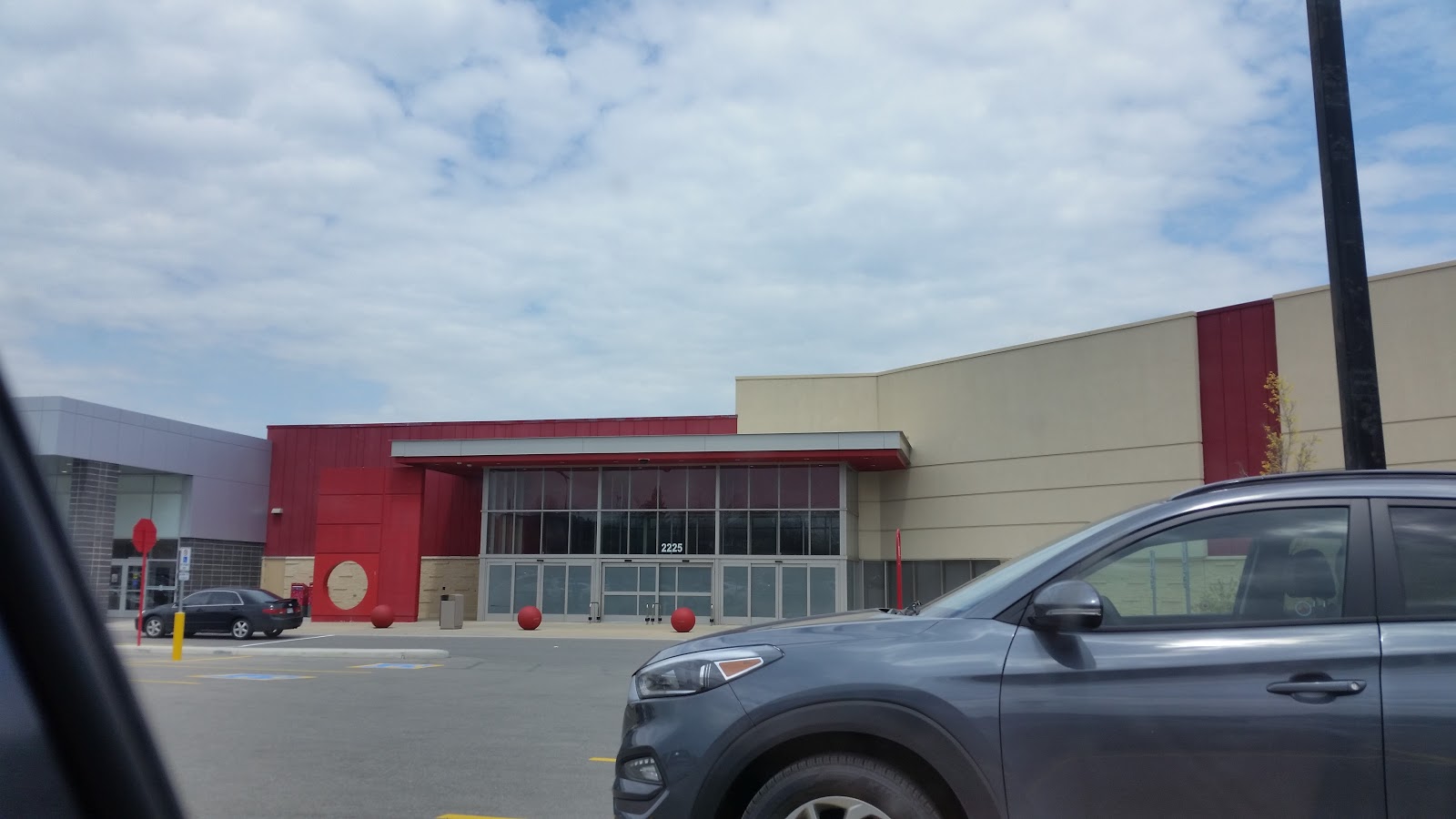 The above photo is the old Target location at Sheridan Centre (According to this Tumblr page, it is the 104th documented closed Target in Canada). You can see at the front entrance and on the left side the spherical and circular shape that is associated with the Target logo. This is a few thousand square feet of prime commercial real estate, but there was no indication anywhere what, if anything, is moving in there.

Perhaps if this Rec Room concept recently announced for Square One is successful, they could branch out here to revitalize the space to provide recreational activities for the nearby communities? Other than that, a Walmart might work. People need a place to obtain goods and groceries, and although there is a Metro on the other side of the mall, some residents would probably appreciate another option.

Speaking of the Metro, this "ancient artifact" was located at the front entrance. 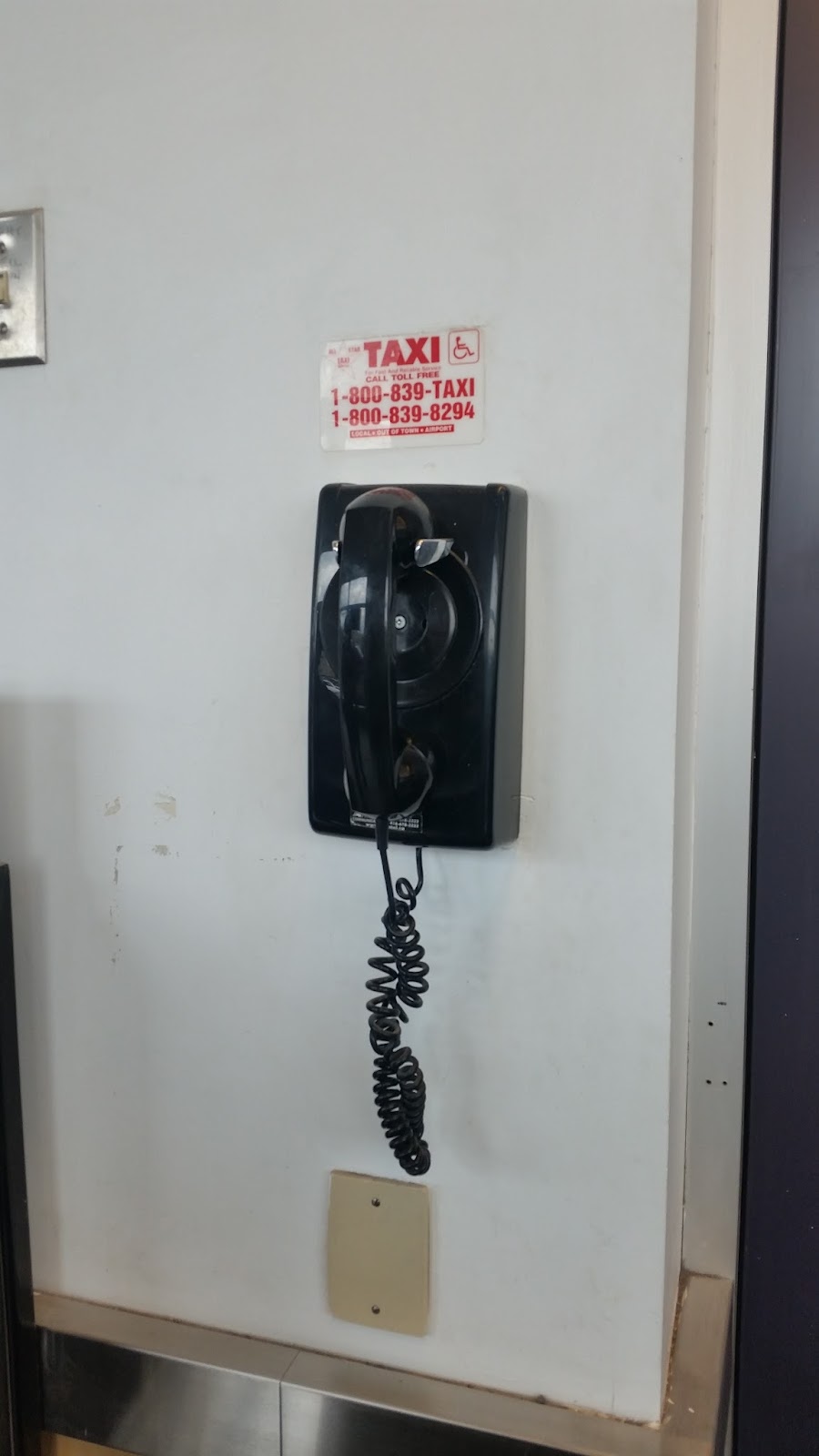 This is an old phone from literally the last century, and you can dial only one number on it: the number for a taxi service. Hey, don't laugh, there is use for this thing from people still interested in taking a taxi in Mississauga, where everybody has a car and our Uber centric world gives people the option not to own a car themselves.

Give it another 20 years, and by the time we're all in flying cars and Uber is installed as an app in our own individual cranial microchips, then maybe this phone can finally be put where it belongs…in the museum. 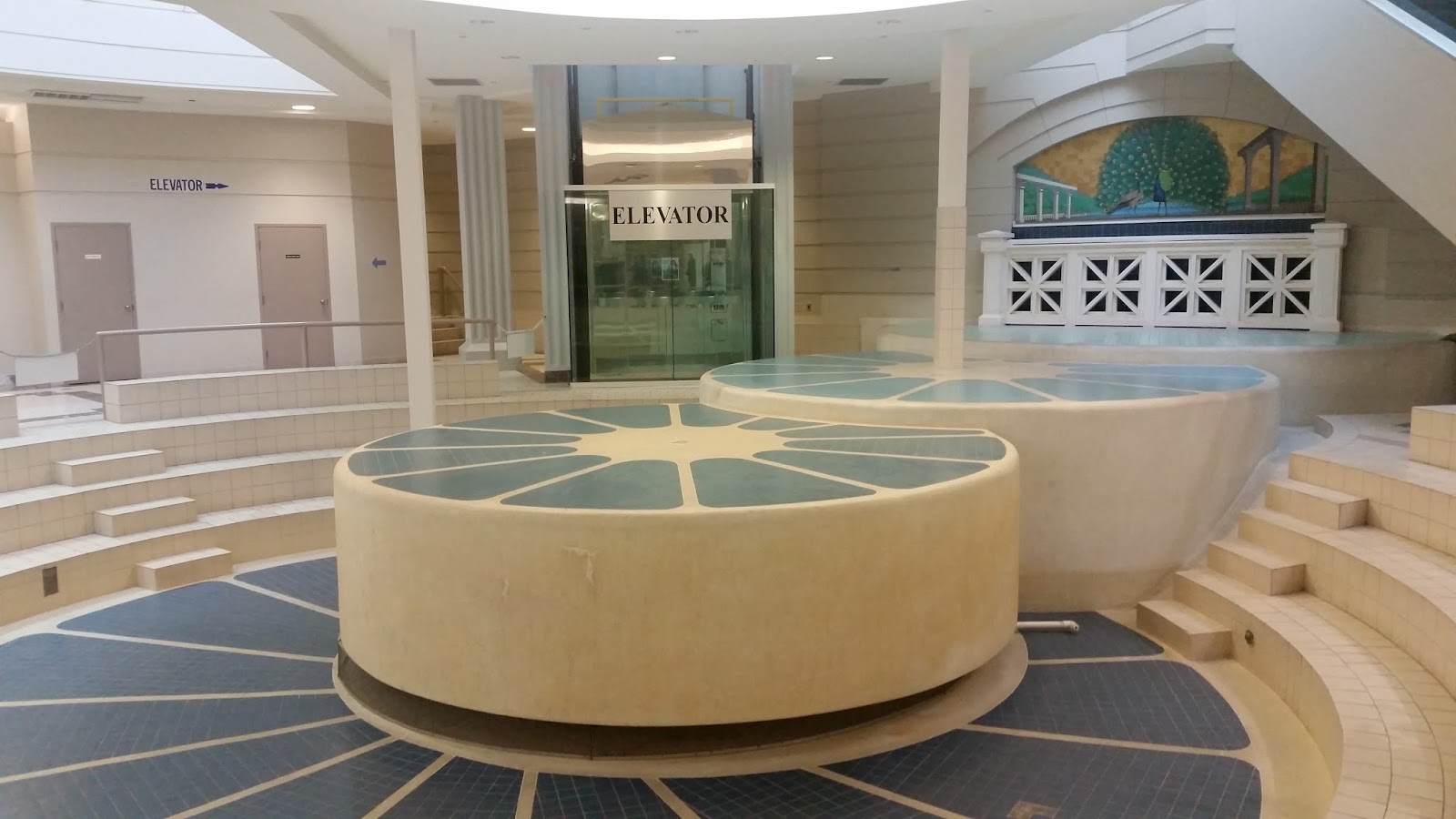 What we have here is an old water fountain at the lower level of Sheridan Centre. You can see water was designed to flow from those cylindric structures into the wading pool below, where there was space for people to sit around, relax and put their feet in the water.

There appears to have been an allusion to the movies, since those cylindric structures resemble old movie reels. The peacock in the background behind the white gate seems synonymous with allusions of a once majestic space.

If this space was renovated, perhaps it would make a good amphitheatre for shows and performances. That would be better than just having it sit empty. I used to go to karate school, and once upon a time we did an exhibition at Dixie Park Mall out on the east side of Mississauga. Square One also has an open space where they host various events, as well as Santa's Village during the Christmas season.

Photo from the Sheridan Library

Oh wait, did you even know that there is a branch of the Mississauga Library at Sheridan Centre? I bet you didn't, mainly because there is virtually no signage anywhere outside the mall or even inside that is displayed prominently enough for people to see. Talking about hiding word knowledge from the public.

I don't mind it being inside the mall, but at least have the common sense to put up some visible signage letting people know that a library exists down there in the depths below. 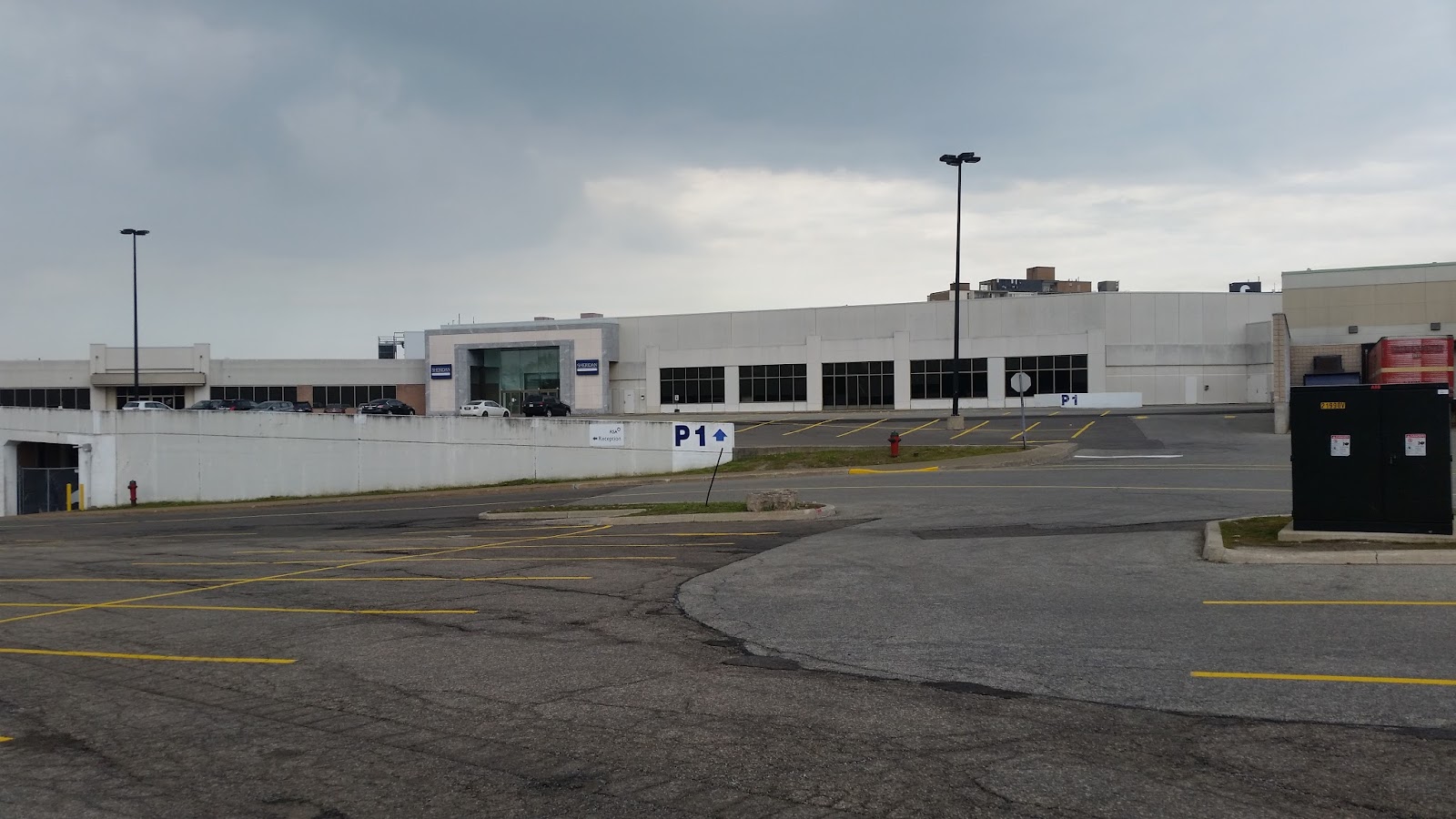 Finally, if someone is looking to film a zombie apocalypse movie in an ideal location, why not try going behind Sheridan Centre just behind Metro? This used to be the Eatons before they long ago pulled out, and the underground garage off to the left is for employees of Royal and Sun Alliance, the insurance company. 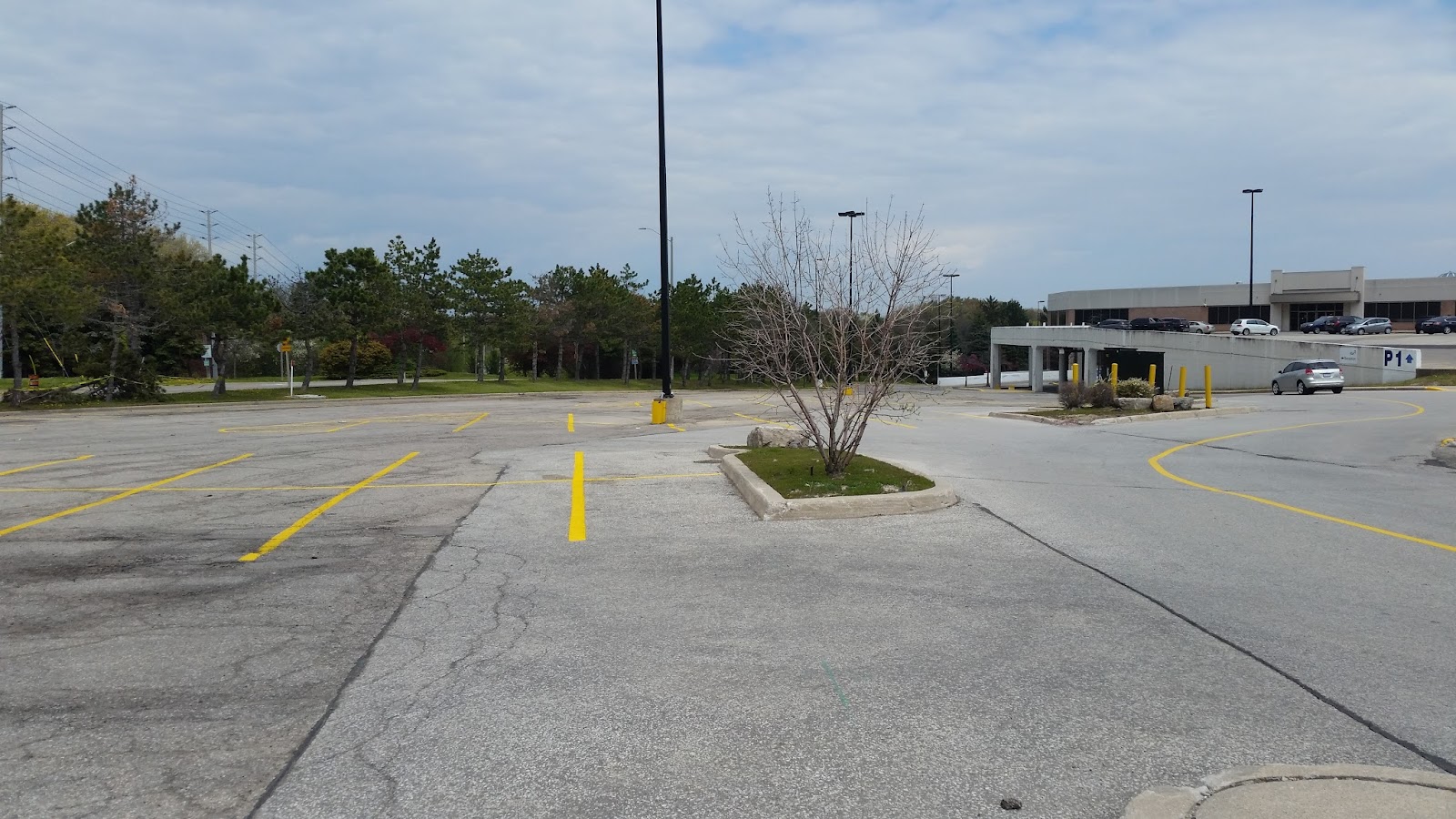 Here is another angle. You can see vast swaths of empty parking spaces as far as the eye can see. To be fair, the above picture was taken on a Saturday afternoon and the insurance company usually isn't open on weekends, but still, if there's nothing in the giant space over there, there's really no incentive for anyone to use this parking lot other than for the occasional young driver practicing their back-ins and three point turns.

Maybe a good way to use this space is to rezone it so something like, say, a vertical farm? Better than nothing at all.

The surprising thing is that Sheridan Centre is juxtaposed by a rather wealthy looking neighbourhood in Mississauga called Sherwood Forrest, the name shared by the fictional setting of Robin Hood. It even has street names to match (Robin Drive, Maid Marian Place, Friar Tuck Court), and you can tell that a significant chunk of those who are in the so-called "one per cent" reside here based on some of the beautiful homes.

It just seems like such a contrast to walk through a beautiful, leafy neighbourhood like Sherwood Forrest, then emerge from the 'forrest' to see it right next to a half-dead mall like Sheridan Centre.

Do you love Sheridan Centre the way it is, or do you think they can do much better?

5 unbuilt projects that could have changed...
Top 5 Chicken on the Rocks in Mississauga
Five fun things to do this weekend that are...
Top 5 chicken sandwiches in Mississauga
5 fun ways to make the most out of your...
END_OF_DOCUMENT_TOKEN_TO_BE_REPLACED