What Does the City of Mississauga Spend its Money On? 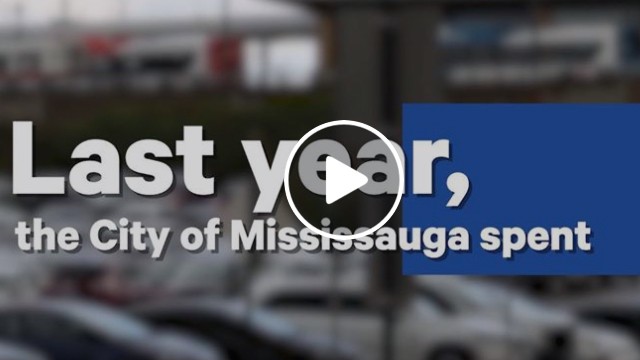 When residents hear about potential property tax hikes, some react with anger (who is overspending and therefore asking for more of my money?) and concern (will I be able to continue living here?).

Few people think about where, exactly, the city’s money goes.

In Mississauga’s case, the financial story has changed significantly because the municipality has grown from a sprawling but sleepy bedroom community to a semi-urban space that’s welcoming immense development (the LRT, mega condo communities such as M City, the Lakeview and Port Credit development projects, etc.). The city has grown–and so, too, have its expenses.

To give residents a transparent breakdown of the municipality’s revenues and expenses, the city released it 2016 Annual Report Highlights–a highly visual look at Mississauga’s financial health.

According to the document, the city boasts 768,000 residents in 72,200 acres of space. Its government consists one one mayor and 11 councillors and it’s home to 72 Fortune 500 companies.

It has issued $1.3 billion in construction permits and currently boasts $8 billion in capital assets.

So, what is the city spending its money on?

As far as debt goes, the city says it “uses debt very conservatively.”

“In 2016, the City issued $37.6 million of debt to help fund capital investments that safeguard our infrastructure, bringing the City’s total debt balance to $134.4 million at year end. This level of debt is substantially below the debt capacity limits for municipalities specified in provincial regulation,” the report reads.

The city also has $327.3 million in reserve funds.

Going forward, it’ll be interesting to see how the city generates revenue in a city with growing infrastructure projects (and it doesn’t look an HST hike is in the cards). Unlike Toronto, Mississauga can’t propose public road tolls, so we’ll have to see how the city adjusts to growth–and accumulating expenses–going forward.