What Does Ontario Budget Have for Mississauga in 2017?

This past week, the Ontario provincial budget was delivered by Mississauga MPP and current provincial Finance Minister Charles Sousa. This budget marks the first balanced budget in almost a decade under a provincial government that dates its time in office back to 2003. According to Minister Sousa, the deficit was reduced from a peak high of $19.3 billion to a being balanced for this fiscal year and the next two fiscal cycles as well. 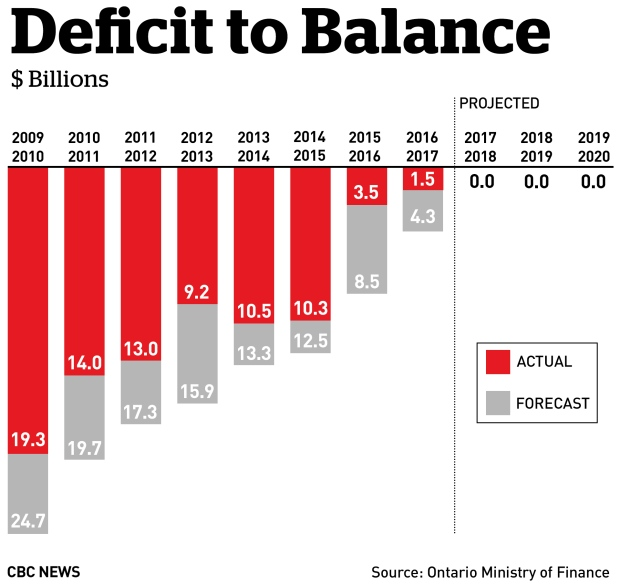 While paying attention to deficits and debt, and actually understanding the difference between the two and how it affects an average resident of Mississauga, the GTA and across Ontario, most of you are probably wondering what's in this 2017 budget that would directly affect you.

This is a short list of some of the spending items, but here are five items from the budget that are worth paying attention to, whether they received the most media attention or something minor but still important:

The main item that has gotten the most attention is the new pharmacare program to provide free prescription drugs for anyone under the age of 25, without copays or deductibles. The Liberals pegged this new program at a price tag of $465 million per year. Minister Sousa said that his officials had been working on a pharmacare program for at least a year, but the political timing is rather convenient since the Ontario NDP recently announced that they would bring in a province-wide pharmacare program themselves should the Ontario NDP win the 2018 provincial election.

However, the pharmacare plan the Liberals put in their budget is slightly different from what the NDP is proposing. Whereas the NDP promises a "universal" plan that covers everyone, the Liberals have capped off the eligibility as mentioned earlier, with the additional caveat that 'free' drugs would be provided to anyone under 25 regardless of family income or whether they already have private insurance.

The costing is about the same between the two parties' proposals (the NDP plans to spend $10 million more for their plan than the government). However, while the NDP plan only covers 125 drugs, the Liberal program intends to provide coverage for up to 4,400 drugs, including antibiotics, asthma inhalers, diabetes medication and attention deficit and hyperactivity disorder medication. It also includes oral cancer medication; hospital-based medication is already free in Ontario.

So what one can take away from this plan is that if you're within the millennial demographic, regardless of your life circumstances, the provincial government is giving you 'free' prescription drugs. But of course in looking at the general scope of things, this pharmacare program isn't free; Mississauga and Ontario residents will pay for it through provincial taxes.

Finally, in regards to providing drug coverage no matter what circumstance, that doesn't make much sense. Would it not make more sense to have this program targeted to low income families? People would have an easier time understanding the merits of this program if the reasoning was geared towards helping the vulnerable.

Another piece of good news for young millennials, at least those who are recent post secondary graduates, are changes to the Ontario Student Assistance Program (OSAP). The Liberals have announced that the minimum salary one would now require before they would have to start paying back OSAP is going to be $35,000, which is up from $25,000 the year before.

This change will take effect in September 2017, making it applicable to students graduating in the spring or fall of this year. Other measures also decree that if students have an RESP, it will no longer affect the financial assistance they receive. The province will also give mature students (anyone out of high school for 4 years or more) the same access to OSAP supports as younger students.

It would seem in the long run, this move would make it easier for a student who had to take OSAP to pay it back, since they would have to get a higher paying job that pays them at least $35,000 a year, which last I heard is the minimum salary for a Bay Street entry level position. If you were earning $25,000 a year, that basically means you were working minimum wage at either retail or waiting tables at Denny's; not exactly a great starting point for someone graduating with a bachelor's degree who can't find a job in the field they studied for.

The other good thing for people who finish high school but choose to postpone post-secondary is that they are still eligible for OSAP.

So, maybe you wanted to work a bit, earn some money, travel, and then when you're ready, you go to university or college. Coming back after taking time off and knowing when you are ready to go into post secondary life, as opposed to the straight route from high school right into post secondary, should not be a factor when it comes to OSAP eligibility requirements.

When you get caught speeding and the police pull you over and ask for your driver's license, vehicle ownership, and proof of insurance, you might not realize that not having that third piece of information can result in an additional violations besides the speeding ticket? "Failure to provide proof of insurance," doesn't mean you don't have insurance; it just means you didn't have proof you had it with you at the time. The proof of insurance is typically what is known as the 'pink slip' that insurance companies should be providing you along with your auto insurance policy.

The provincial budget has announced that it is changing the rules surrounding how drivers can show proof of auto insurance, allowing almost 10 million Ontarian drivers to use their mobile phones to provide proof instead of a pink paper slip. As an incentive to drivers, the province is also requiring insurance companies to offer a discount to policyholders that opt for electronic proof of insurance.

So no more fumbling around your glove compartment over that overhead flap above your driver’s seat for that pink slip you may or may not have remembered to have on you the next time you get asked for it by the authorities. But in the meantime, keep your pink slip on you just in case your mobile phone breaks down for whatever reason.

The Ontario Liberals will spend more than $200-million next fiscal year to increase accessibility and affordability of licensed child care. Minister Sousa announced that the budget would create additional licensed spaces in 2017-18, allowing 24,000 more children up to four years of age to access care, which was part of a previously announced plan to create licensed space for 100,000 more children. However, 16,000 of those spaces will be subsidized.

In a somewhat related announcement in terms of the realm of child care, full-day kindergarten classes will be capped at 30 by 2017-18 and then 29 by 2018-19. Nothing much shocking on this front; the Ontario Liberals since the McGuinty era have been capping class sizes as part of their education policy plank since 2003.

During last year's budget, the provincial government tied increases in tobacco taxes to the rate of inflation. Echoing federal tax increases on tobacco announced during last month's federal budget, Ontario has now abandoned this plan, opting to raise taxes above the rate of inflation, with the first increase of $2 a carton effective April 28. Tobacco taxes will then rise by an additional $10 a carton over the next three years.

If there is one thing that people don't complain much about raising taxes on, it's definitely those awful cancer sticks!

The entire Ontario Budget for 2017 can be read here