What does Mississauga cabinet swap mean? 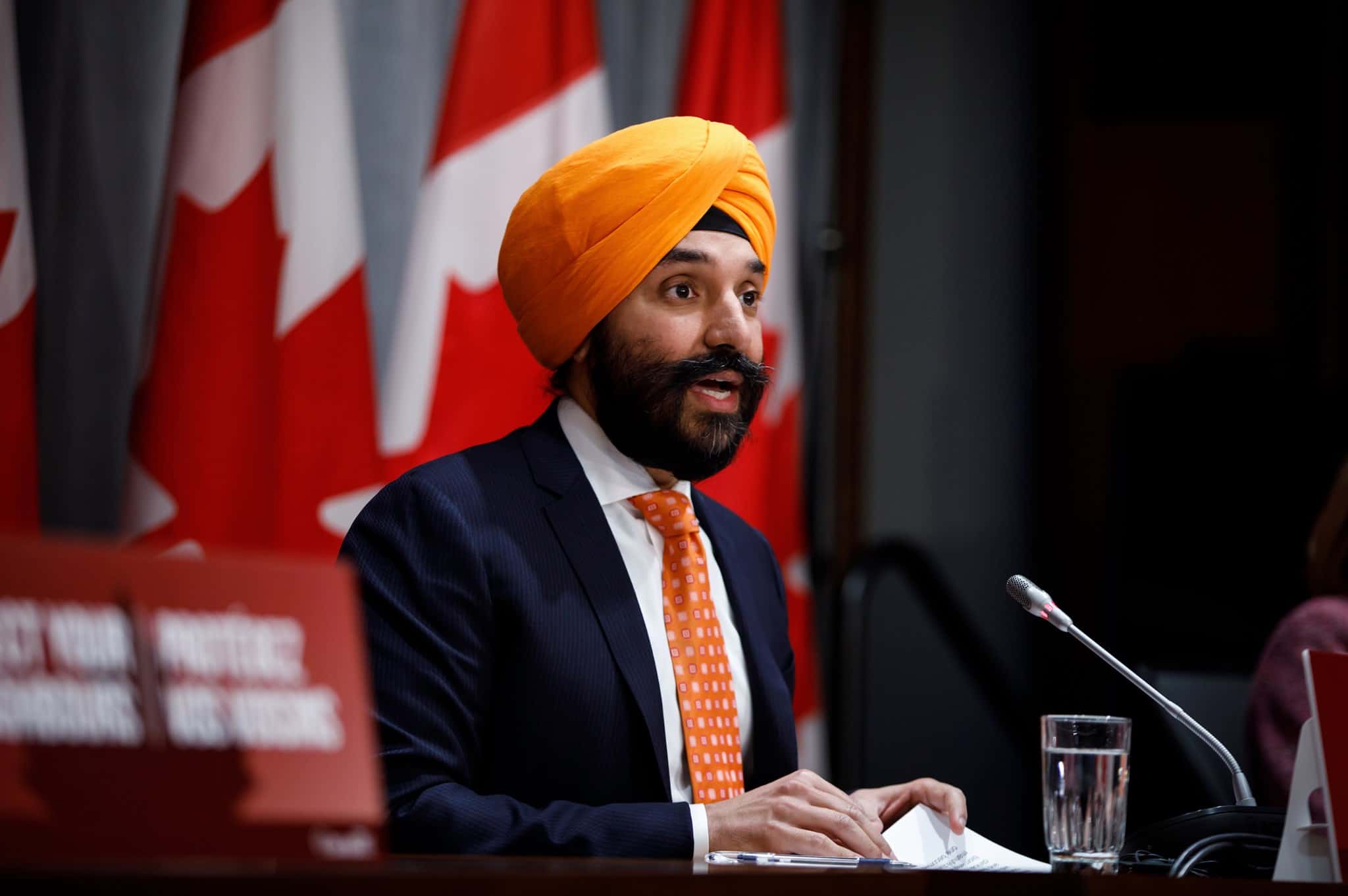 There is a bit to unpack from the recent cabinet shuffle announced by Prime Minister Justin Trudeau on Tuesday, January 12, which was prompted by one of his top allies leaving politics.

Navdeep Bains, the Minister of Innovation, Science and Industry, announced he was stepping away from cabinet to spend more time with his family. Bains, who represented Mississauga in two different ridings from 2004-2011 and since 2015 in Mississauga-Malton, added that he will not be running for reelection.

He will complete his term as MP until whenever the election is called, and given the minority government situation that may be as early as this spring. Given that Bains, 43, has two young children at home, his decision seems timely.

The Prime Minister also replaced Garneau in Transport with Omar Alghabra, the MP for Mississauga Centre. Given that Bains was almost the de-facto political minister from the Peel Region, this move fills the hole that Bains left behind.

Alghabra, who served a brief stint as MP from 2006 to 2008 before losing reelection, lost again in the 2011 election before getting reelected back to Parliament in 2015. Since his reelection, Alghabra served as a Parliamentary Secretary in various portfolios prior to the appointment to cabinet.

What this means for the City of Mississauga

Judging by the response on social media, some city councillors are pleased with Alghabra’s promotion and are looking for opportunities to bend his ear on some high-profile transit ideas. On Jan. 12, Ward 9 Councillor Pat Saito congratulated Alghabra and suggested he explore the Missing Link idea, a proposed project that will, if implemented, bring two-way, all-day service on existing GO Transit rail lines (such as the Milton line that runs through Mississauga).

Congratulations @OmarAlghabra for your Cabinet appointment. Once you get settled we can talk about the Milton GO line and the Missing Link. @RobTrewartha

Mayor Bonnie Crombie also took to social media to congratulate the new Transport Minister, adding that the city looks forward to working with him on “building public transit in the GTA and beyond.”

What this means for federal Liberals…

It’s easy to say that going from Foreign Affairs to ‘Innovation, Science and Industry’ sounds like a demotion, but Champagne has been seen by some political observers as a potential Liberal leadership contender when Trudeau eventually steps down. Going to a portfolio that requires handling vast amounts of government money and networking with stakeholders isn’t a bad spot to land for someone looking to build up his public profile.

But there may be another darker reason for moving Champagne away from a job that requires speaking with foreign governments: it was previously reported that Champagne has mortgages estimated at $1.2 million with the state-owned Bank of China. Being potentially open to foreign influence to a country, which Canada has had a strained relationship with as of late, could be bad optics for someone running Global Affairs Canada.

Garneau, who as an astronaut became the first Canadian in space, maybe a more sobering presence on the world stage. As the Americans transition to the Biden-Harris administration, there is less of a need in the Trudeau government to have a hard-charging, more assertive top diplomat that can ‘stand up’ to the United States, a position that was needed during the Donald Trump years.

Bains may be done with politics…for now

As for Mississauga, although spending more time with one’s family is always a good decision, it’s not as though the door to Bains’ political future is completely closed. The Ontario Liberals, currently led by Steven Del Duca, may not be successful in ousting Doug Ford’s Tories in 2022.

If Del Duca doesn’t deliver, his time as OLP leader may be short, especially if he doesn’t win his own seat. Bains has a reputation for having a strong political presence from organizing for Trudeau’s leadership bid years ago and since then. He could be a contender to replace Del Duca if the OLP don’t get back into government.

But another politician that should be more concerned is Crombie.

In my view, it’s not the random fringe candidate or even a locally prominent businessperson railing against high taxes that the mayor should be concerned with should she seek a third term. Her most potent challenger could be the candidate that is A) well known and from one of the city’s prominent ethnic communities and B) one that can organize really, really well.

Navdeep Bains definitely fits both those categories if he decides down the road that he’s not done with politics…or that politics isn’t done with him.

With files from Ashley Newport