What Are Ontario’s Most Affordable Cities? 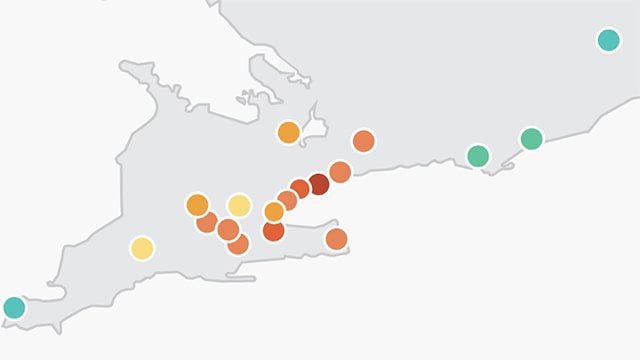 But not every city is superbly costly.

As anyone paying close attention to the housing market knows, Ontario home prices aren’t quite as high as they were at the peak of the real estate market in April 2017. But even though the province took steps to cool the market with its Fair Housing Plan (which was was introduced just over a year ago), affordability remains an issue.

To see which cities in Ontario are the most and least affordable, Toronto-based real estate website and brokerage company Zoocasa compiled the home-price-to-income ratios in each of the province’s major markets, using median household incomes from Statistics Canada, and average April 2018 home prices provided by the Canadian Real Estate Association (CREA).

Using this measure, Toronto and some of its surrounding municipalities ranked at the bottom for affordability–surprising, well, no one.

However, Zoocasa says that there were also some surprises, as cities further from the GTA such as Peterborough, Niagara and Kitchener also ranked low in affordability.

What does that mean?

Zoocasa says this discovery suggests that there could be growing demand from buyers priced out of the GTA that are willing to commute from much further afield – and incomes in these cities have not caught up to the average home price.

Here’s a look at affordability across the province:

As you can see from the infographic, the GTA–which includes Mississauga–is the least affordable region in the province, boasting average home prices (meaning all home types combined) of a whopping $804,584.

The Halton region also boasts some decidedly unaffordable spots, with Oakville being named one of the province’s least affordable towns.

The five most affordable cities include:

So, who’s moving to Thunder Bay?