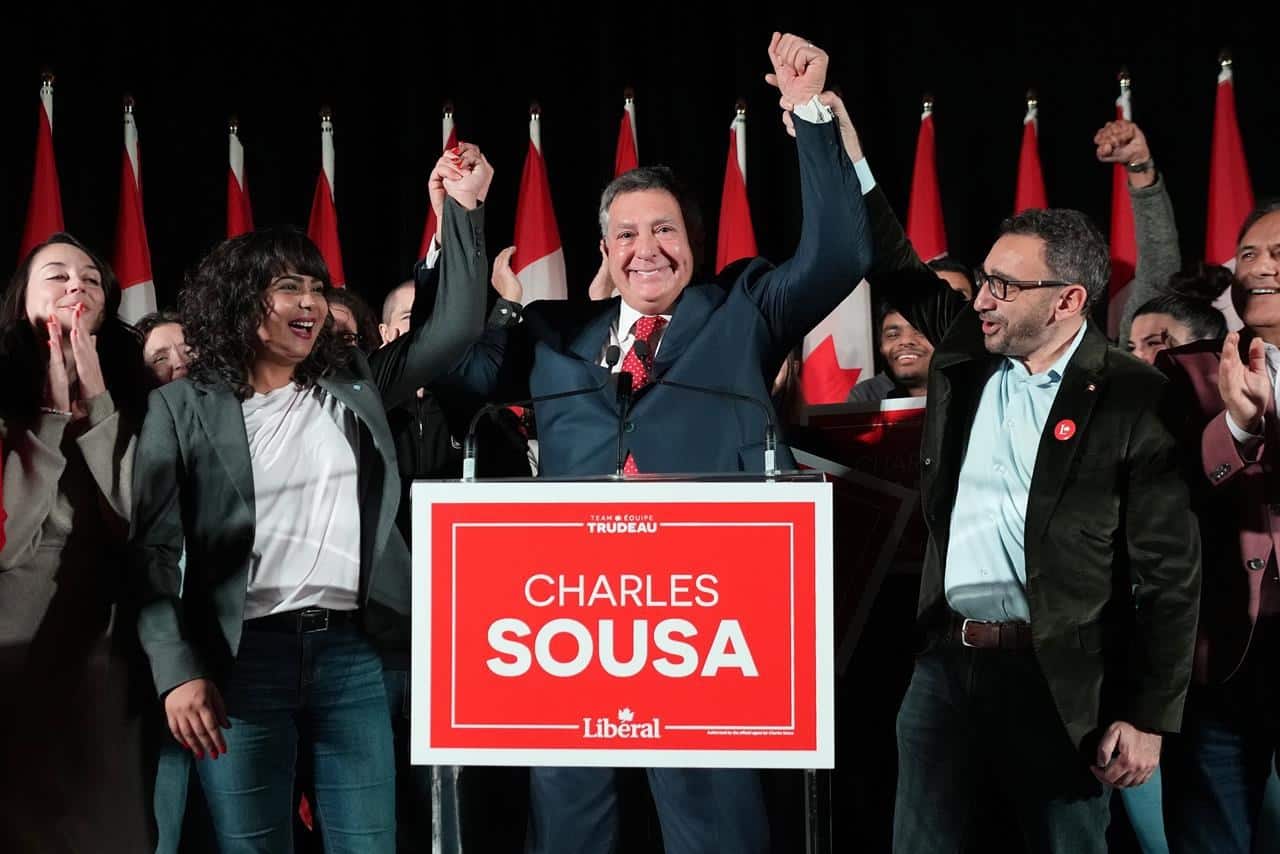 A Liberal win in a federal byelection in Ontario before the holidays has some Conservatives feeling a little blue — and a little worried about what happened to the New Democrats.

Former provincial cabinet minister Charles Sousa handily won the riding of Mississauga-Lakeshore Monday night in a race that saw just over a quarter of eligible voters cast a ballot.

The Conservatives had been tempering expectations for their candidate, local police officer Ron Chhinzer, given Souza’s high profile.

The byelection was the first since Pierre Poilievre took the reigns as party leader and the Tories captured just over 37 per cent of the votes.

The Liberals took just over half the votes, and the NDP saw their share fall to just under five per cent — about half of what it was in the 2021 federal election.

Philippe Fournier, who founded 338Canada and models electoral projections based on polls, says even though the riding isn’t traditionally friendly to the NDP, the result shows the party is “in trouble.”

Dan Robertson, a former chief strategist for the Conservatives, says that illustrates a larger issue for the Tories: NDP voters turning to the Liberals to block a Conservative win, which is a trend he thinks could worsen under Poilievre.