Whale transferred to U.S. aquarium from Marineland dies, no plans to replace it 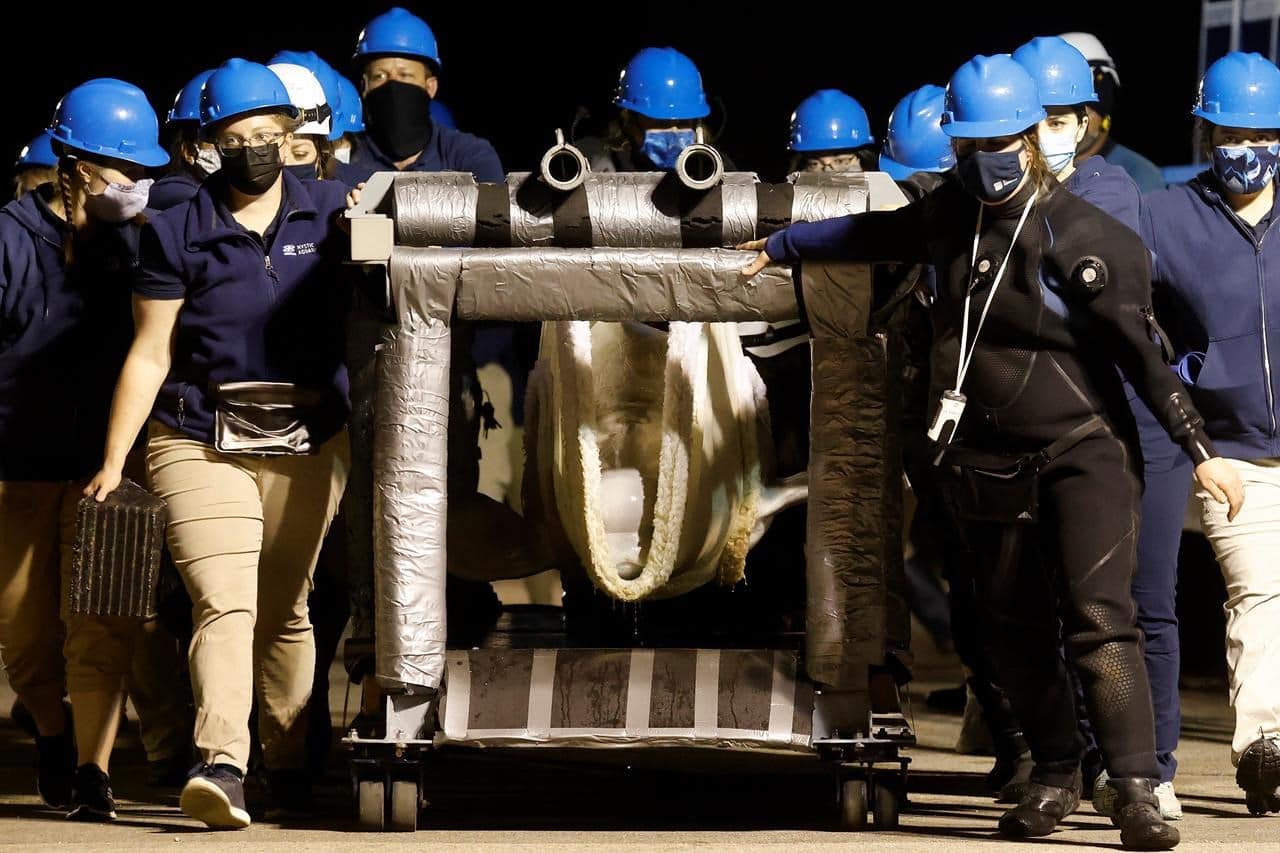 An American aquarium says a beluga whale transferred to its facility from Marineland has died and there are no plans to find another to take its place.

The whale came to the Connecticut facility with four other female belugas in May after a years-long deal was completed with Marineland, a tourist attraction in Niagara Falls, Ont.

Those whales joined three other belugas at Mystic and all were to be part of several research projects approved by the U.S. government.

“There are no plans to add another whale to the habitat at this time,” said Jonathan Dedmon, a spokesman for Mystic Aquarium.

An animal welfare organization sought to block the transfer of the whales in U.S. court, but a judge declined to issue an injunction. Both Canadian and U.S. federal governments signed off on the move.

“Mystic Aquarium’s team of veterinarians and animal care experts devoted the full capacity of their expertise to this beluga, providing round-the-clock medical treatment, testing, and 24-hour monitoring in an effort to help him recover,” Mystic said in a statement.

“The whale had been in treatment for gastric ulcers that he had developed before arriving, and had been showing signs of improvement throughout his acclimation period.”

The American aquarium said the pre-existing condition was being controlled and Havok was stable in his last days at Marineland before the move.

The exact cause of death has not yet been determined, but the University of Connecticut will be conducting a full examination, the aquarium said.

“We will also continue to carefully monitor the other beluga whales, who are healthy and behaving normally,” Mystic said. “The information we have indicates that this is an isolated situation and that none of the other whales have had their health impacted.”

Marineland did not respond to a request for comment on the death of the transferred whale.

It found on May 10 — the same week the five belugas were moved — that all marine mammals at Marineland were in distress due to poor water quality.

Inspectors issued two orders to Marineland that day to repair the water system in the pools that house beluga whales, dolphins, walruses, sea lions and one killer whale, according to documents obtained by The Canadian Press from the Animal Care Review Board, a quasi-judicial agency that deals with disputes and appeals in animal welfare cases.

On May 18, Marineland appealed the orders, emphatically denying the animals were in distress, and noting that an unknown number of whale deaths at the park were not related to the water issues.

Plans to move whales to Mystic hit a snag last December after several belugas at Marineland became sick, according to documents filed with the National Marine Fisheries Service in December.

For one whale named Frankie, health concerns included “esophagitis and gastric ulcerations with ongoing active regurgitation,” Mystic wrote in an amendment to import the whales. The whale also had a gastrointestinal infection that was potentially transmissible.

Another whale, Mira, had a respiratory fungal infection and lesions on her blowhole, while a whale called Qila had “a diagnosis of septic gastritis with ongoing active regurgitation.”