If you’re going to be out on the spookiest night of the year, look up to the sky for a special view.

This Halloween (Saturday, October 31), we’re going to see an extra special full moon that’s different from other full moons in a few ways, according to The Weather Network.

It’ll be the first Halloween full moon we’ve seen in a whopping 19 years, with the last one happening in 2001.

“Technically, though, in 2001, while the Moon was considered full on the night of October 31, it didn’t actually reach its completely full phase until very early in the morning on November 1,” said The Weather Network.

“To have a Halloween Full Moon timed the same as we are seeing this year, we have to go all the way back to 1944!”

This makes it not only the third micromoon we’ve seen this Fall, but the farthest full moon of the entire year, earning it the title of 2020’s ‘apogee’ Full Moon. 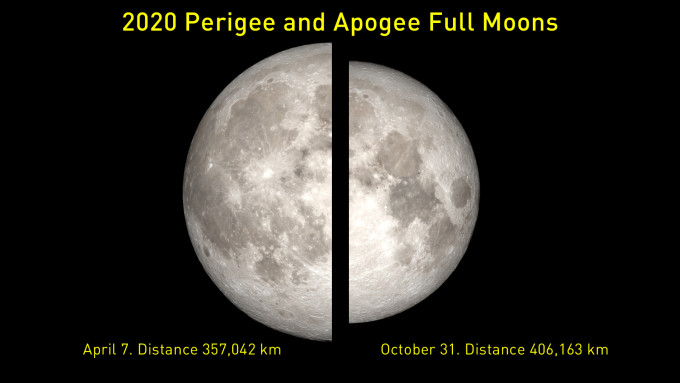 Finally, the October 31 Hunter’s Moon will be the second full moon occurring in the same calendar month, making it a blue moon (blue in a “rare” sense, not so much a literal sense).

All in all, it can be classified as a Halloween Hunter’s Blue Micro Moon.

“The last time we had a Halloween Blue Moon, though, was in 1974, although just barely! The Moon was actually full on the night of October 30-31, but it officially reached its full phase after midnight on the 31st. We again have to go all the way back to 1944 for an actual Halloween Blue Moon.”

It’s a rare occasion indeed, so enjoy it while you can — the next Halloween full moon is expected to be 19 years from now, in 2039.

More information on the Halloween blue moon can also be found at earthsky.org.

Here’s when Marshalls will officially open at Erin Mills Town Centre in Mississauga
Mississauga might still be in lockdown—and will remain shuttered until at least March 8—but some stores are still opening in some of the city's most popular shopping centres.
END_OF_DOCUMENT_TOKEN_TO_BE_REPLACED