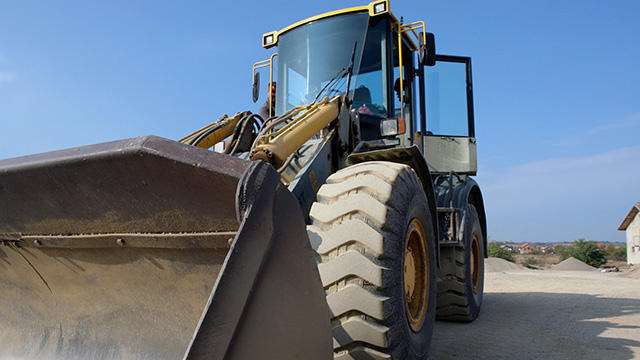 For April, that is.

“Notably, the national inventory of newly completed and unabsorbed multi-unit dwellings has been stable over the same period, indicating that demand for this type of unit has absorbed increased supply.”

Here are the monthly highlights:

The total housing starts trend in the Toronto CMA remained virtually unchanged in April. High house prices continued to deter buyers from purchasing single, semi-detached and townhome pre-construction units, and this lower demand has resulted in fewer starts for these types of units. Conversely, condominium apartments’ relative affordability continues to fuel their demand. As a result, the first quarter of 2018 saw the most apartment starts recorded in a quarter in over 40 years.

In April, starts in the London CMA trended higher for the first time in five months. Rental apartment starts proved to be the most notable engine of growth this month, followed by single-detached and row starts. Although starts have moved off their recent peak, they remain in the vicinity of decade highs. Strong spillover demand from a tight resale market has kept new construction robust.

Housing starts in Kingston trended higher in April, as more single-detached and multi-unit housing starts, including rental apartments, got underway. In fact, builders have started more rental projects for the third month in a row in anticipation of stronger rental demand from students and an aging population. Kingston’s vacancy rate at 0.7% in fall 2017 was the lowest among 16 Ontario CMAs.

Housing starts in the Vancouver Census Metropolitan Area (CMA) continued their strong trend throughout April. Year-to-date starts were up for both single and multi-family units as builders continue to maintain a high level of under construction inventory in response to high demand in the apartment and condominium markets. The City of Vancouverand the North Shore have seen the strongest activity so far in 2018.

Housing starts activity in the Kelowna CMA picked up significantly in April, driven in large part by the multi-unit segment. The recovery in housing starts activity, almost rivalling the record starts seen in April 2017, was the result of some large apartment rental and condo projects getting underway. Multi-unit housing demand, both rental and ownership, remains strong in the Kelowna CMA, while vacancy rates and homes listed for sale remain low.

The pace of total housing starts slowed further in April after construction in both single-detached and multi-family sectors trended lower from the previous month. Year-to-date housing starts in Saskatoon were down by 36%, compared to the same period of 2017.

Housing starts increased sharply in the Montréal CMA in April, thanks to the start of construction on a number of large condominium projects and rental properties. From January to April, a 20-year record number of condominiums and rental units were started. The strength of the job market, which is supporting housing demand, combined with both the small number of condominiums for sale and the area’s low rental apartment vacancy rate are likely encouraging developers to build many new units.

A low vacancy rate paired with continued in-migration to the Charlottetown area is driving demand for multiple units so far in 2018. The volatile multiple segment was up considerably on the inclusion of recent new project construction activity.

CMHC uses the trend measure as a complement to the monthly SAAR of housing starts to account for considerable swings in monthly estimates and obtain a more complete picture of Canada’s housing market. In some situations analyzing only SAAR data can be misleading, as they are largely driven by the multi-unit segment of the market which can vary significantly from one month to the next.

Rural starts were estimated at a seasonally adjusted annual rate of 16,289 units.