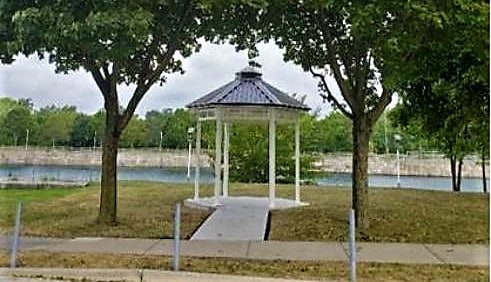 When Welland began performing weddings this year at the Clear View Gazebo behind the Civic Square, Ontario was still in Step One. So the City put its foot down on a 10-person maximum at the outdoor service.

Now that the Province began Step Three today (July 16), how many people can come?

Still just 10, a member of the City Clerk’s office told us over the phone.

“We realize the Province has moved forward with their numbers but we decided to keep it at 10,” she said.

“You have room for the bride, the groom, whoever’s officiating, the two attendants (maid of honour and best man) so that leaves five guests.”

At the moment, Welland will only perform the services outdoors in the gazebo, which was a Community Improvement Project for 2020.

The view from the gazebo is quite picturesque as it overlooks the Welland Canal.

(Photo courtesy of City of Welland)