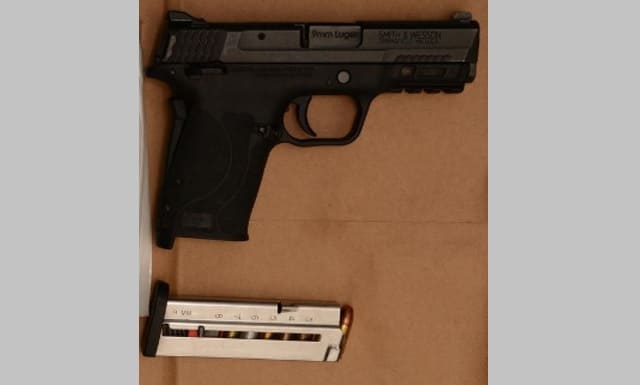 A woman in Welland called the police on Monday after she believed shots were fired through the ceiling of her home.

That led to a Niagara police investigation that entailed three separate search warrants, which led to weapons and ammunitions seizures and a 41-year-old man facing multiple charges. The police allege that the man could not produce a licence and registration certificate for the gun that police have seized.

The Niagara Regional Police Service says it was contacted around 10 a.m. on Feb. 21 with a report that shots had been fired at aa multi-unit residence in the area of Plymouth Road and Third Street in Welland. A female resident believed someone shot a firearm through the ceiling, and responding officers established where the shot was fired from, which led to the eventual arrest.

While executing the search warrants over the course of Monday and the following day, NRPS officers recovered several items:

Jason Leblanc, 41, of Welland, was arrested and taken into custody. He is awaiting a bail hearing and faces trial on the following criminal counts.

Anyone with information that might further assist this investigation is asked to contact the Niagara Regional Police Service at 905-688-4111, ext. 1023300.