Welland an award finalist after turning brownfield into fire station 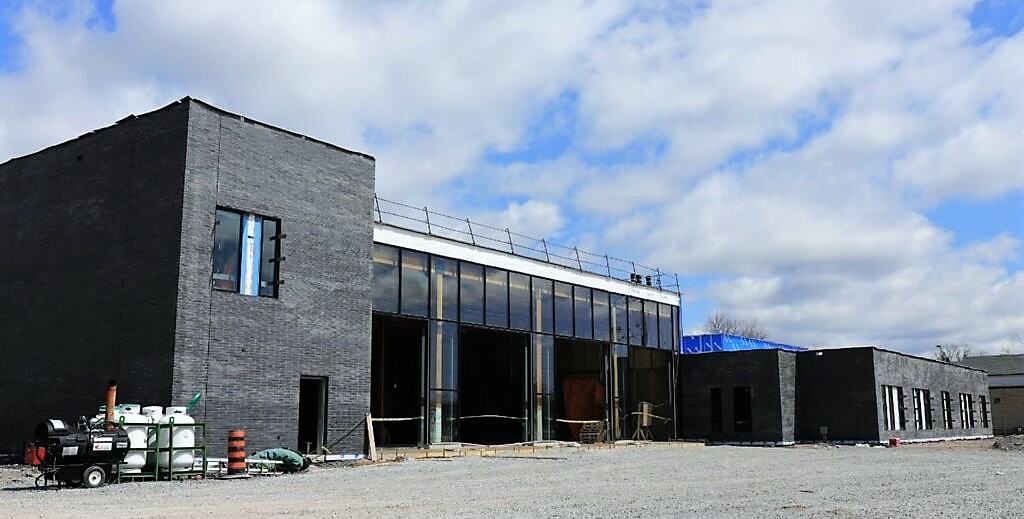 The Welland Fire Station at 400 East Main Street, shown here in May just before construction was completed, is up for an award after the city turned brownfield into its new site. (Photo: Moses Structural Engineers)

Welland effectively took eight acres of brownland – a run-down, former industrial eyesore of a site – and put something very productive there, instead – their brand new Fire Department headquarters.

While that would seem like a pretty big win for the city, it just got better. Their efforts may be rewarded.

That new Fire Department Headquarters is now a finalist in this year’s Brownie Awards.

Founded in 2001 by the Canadian Urban Institute, the Brownie Awards recognize “the innovative efforts of professionals who rehabilitate sites that were once contaminated, under-utilized, and undeveloped by remaking them into productive residential and commercial projects that contribute to the growth of healthy communities across Canada.”

In other words, taking old, ugly brownfields and putting something beneficial there, instead.

The new headquarters sits where the former Atlas Steels lands were at 400 East Main Street. The former steel company had been closed since 2003.

The Welland building is a finalist in the refocus category, the fire station is recognized for “its ability to use alternative lenses to see remediation and redevelopment from different perspectives other than economic and
environmental ones.”

“We were excited to hear that the fire department’s new headquarters is a finalist for this award,” said Welland Fire Chief Adam Eckhart.

“A fire station that allows the City to provide the necessary safety response and services was paired with the effort to design a building that not only remediated a brownfield site but also exceeds the National Energy Code.”

The project, which began in the concept stages in 2018, saw ground remediation work that continued into 2020.
Construction and site work was completed in September 2022, achieving a 55 per cent improvement above the National Energy Code on performance with an estimated return on investment of approximately eight years.

The site is also responsible for the retention of stormwater. As a result, water used in firefighter training will recirculate to the pond and be used repeatedly.

Additionally, the berm at the rear of the site provides significant environmental benefits, including being seeded with native species to support the local habitat, reducing soil diversion to landfills, and providing a sound barrier.

The City worked with the Niagara Peninsula Conversation Authority (NCPA) and Niagara College to help naturalize the berm.

Winners of this year’s Brownie Awards will be announced on November 14.