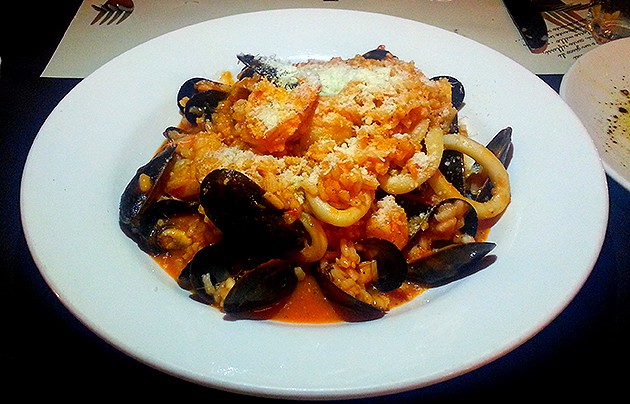 We’ve always said that Mississauga’s food scene can stand up against anyone else’s and it looks like, once again, we’re right.

One of Mississauga’s very popular Italian restaurants has just made a very exciting list–and rightfully so.

Casalinga Ristorante, located in the southwest corner of Mississauga on Royal Windsor and Southdown, has made the list.

“From trattorias serving classic Italian comfort food to enotecas with outstanding wine offerings, this list highlights the diversity of Italian cuisine across the country such as Villa Rosa Ristorante in Penticton, British Columbia, and Italian by Night in Saint John, New Brunswick,” OpenTable said in a statement. “Including establishments with multiple locations, Ontario has the greatest number of restaurants included with 50, followed by Alberta with 21, British Columbia with 15 and Québec with eight. Manitoba and Nova Scotia each have two restaurants recognized while New Brunswick and Saskatchewan are also represented on this list.”

So the competition was pretty stiff–especially when considering how beloved Italian fare is.

It’s also impressive to consider the other restaurants accompanying one of Mississauga’s best kept (until now) dining secrets.

Other restos on the list include Blu Ristorante in Toronto’s sophisticated Yorkville neighbourhood, Cibo Wine Bar in Toronto, The Distillery Bar + Kitchen in Vancouver, Kitchen76 at Two Sisters Vineyards in Niagara-on-the-Lake, Toca at the Ritz Carlton in T.O., Scaramouche Pasta Bar (also in T.O) and more.

“Italian fare ranks as the most popular type of cuisine among Canadians,” said Ziv Schierau, head of national accounts for OpenTable Canada. “From traditional recipes and cooking methods to more contemporary takes on Italian cuisine, these restaurants showcase a variety of dining experiences perfect for any occasion.”

The 100 Best Italian Restaurants in Canada list is generated from more than 515,000 restaurant reviews collected from OpenTable diners between September 1, 2016 and August 31, 2017. All Italian, Modern Italian and Pizza (as a primary cuisine) restaurants with a minimum “overall” score and number of qualifying reviews were included for consideration. The restaurants were then sorted according to verified diner reviews.

You can see the entire list of restaurants here.