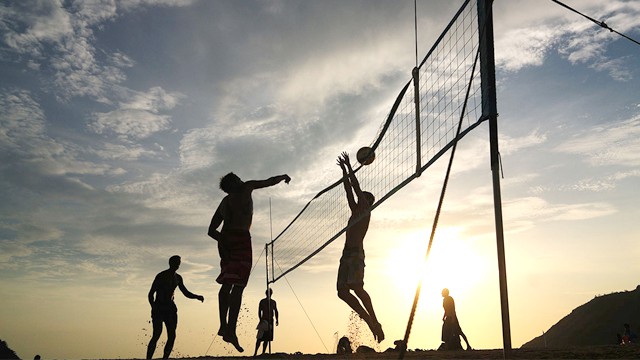 On September 30, Mississauga City Council approved a motion for the development of a beach volleyball facility on the City of Mississauga’s waterfront at Lakefront Promenade Park in Ward 1. The courts will be used for the 2016 Ontario Summer Games and will have an ongoing community legacy.

“Having a beach volleyball court in Mississauga was something that was proposed by Councillors Fonseca, Mahoney and I during the bid for the 2016 Ontario Summer Games,” said Ward 9 Councillor Pat Saito. “Beach volleyball is a very popular sport with a large following. During the Pan Am Games, the majority of the beach volleyball games were sold out. We saw this as an opportunity to bring this type of sustainable business to our waterfront and have the facility ready in time for the Summer Games.”

Saito added, “Showcasing the sport amenities and venues in Mississauga is a primary goal of the City’s Sport Tourism strategy. The new beach volleyball facility will be one of the highlights for the Ontario Summer Games and will become a legacy toward future use,”

Tovey indicated that “Lakefront Promenade Park was an ideal location because of its existing amenities like washrooms, parking, restaurant and food vendor proximity and its waterfront location.”

“This new waterfront facility will provide active living opportunities for local residents and will generate sustainable revenue for the City through the management of an adult league, recreational programming and facility rentals for tournaments,” said Paul Mitcham, Commissioner of Community Services. “The facility will be completed in time for the Summer Games and will be fully operational by the spring of 2017.”

The approved cost for the facility will require a budget commitment in 2015 of $669,000, with $367,950 of funding coming from the Capital Reserve Fund and $301,050 being funded by Development Charges (Recreation Reserve Fund).

Construction for the facility at Lakefront Promenade Park is set to begin this fall. Construction will be completed by June 2016 in time for the Ontario Summer Games which Mississauga will be hosting in August 2016. More than 3,500 athletes from across the province will participate in summer sporting events at venues and facilities across the city.