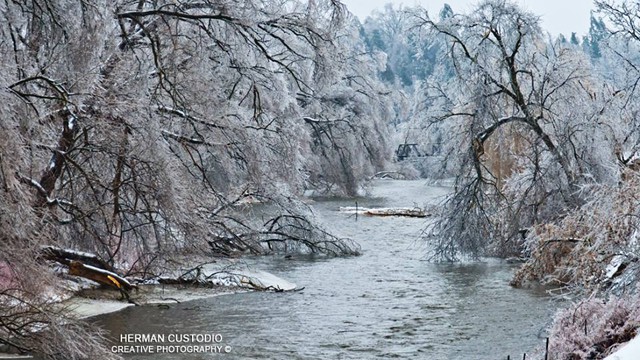 A water safety statement is in effect for Brampton and surrounding regions until January 17.

A water safety statement is in effect for Brampton and surrounding regions until January 17.

According to the report, Environment Canada is predicting that freezing rain will bring about 20 mm of precipitation throughout the day on Tuesday to the GTA. The weather agency reports that the rain will begin in the early morning hours and continue until early afternoon before shifting to traditional rainfall as temperatures rise.

Toronto and Region Conservation (TRCA) are reminding people that the expected rainfall will result in higher than normal water levels and flow, along with possible ice break-up in rivers and streams. TRCA is also warning that ice buildup on the ground, especially in combination with slippery and unstable banks, unsafe ice and cold water temperatures, will create hazardous conditions close to rivers, streams and other bodies of water.

Authorities are advising people to exercise caution around all bodies of water and be particularly vigilant about keeping children and pets away from slippery and unstable banks.

The water safety watershed conditions statement will be in effect through Tuesday, Jan. 17.