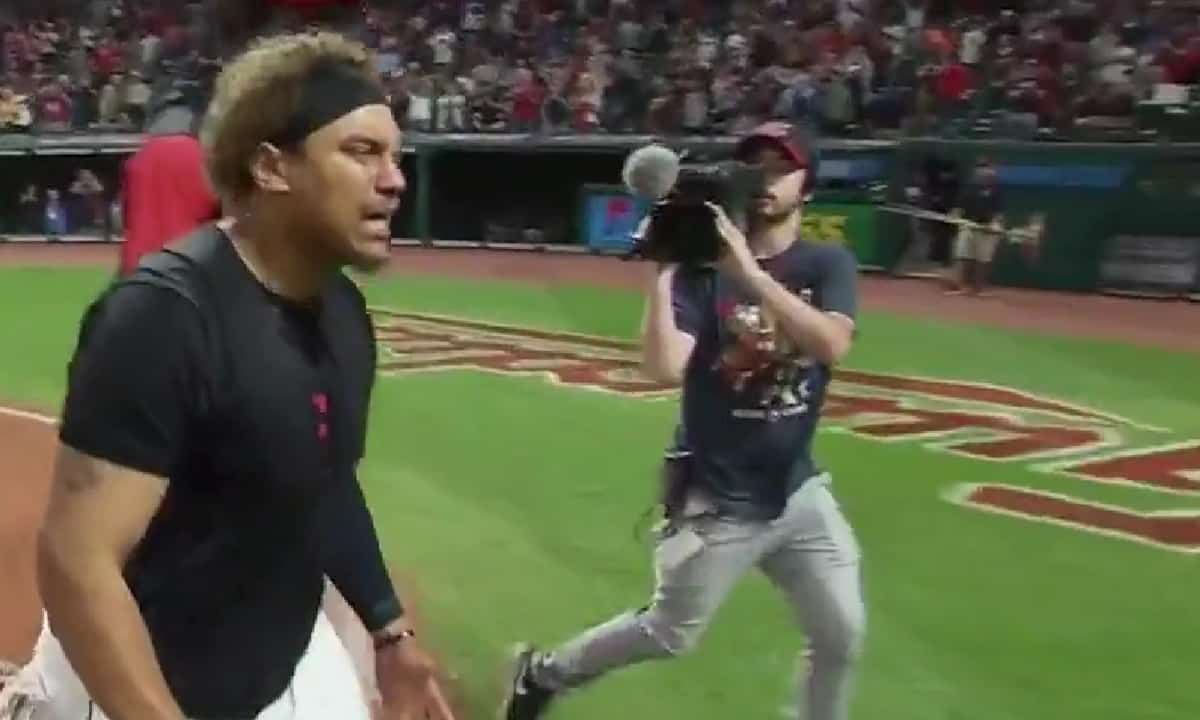 Josh Naylor had a nice night, what with the walk-off home run and the celebratory head-butt of his own manager.

The Mississauga native hit his first career walk-off home run in Major League Baseball on Wednesday night. Naylor swatted an opposite-field two-run home run that lifted the Cleveland Guardians to a 7-6 victory against the division rival Minnesota Twins. During the celebration, which led one Twitter user to liken him to “walking caffeine,” Naylor gave a head-butt to Guardians manager Terry Francona, who had thought ahead by grabbing a batting helmet. 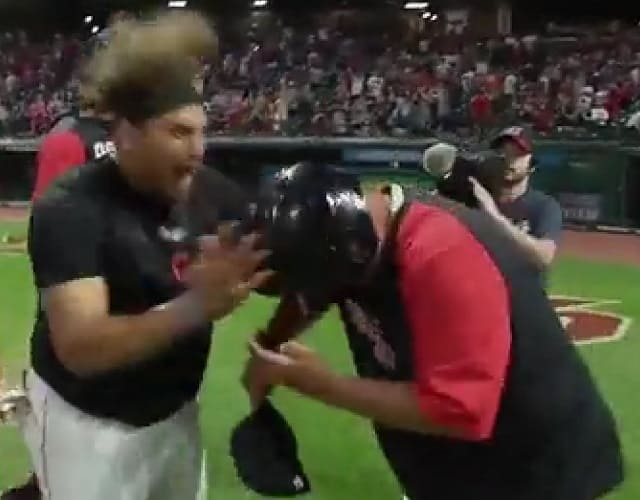 The popular sports site Jomboy Media described Naylor, favourably, as a “walking maniac.” The home run capped a four-run rally by the Guardians, who were down 6-3 after Minnesota’s turn at bat in the top half of the 10th.

Naylor also made some MLB history last month when he had eight runs batted in (RBI) during another Guardians extra-innings comeback win against the Chicago White Sox. In that game, which was on the road, he hit a game-tying grand slam with two out in the ninth inning and hit a go-ahead three-run homer in the 11th. In doing so, he became the first player in MLB to have eight RBI in the eighth inning or later of a game since the statistic was first officially recorded in 1920.

Naylor, who turned 25 last week, has been giving Cleveland a reliable middle-of-the-order RBI producer. So far this season, he is second on the Guardians with 41 RBI thanks to a .328 on-base percentage and .492 slugging percentage.