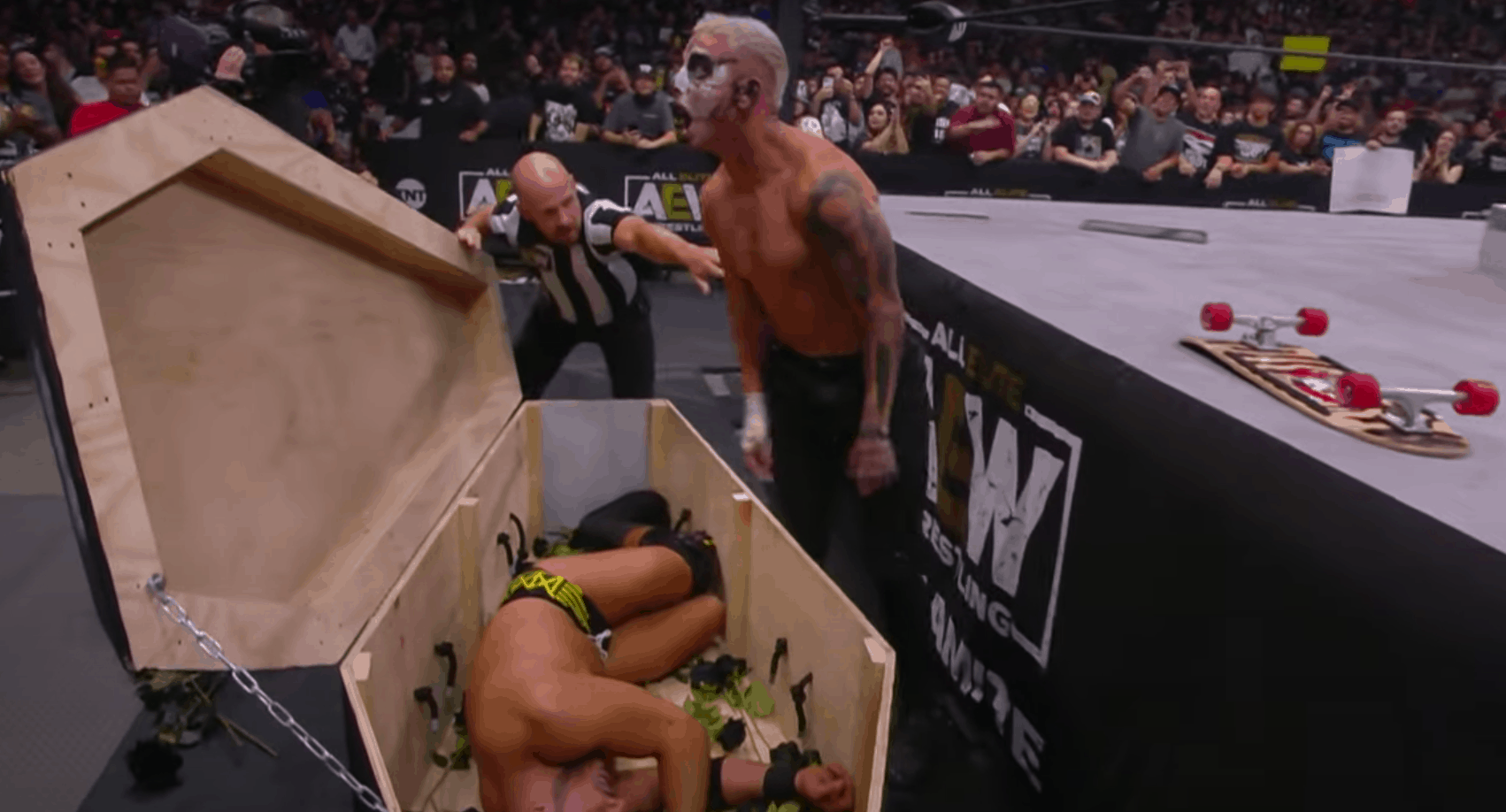 Stoney Creek, Ontario’s “All Ego” Ethan Page solidified his spot as a future top guy at All Elite Wrestling (AEW) on Wednesday (July 14).

Page put on a show in losing to Darby Allin in AEW’s first-ever Coffin Match at Dynamite: Fyter Fest

Allin used his skateboard to double stomp Page’s back, sending him into the coffin. Allin then slammed the lid shut to pick up the victory.

Wrestling’s notorious daredevil wasn’t done there. Once the match was over, Allin climbed to the top rope and hit his finisher, the Coffin Drop on Page who was still inside the enclosed coffin.

The action is everywhere in this #CoffinMatch!

Page debuted in AEW on Mar. 7 at the Revolution pay-per-view as a mystery participant in the “Face of the Revolution” ladder match.

He is a two-time Impact World Tag Team Champion with his former partner and fellow Canadian, Josh Alexander. The duo was called The North.

Ethan Page also competed in Ring of Honour and Evolve.

All Elite Wrestling was founded in 2019 by Tony Khan, the co-owner of the Jacksonville Jaguars of the National Football League and Fulham F.C. of the English Premier League.

Canadian wrestler Kenny Omega, as well as Cody Rhodes and Matt and Nick Jackson (Young Bucks), serve as both in-ring performers and executives with the company.