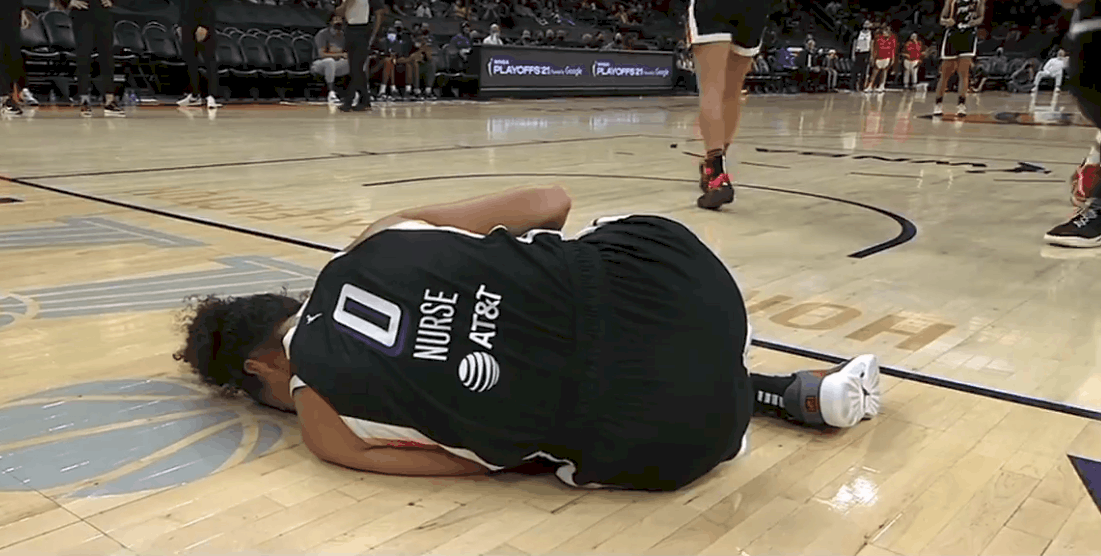 Hamilton-born Kia Nurse of the Phoenix Mercury suffered an ACL tear in her right knee during the first half in Game 4 of the 2021 WNBA semifinals against the Las Vegas Aces on Oct. 6, 2021.

Hamilton, Ontario-born basketball star Kia Nurse will miss the remainder of the WNBA playoffs after suffering a torn ACL in her right knee.

The Phoenix guard suffered the injury just 39 seconds into the Mercury’s 93-67 loss to Las Vegas in Game 4 of their best-of-five WNBA semifinal series on Wednesday (Oct. 6) night.

“I think that threw them for a big punch,” Mercury coach Sandy Brondello said after the game. “I think it showed how important Kia Nurse is for us.”

The team had Nurse on its injury list for Friday’s series finale but hasn’t released details on the severity of the injury.

Nurse planted awkwardly when her layup attempt was blocked by A’ja Wilson. The 25-year-old from clutched her right knee and screamed with pain before she was helped off the court.

Nurse started in every regular-season game for Phoenix this year, averaging 9.5 points a game and 36 per cent shooting from three-point range. The two-time Olympian played her first three WNBA seasons for the New York Liberty.

Friday’s Game 5 winner advances to the WNBA Finals to face the Chicago Sky.