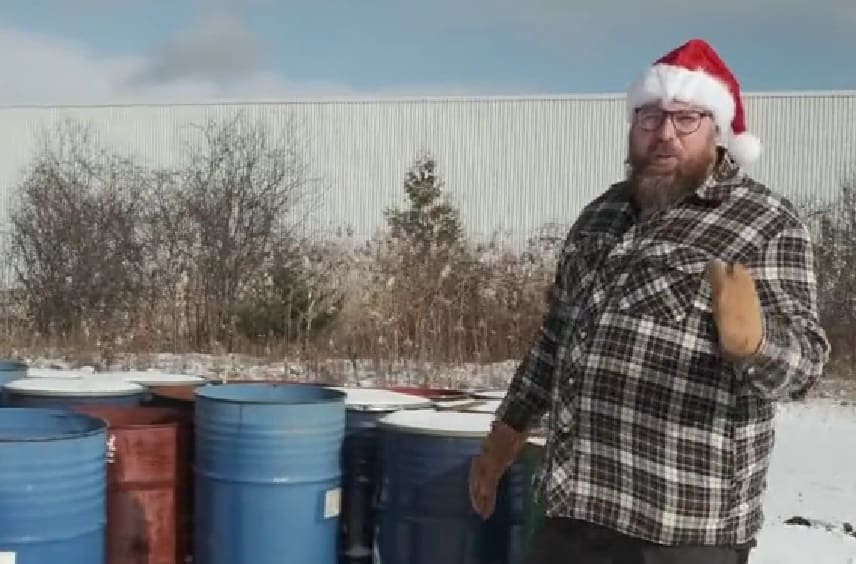 Hamilton labour activist Barry Conway might have conveyed the mood of some in Hamilton with a video that jokingly offers striking workers a good deal on a “burn barrel.”

On Sunday, Conway, who is a vice-president with Canadian Union of Public Employees local 5167, posted a video. Copping the cadence and delivery of a used-car dealer or personal-injury lawyer, Conway mock-offered a chance to buy a barrel in which picketing workers could build a fire to warm their hands over — with not one, but “guranteeed two skids” included with each barrel.

“We’ve got the latest models in barrels,” Conway says in the video. “Holes already installed for all your needs.

“New inventory is arriving every day,” he adds.

Are you looking to STRIKE!? Well come on down to Burn Barrel Barry's for all your Strike Needs!@osbcucscso @cupe_3906 #CUPESolidarity @Sflecce pic.twitter.com/OxSiYoMid7

Conway posted the video mid-Sunday afternoon, before CUPE-OSBCU education support workers, including about 1,500 in the two largest Hamilton school boards, reached a deal with the province that averts a strike. But Monday was the first day of a strike by CUPE 3906-member teaching and research assistants at McMaster University.

The #MacStrike has begun. Teaching assistants and research assistants are standing up for a #BetterMac. pic.twitter.com/S0no1P7F1F

Two and a half weeks ago, the some 55,000, majority-female education support workers whom CUPE-OSBCU represents were off the job for one day. There were also pickets in Hamilton during the recent brief strike by GO Transit workers who are part of the Amalgmated Transit Union (ATU) local 1507.

City transit service in Hamilton and Burlington was also altered during the ATU strikeout.

While there is a deal for the education support workers, contracts for all major teacher unions in Ontario elementary and high schools expired at Aug. 31. None of those four have an agreement yet with the Premier Doug Ford-led PC Party of Ontario government and its designate, Education Minister Stephen Lecce.