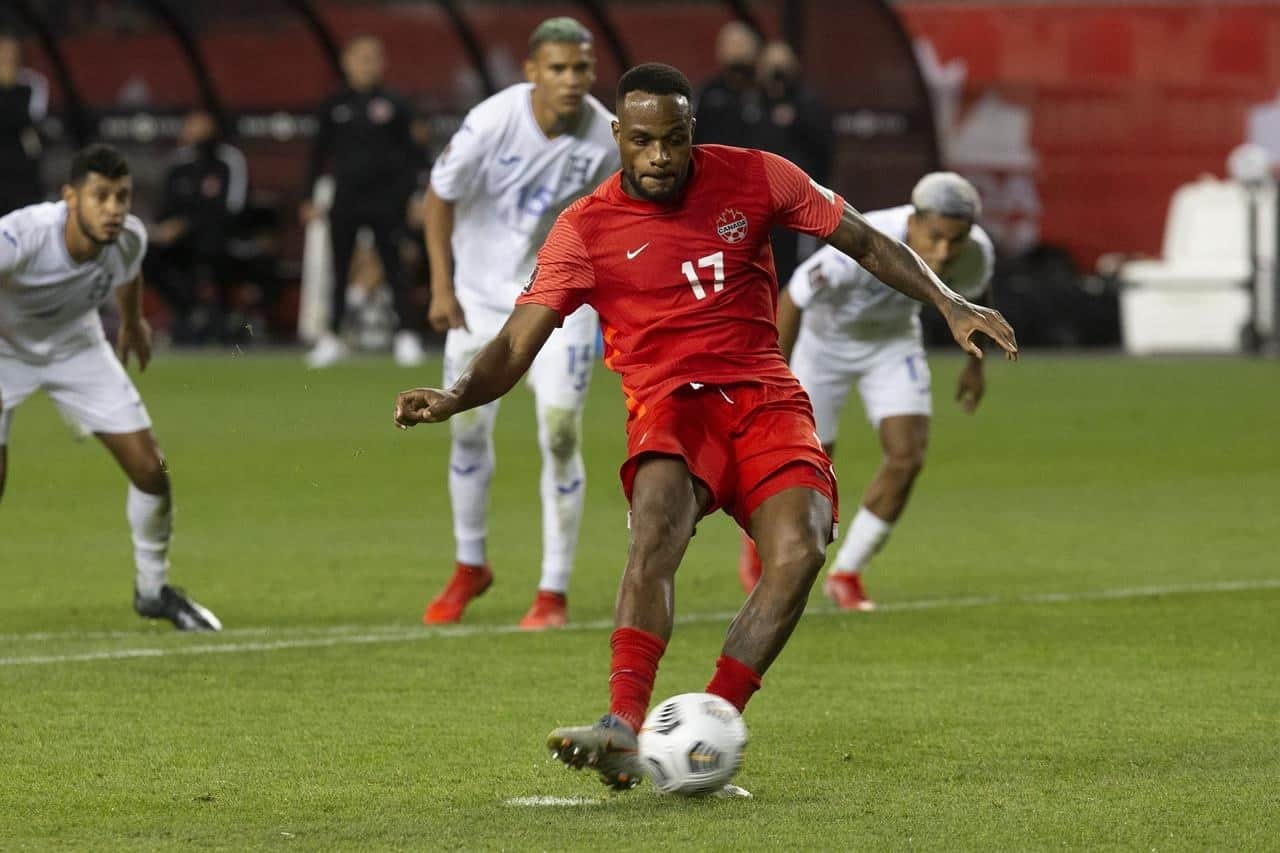 Soccer fans can cheer on Brampton’s World Cup hometown heroes as they take on the world with viewing parties at Garden Square.

This year’s tournament is the first time the Canadian Men’s National Team has qualified for the FIFA World Cup since 1986, and the City of Brampton is celebrating the occasion by broadcasting the games live at Garden Square.

During every one of Canada’s matches, Garden Square will be transformed with flags, muskoka chairs and picnic tables setup for viewing the games. Provided seating will be limited, so fans are encouraged to bring lawn chairs to ensure they snag a space.

There will also be games, soccer nets, and life-size cut-outs of Brampton players for fans to snap a photo with their favourite player.

“We are incredibly proud that so many of the Canadian Men’s National players will be representing Brampton on the world stage during the FIFA World Cup, and look forward to cheering them on as a city as we broadcast matches of the 2022 FIFA World Cup in Garden Square,” Brampton Mayor Patrick Brown said in a statement.

Canada has been placed in Group F and will play in three group stage matches, starting with Belgium on Wednesday (Nov. 23). Here are the dates and times for all of Canada’s matches at Garden Square:

Sunday’s broadcast against Croatia in Garden Square will have special guests including Brampton Soccer Club and Brams United Soccer Club, as well as local food vendors where fans can grab a bite to eat.

Canada will play in three group stage matches, with the top two teams in each group advancing to the knockout round of the tournament.

The Canadian men’s team won its final FIFA World Cup tuneup match against Japan on Thursday, thanks to a goal in extra minutes by Mississauga’s Lucas Cavallini and a game-tying assist from Brampton’s Atiba Hutchinson.

Hutchinson also has a soccer court being named after him in Brampton. Located at Century Gardens Recreation Centre, the court is smaller than a full soccer field and offers players a chance to strengthen their skill set while encouraging creativity on the pitch.